Peter Robinson and Mikala Dwyer are each renowned for their aesthetically distinct approaches to materiality, often demonstrated in large-scale sculptural installations.

“I knew of Mikala’s work through secondary sources such as Art & Text magazine and a series of small cool catalogues published by Sarah Cottier Gallery that were passed onto me like much loved hand-me-downs from Hamish McKay. But I first met her, along with Hany Armanious, at the MoMA bookstore in New York in 1995”, recalls Robinson. “Although this first encounter was literally a few minutes, it was a highlight of a 9-month trip through America and Europe. I was quite star-struck because Mikala and Hany were two of my favourite artists at the time and indeed remain so today.”

Over the past 25 years, a strong friendship has formed between New Zealand’s Robinson and Melbourne-based Dwyer. Despite the geographical distance—and as their practices developed—a certain synergy has emerged between their sculptural vocabularies, one that favours conceptually rigorous spatial relationships and immersive installations. The seemingly simple forms or haphazard gestures occurring within these installations belies the attention and value each artist bestows on the formal elements, such as composition, colour and texture of the artwork. In their own ways, the confidence in gestures and use of materials evident in their artworks, epitomises a generation of Trans-Tasman practitioners.

The following text is an extract from recent email correspondence between the two artists in which they discuss Robinson’s current exhibition, Notations.

I have never seen such beauty in the pools of flesh coloured plastic shards, almost a tenderness. I guess the care of placement no matter how fast or seemingly ramshackle is a spell of sorts— talismanic and fetishistic transfers of psychic energy between you and the stuff.

We are surrounded by this cheap shit, our species has created this stuff, we trade in it, we depend upon it—but we also hate it. The resin chairs are so often reviled but are so connected with community, celebrations and ceremony e.g. weddings, meetings, graduations etc. that it’s also hard to hate them. For me they perfectly encapsulate the double bind of capital. 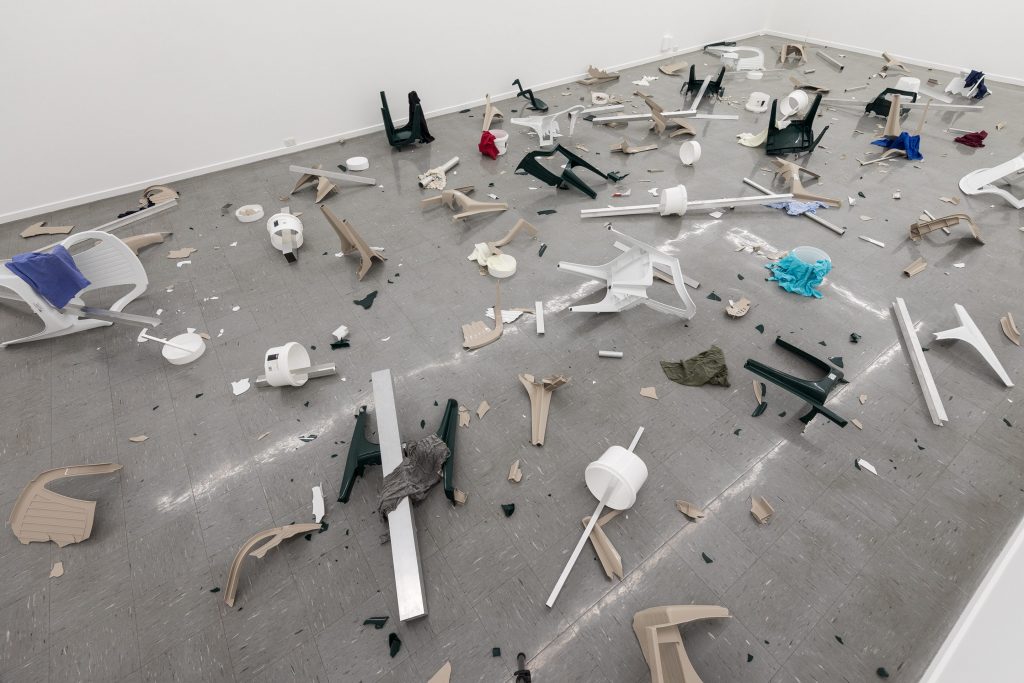