This new suite of paintings was developed specifically for a solo presentation of the artist’s work as part of this year’s edition of Spring 1883 at the Hotel Windsor. For this series, Manik has stitched together personal memories with imagery we might expect to find in a generic hotel environment, alongside scenarios depicting transient moments that often occur within them.

Manik’s referential language maintains a fundamental connection to derided or “low-brow” sources from popular and visual culture such as graffiti, google image searches or YouTube clips. In this body of work, the artist deploys the formulaic tropes of hotel art with artistic intentionality, challenging conventional ideas of authenticity, circulation, and so-called high/low modes of production. 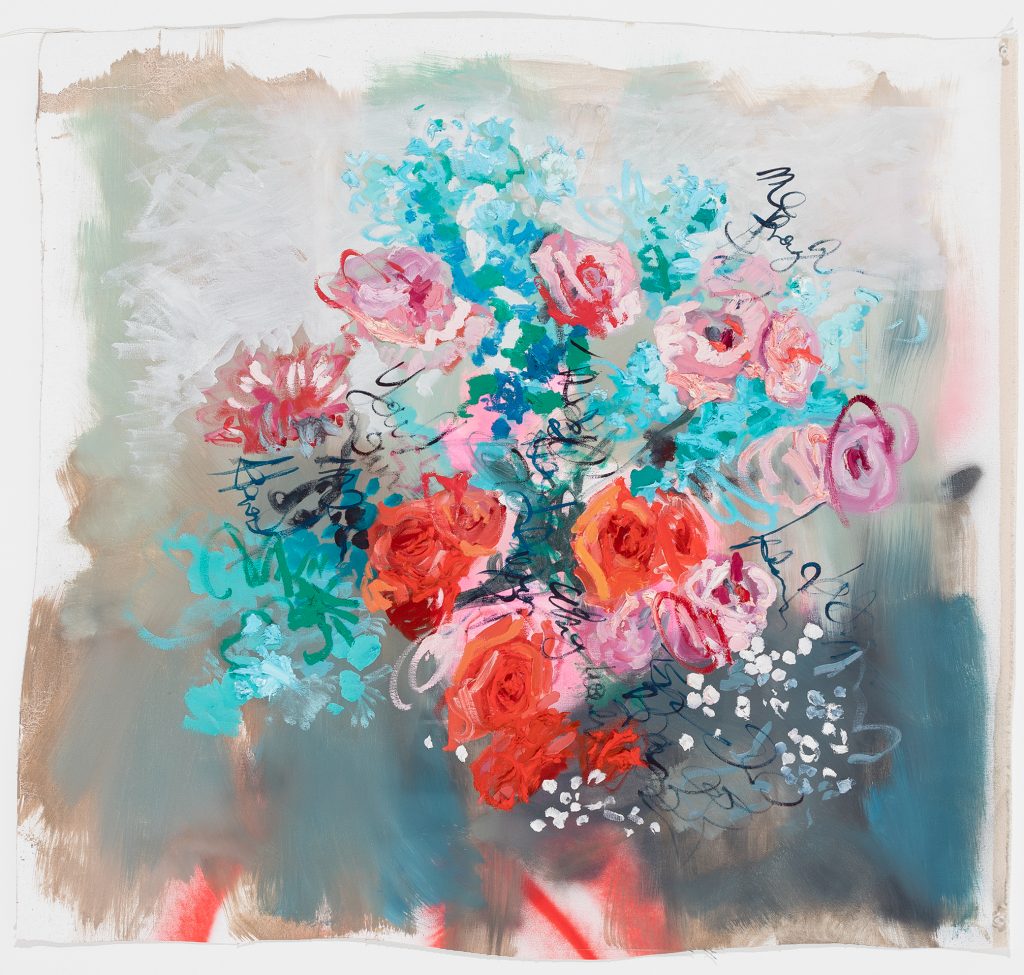 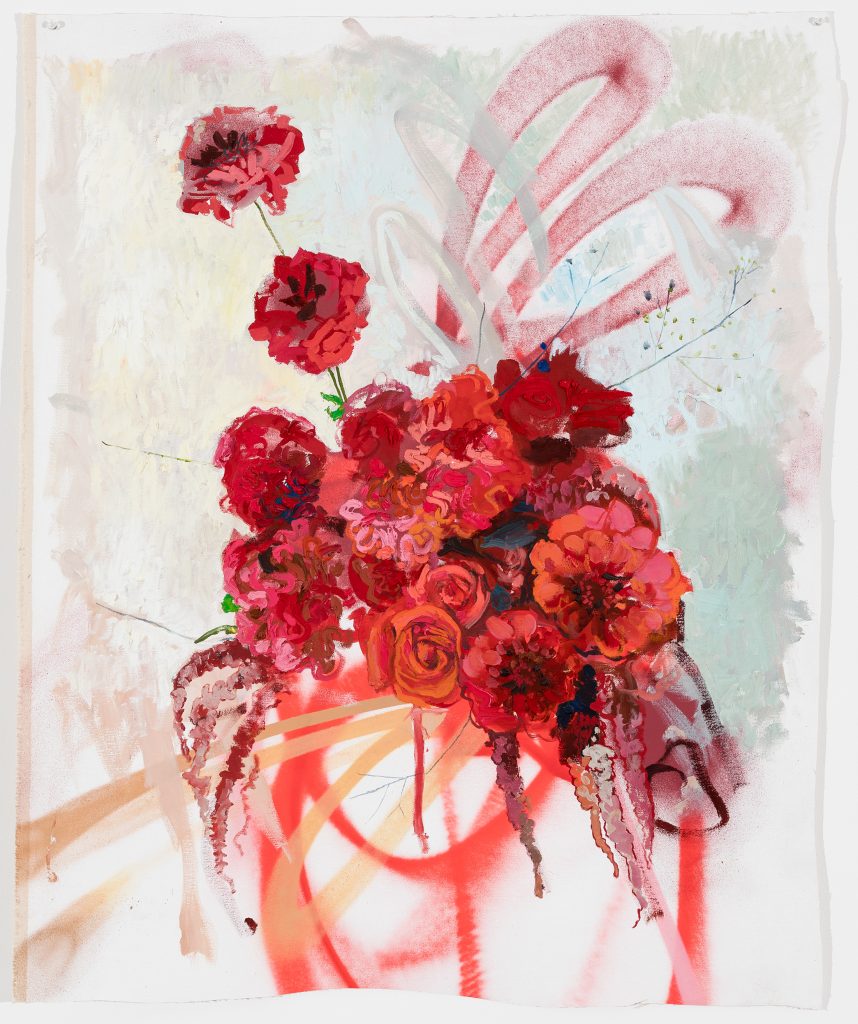 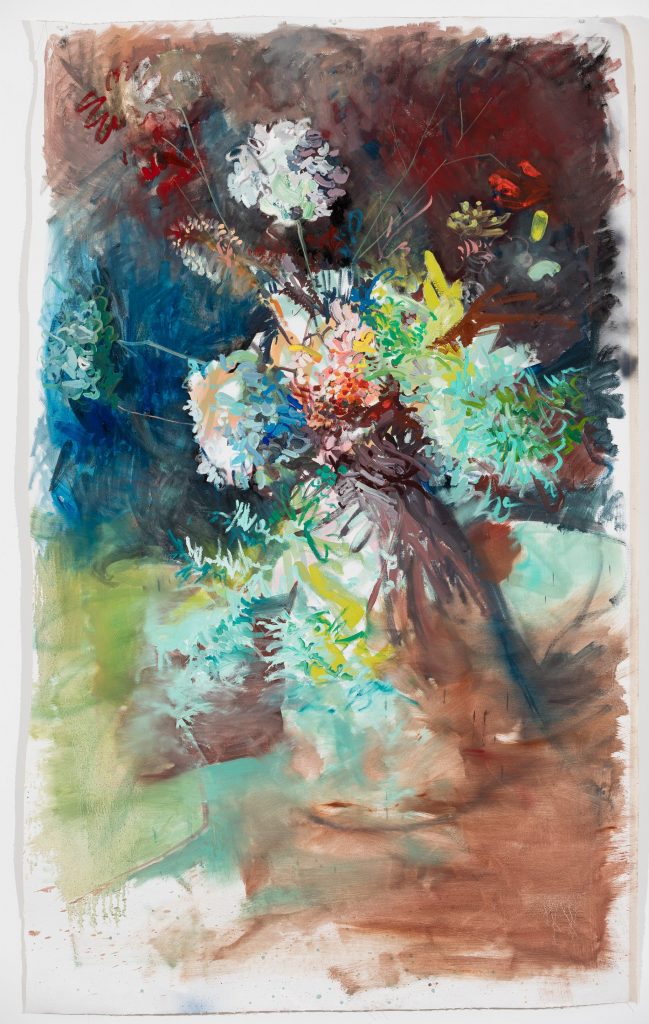 To make these three paintings, I asked a florist to create three arrangements relating to the emotion/experience of celebration, love and sympathy. I wanted to use the type of subject matter you might expect to see in hotel art to create really charged compositions that unpack pointy ideas around life and death. 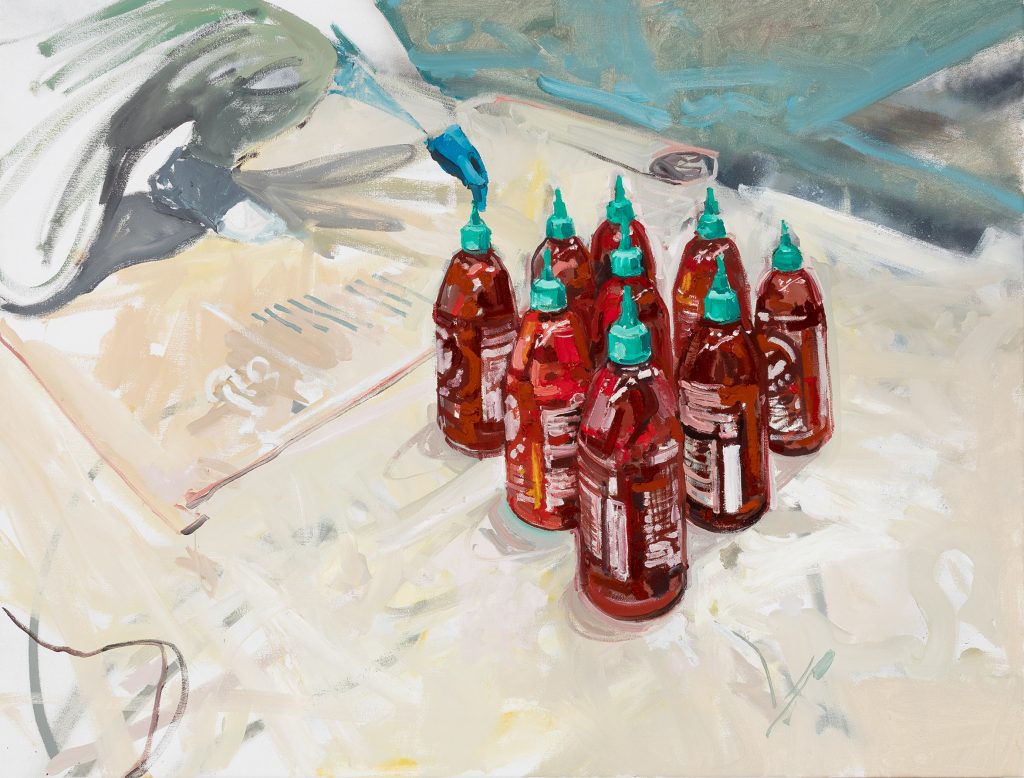 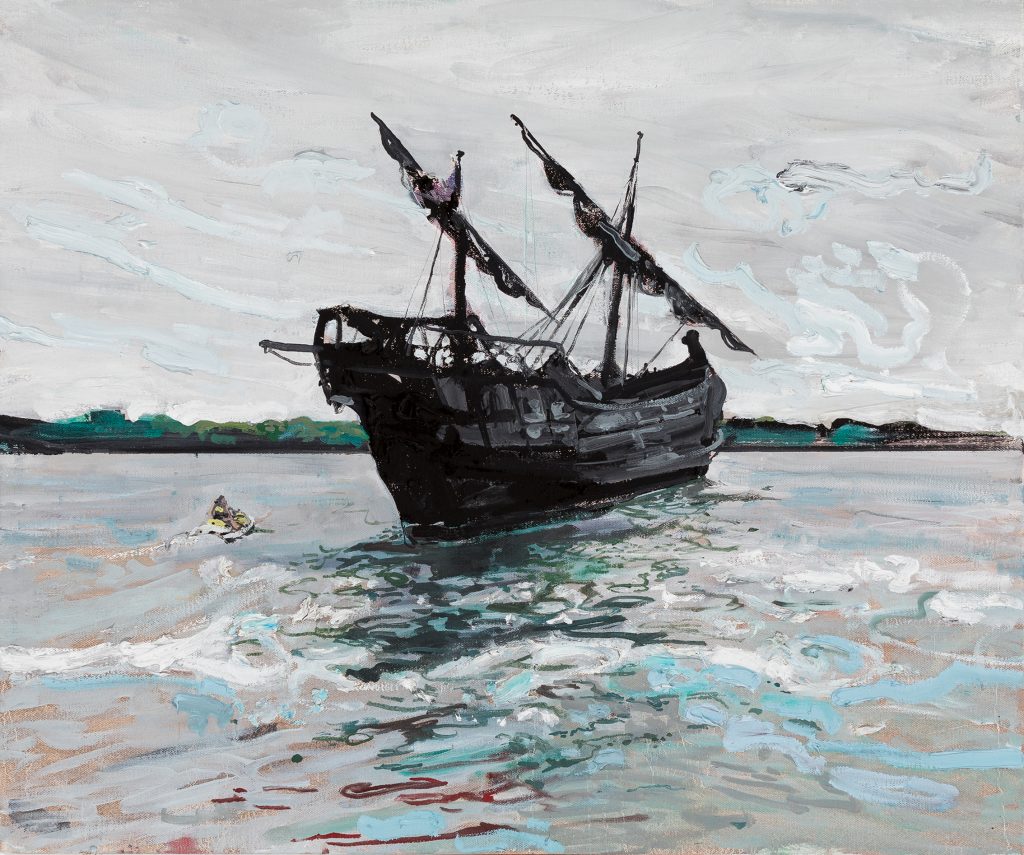 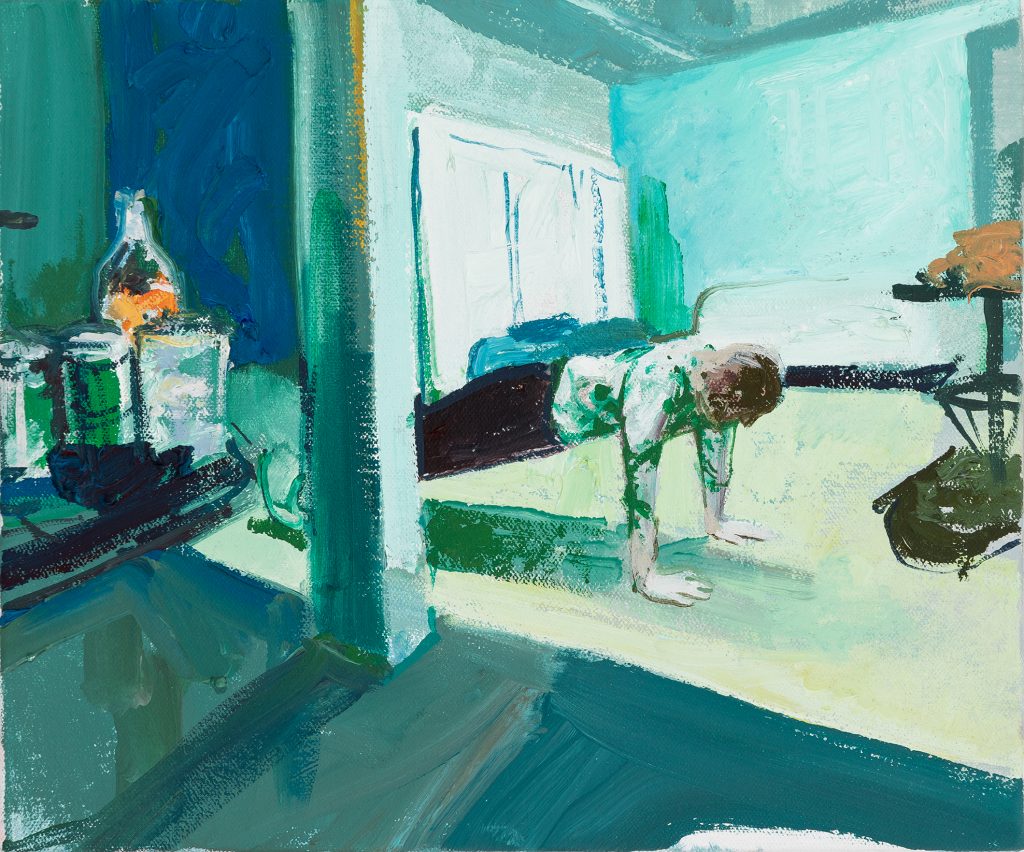 Jonnine Planking in the Green Room

I painted this portrait of my friend Jonnine following a conversation we had about travel and transitory spaces like hotels and green rooms that act as somewhere to rest or prepare. The photograph I worked from was taken backstage at the concert of a band I sometimes do stage design for. The colours seem cliché, but the green room was actually green, and so was Jonnine’s Issey Miyake outfit.  The scene felt dynamic but somehow restful. 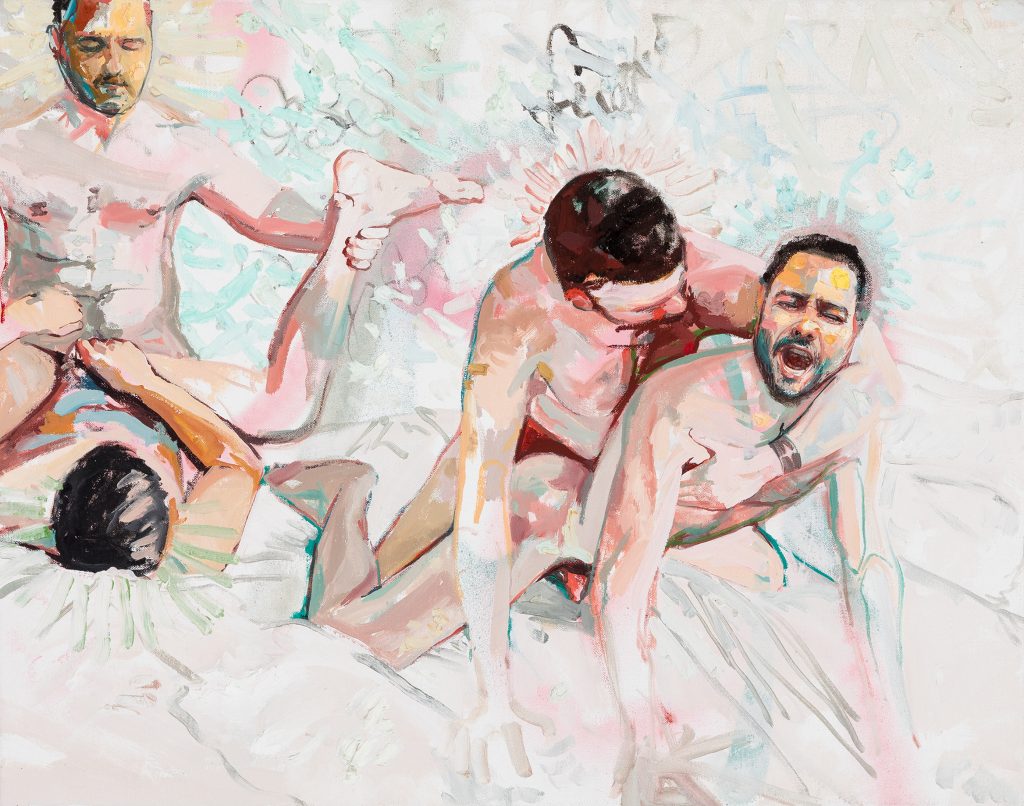 Long Session Fucking and Getting Fucked by Myself 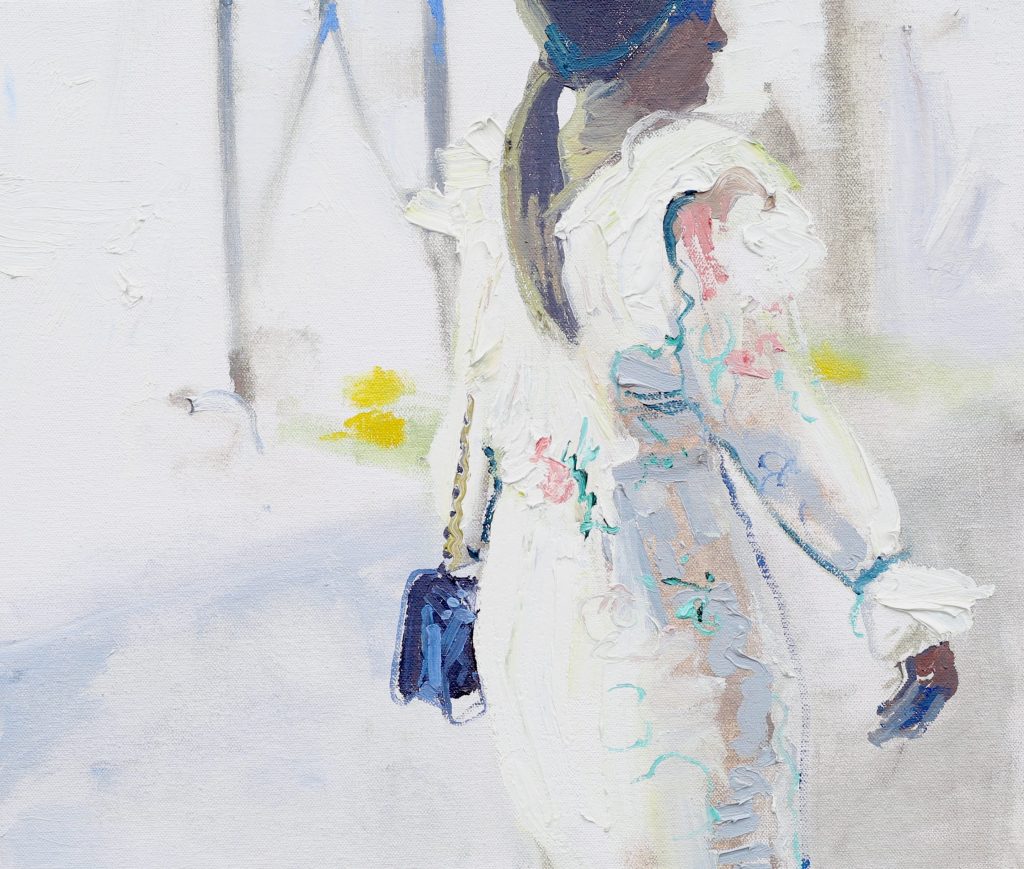