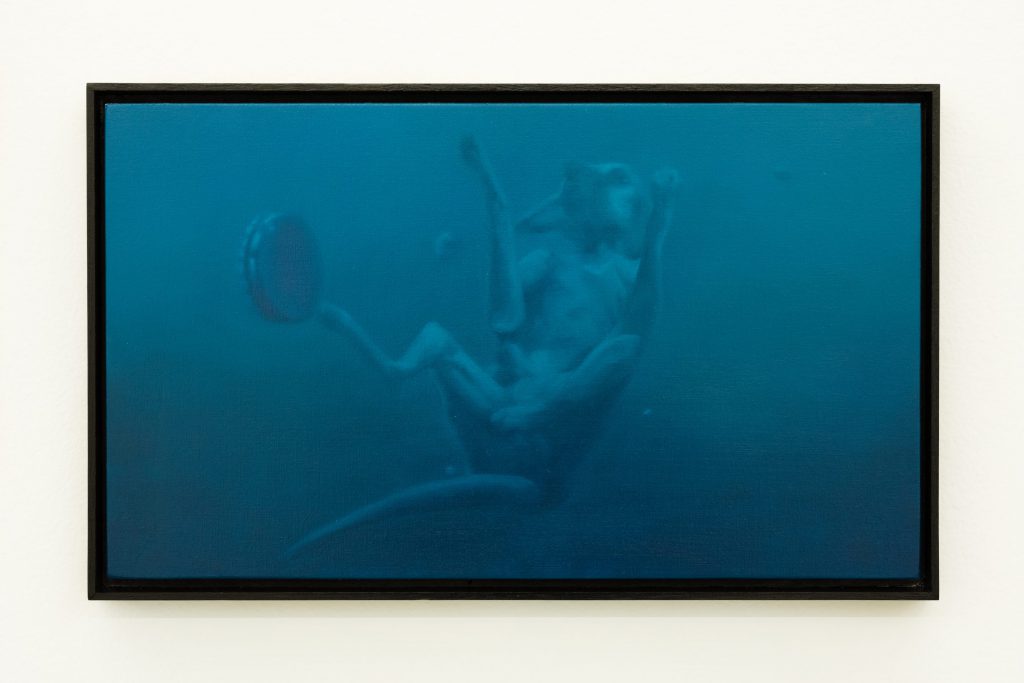 Amanda Marburg’s exhibition Would you let me into your bed focuses on the artists continuing exploration of the relationship between image and surface that is executed in her practice through the mediums of photography and painting.

Marburg began dutifully reproducing photographs as oil paintings almost twenty years ago when she started collecting blurry or bad photographs that in a pre-digital age were considered by most people as waste material. The artist then challenged herself to duplicate these left-over pictures through the painstaking yet classical application of thin layers of paint to achieve a faithful reproduction of the image. This method was extended when Marburg began hastily making plasticine models of tattoos, masks, figures and beasts in mythical landscapes often in a garish palette, then carefully lighting the sculptures to document them, in turn painting the results.

Familiar sources appear in Would you let me into your bed with Marburg again using photographs sourced from her personal collection, blurred photographs taken from film and art historical references. Marburg converts these references into a suite of paintings and small bronze sculptures made directly from plasticine models. This collection of artworks border on the autobiographical for Marburg, as she paints from her life in the country, exploring her interest in the landscape, animals, true crime, and cinema, however, the sinister or even macabre perspective of the artists practice is ever present. Importantly, it is Marburg’s interest in art and image making that persuades her to select each element and process them through the medium of photography to highlight the unintentional, the mistakes and faults, and render these imperfections flawlessly in paint. 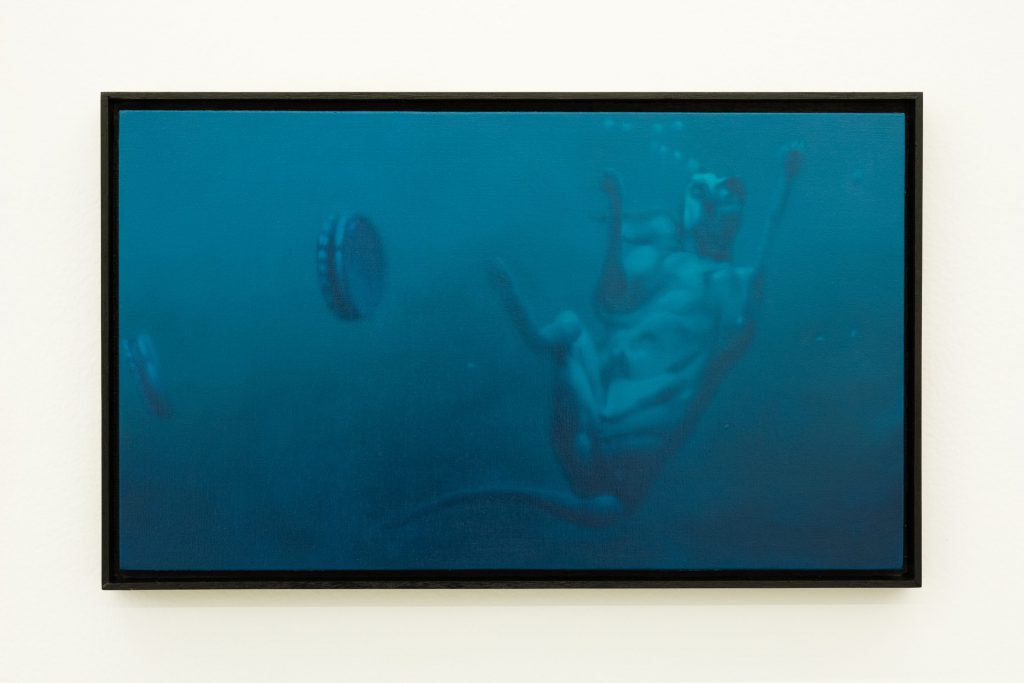 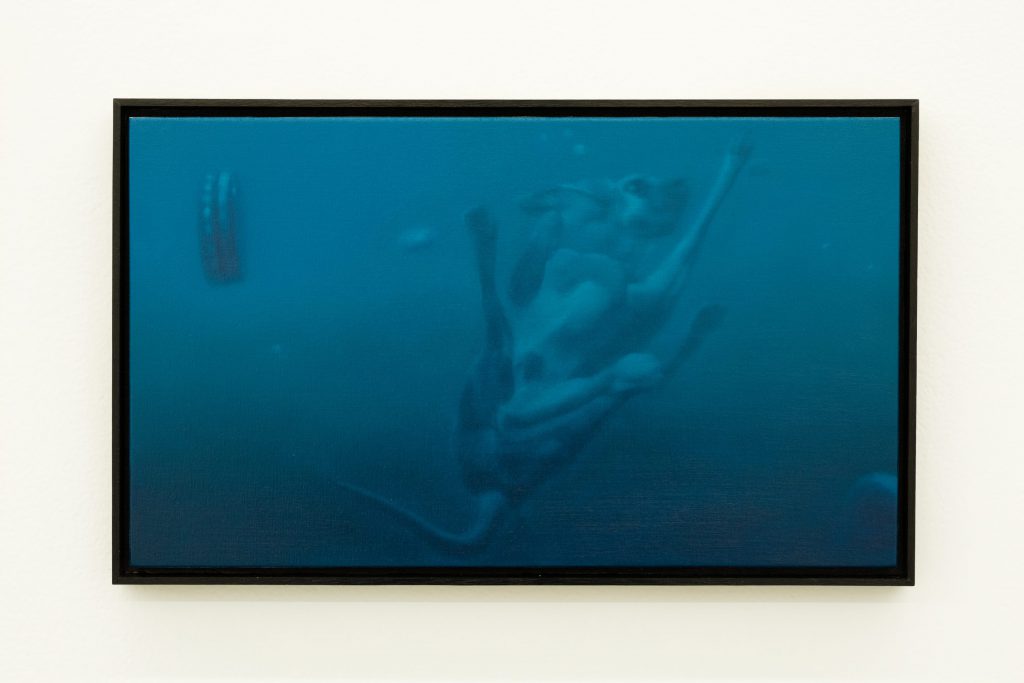 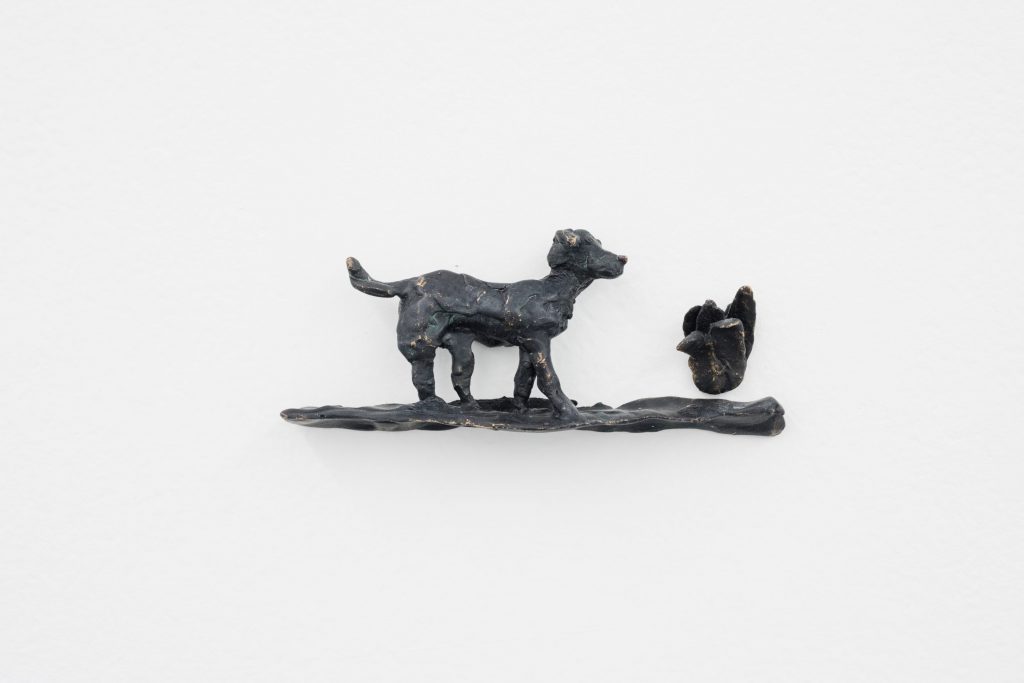 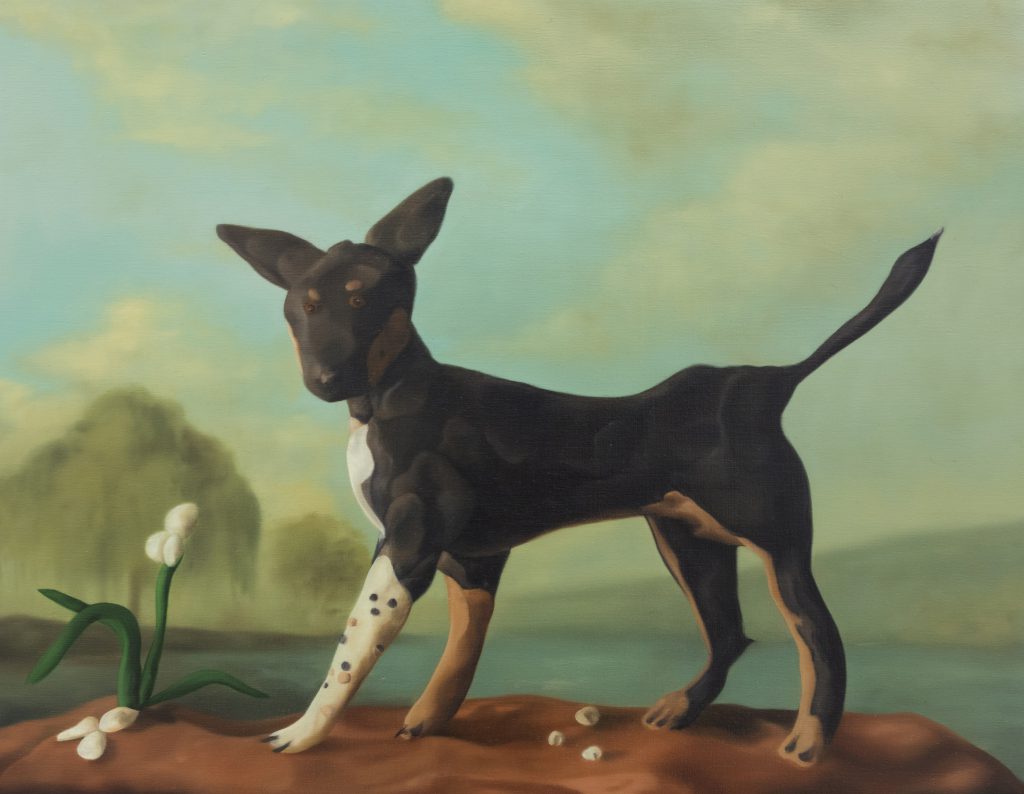 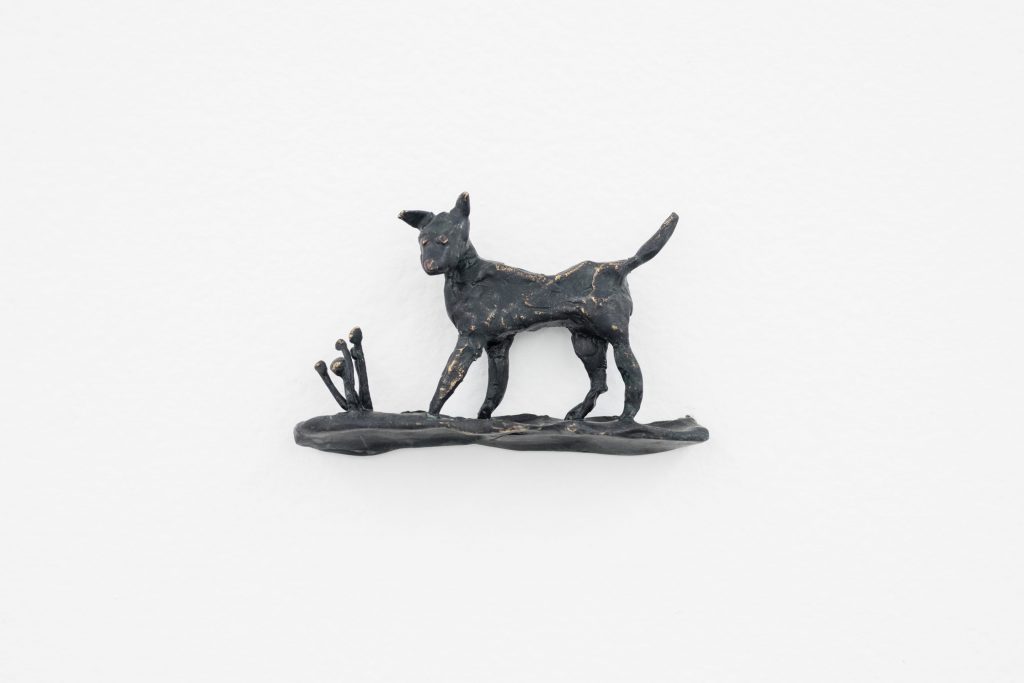 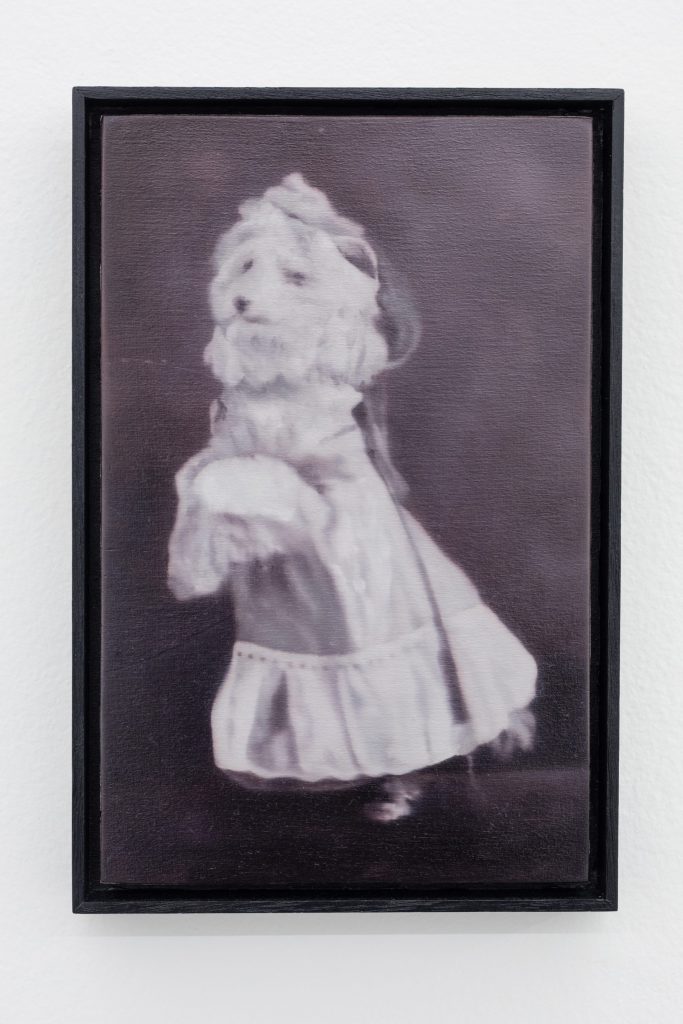 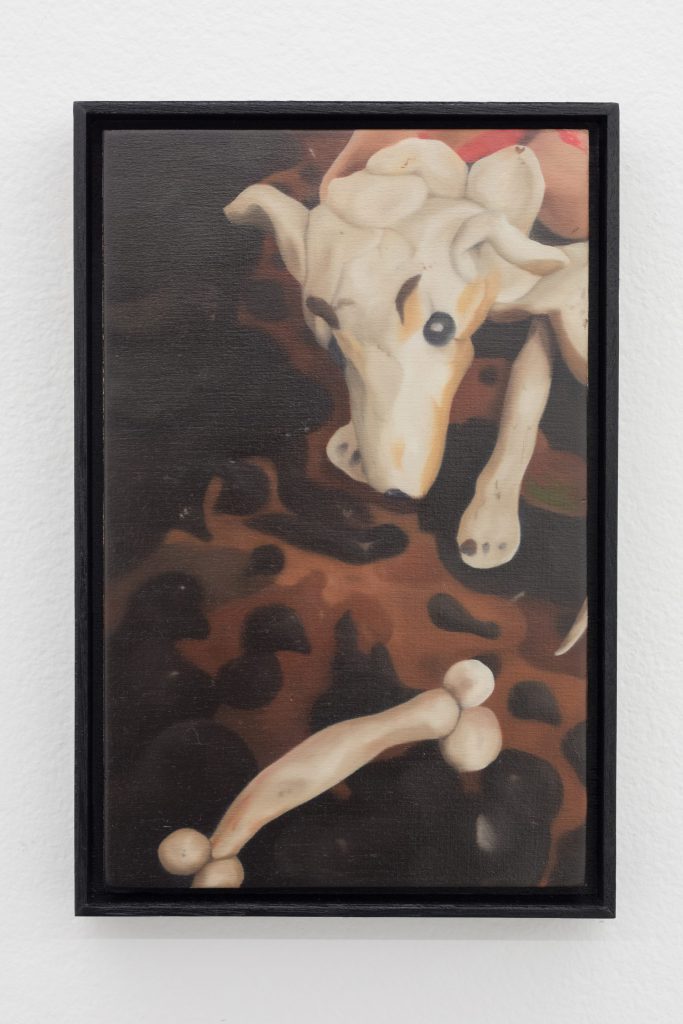 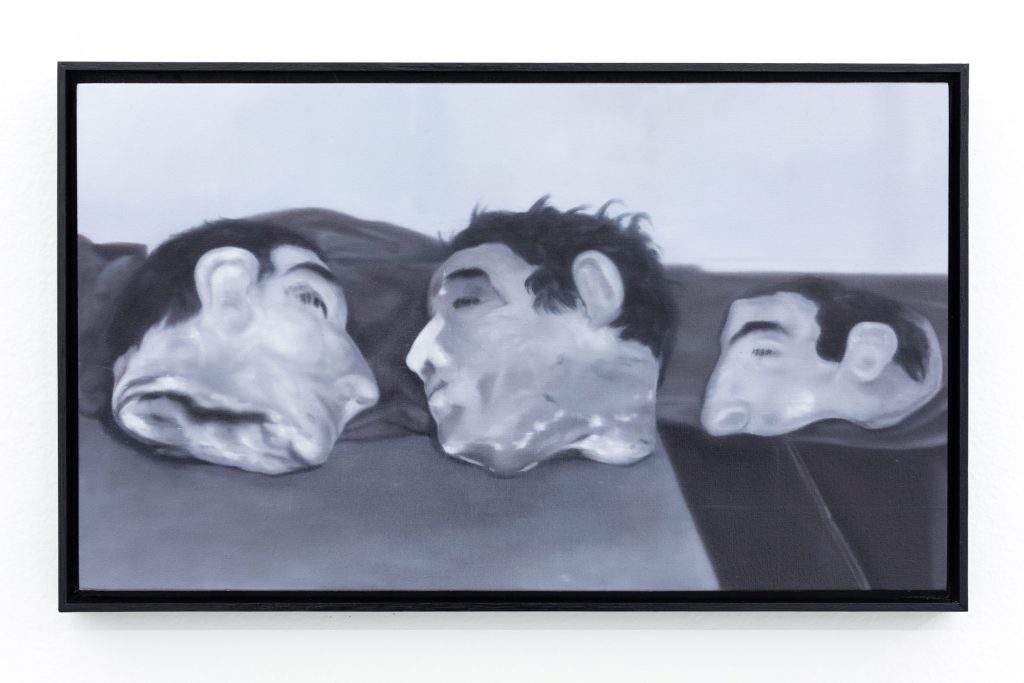