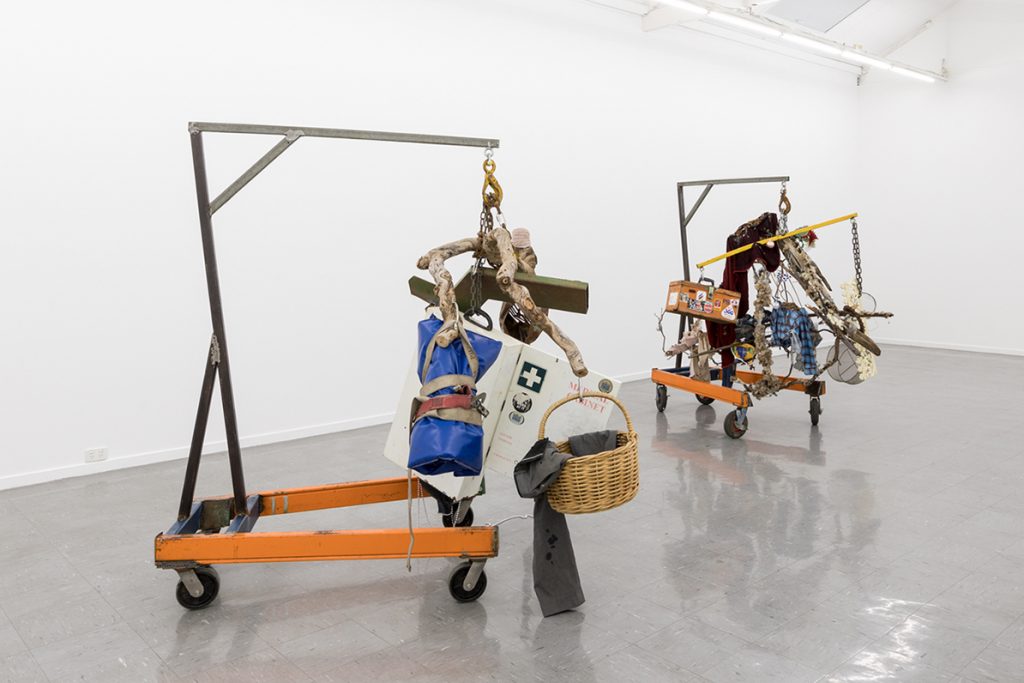 George Egerton-Warburton’s exhibition Woozy consists of two installations. In the larger gallery three sculptures have been constructed from recycled farm machinery parts and found materials. The structural component of each form is inspired by an engine hoist, subsequently rendering the objects suspended from the industrial hooks as motors. These mobiles are assembled from worn clothes, bought and stolen objects, foraged wood, bitumen, wool, and surfboard fibreglass. They are as much bouquets of gratitude as they are topologies of stress.

In contrast to his previous mobiles, which were hung from gallery ceilings, these are autonomous from the architecture, speaking to the internalisation of the institution and social conditioning. By this logic, the mobiles, which carry the same vocabulary of weight as hanging meat, are also borders, traumascapes, and representations of power. They are “intestitutions,” conjuring despair through their inevitable repurposing as motors. However, as an exercise in tone, style, and sensibility, their embrace of confusion creates space for new and wild associations.

In the smaller gallery, Point Dume Interior Siege consists of an installation of objects with typed and printed texts taped to them. Read as a whole, it resembles a concrete poem, three-dimensional diagram or infographic depicting a hackneyed portrayal of a moment and its reverberation, partly based on world terrorist events, banal everyday moments, and the mental process of interpretation. It expresses multiplicity, and the way artworks, people, ideas, and images socialise. It could be applied to something joyful or terrible, embodying the opposing forces of the bittersweet. 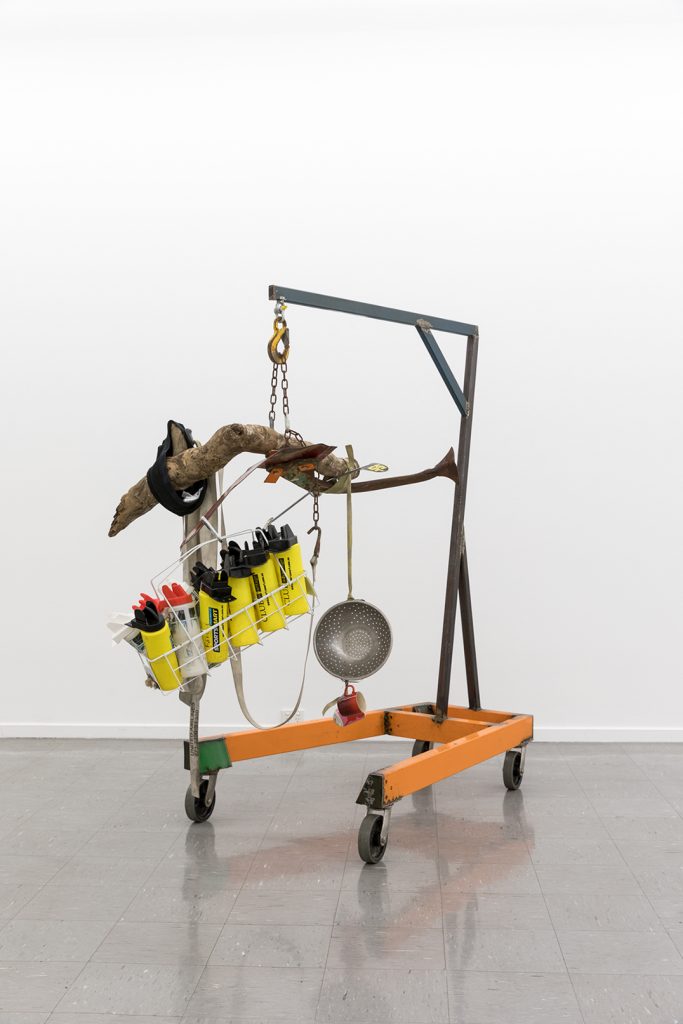 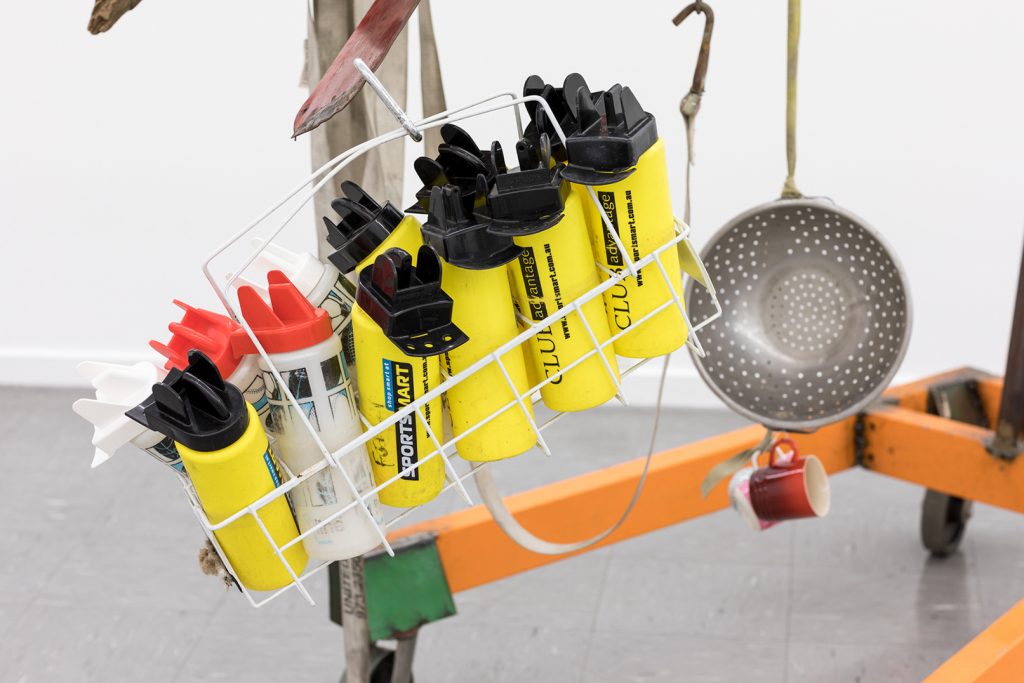 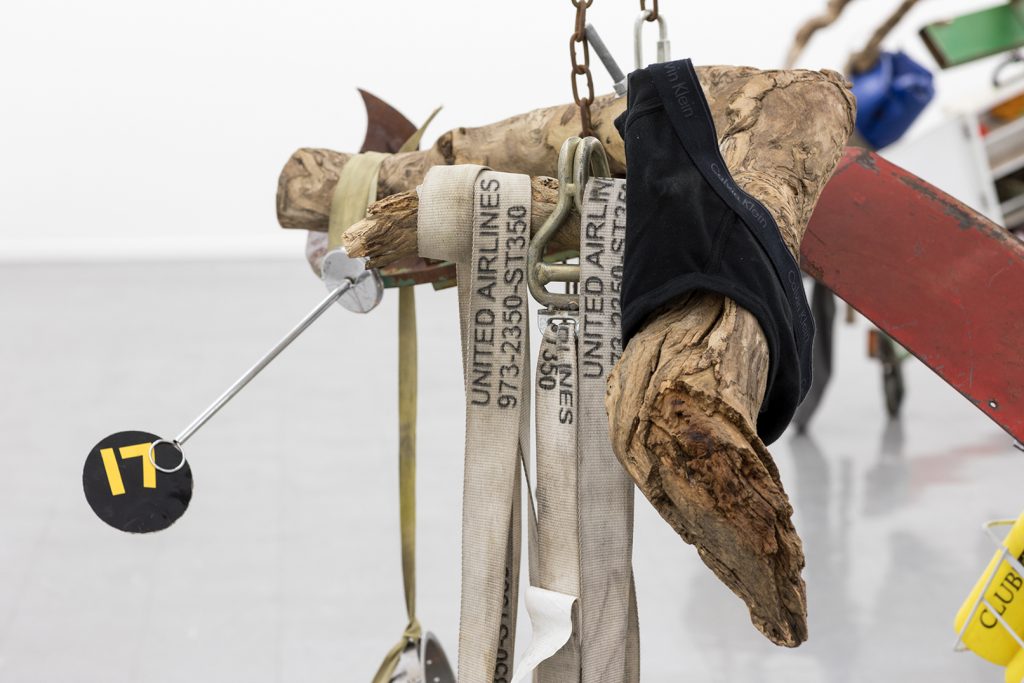 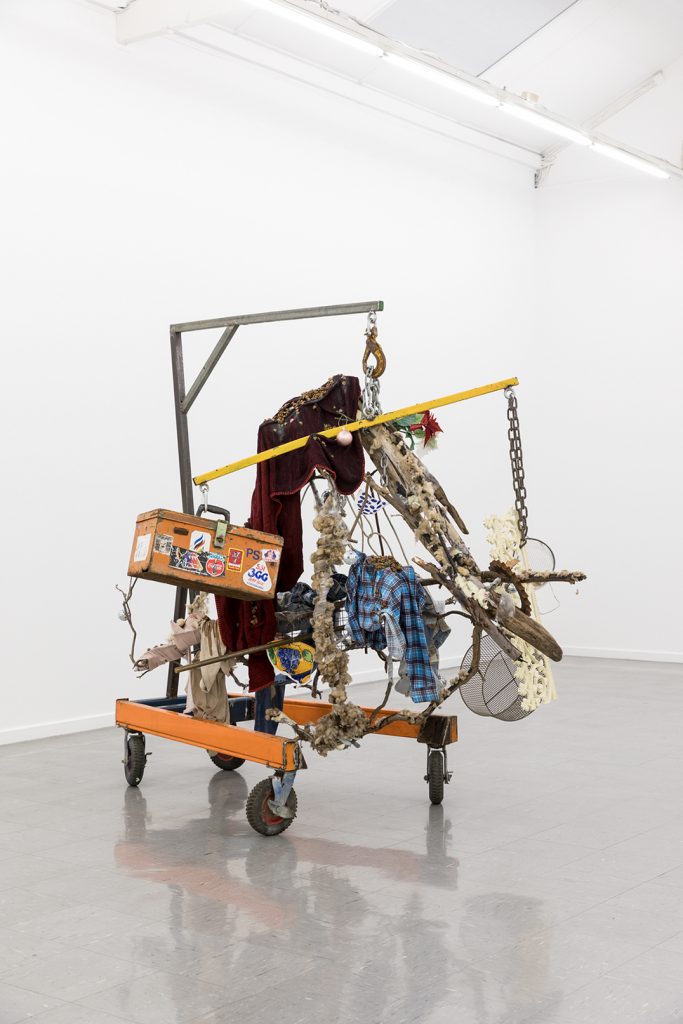 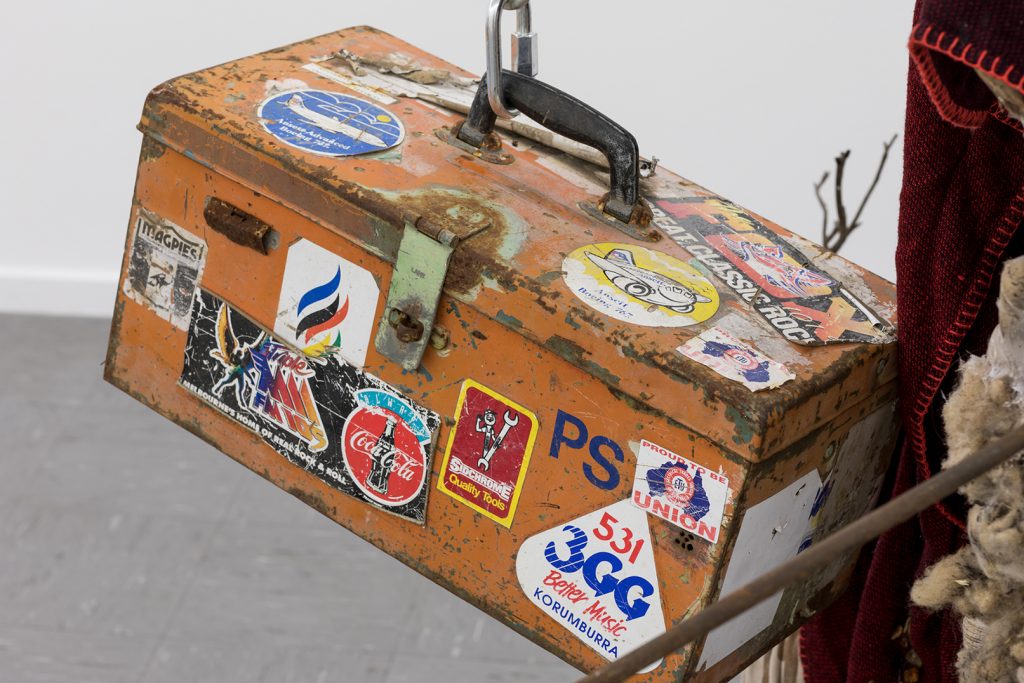 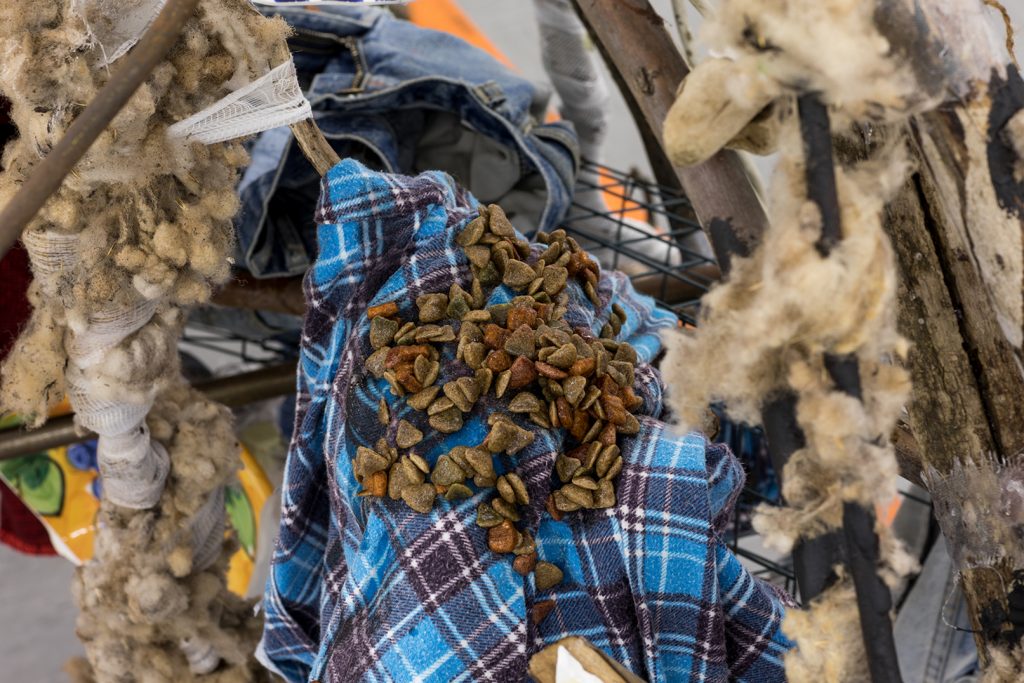 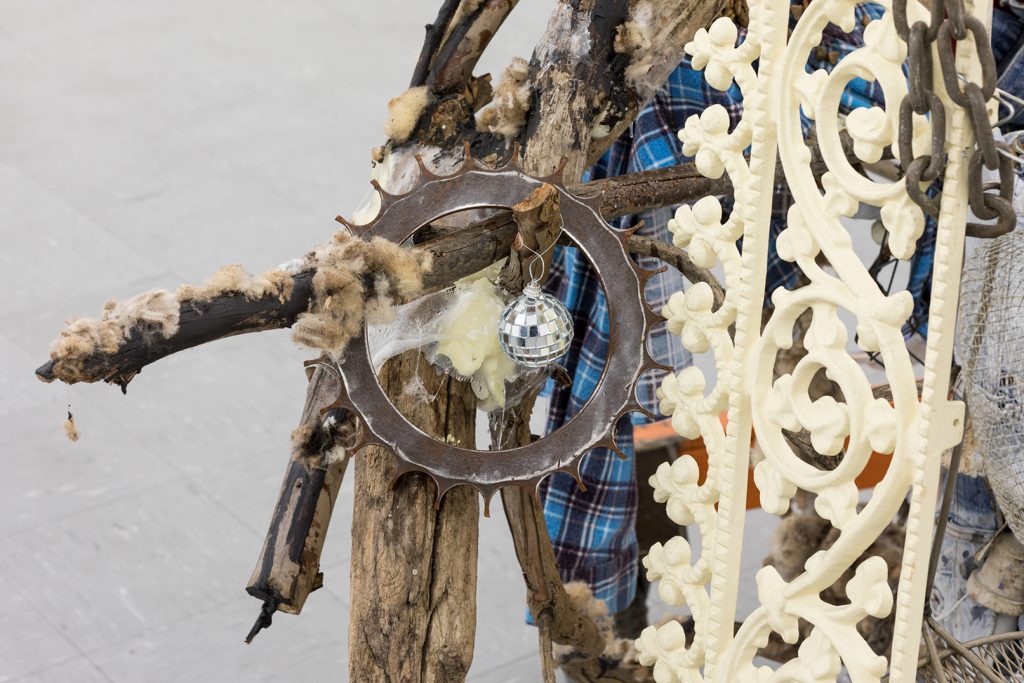 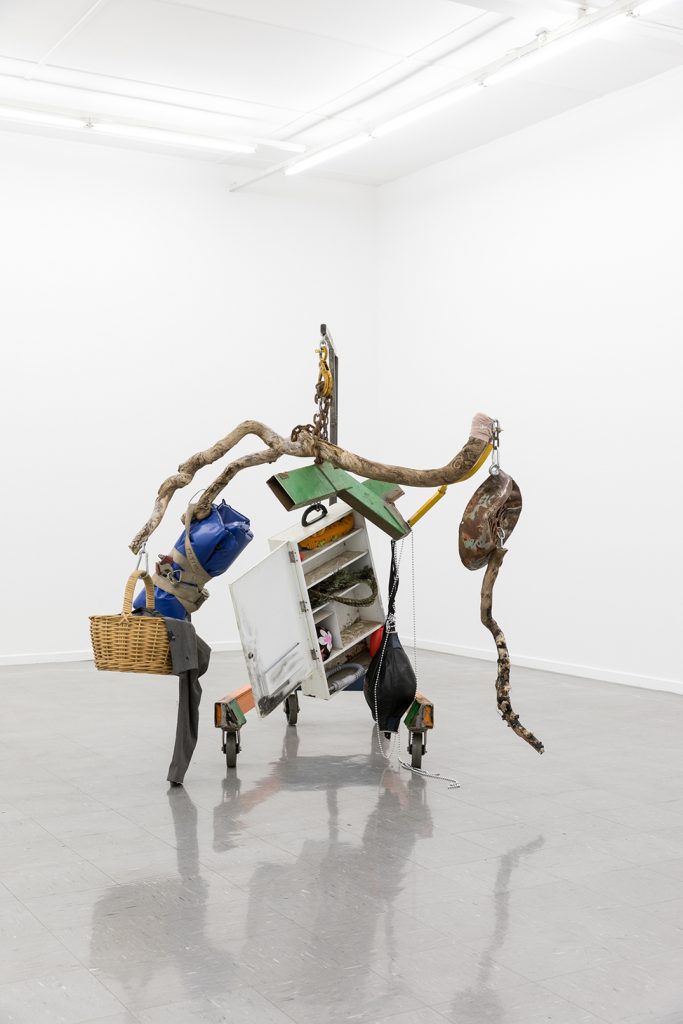 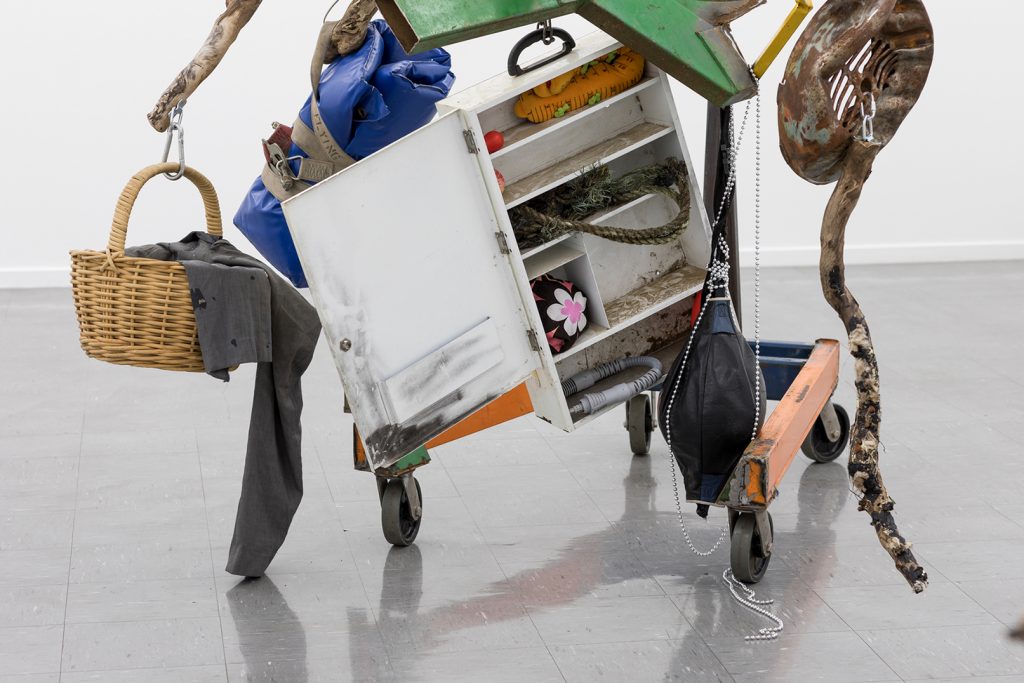 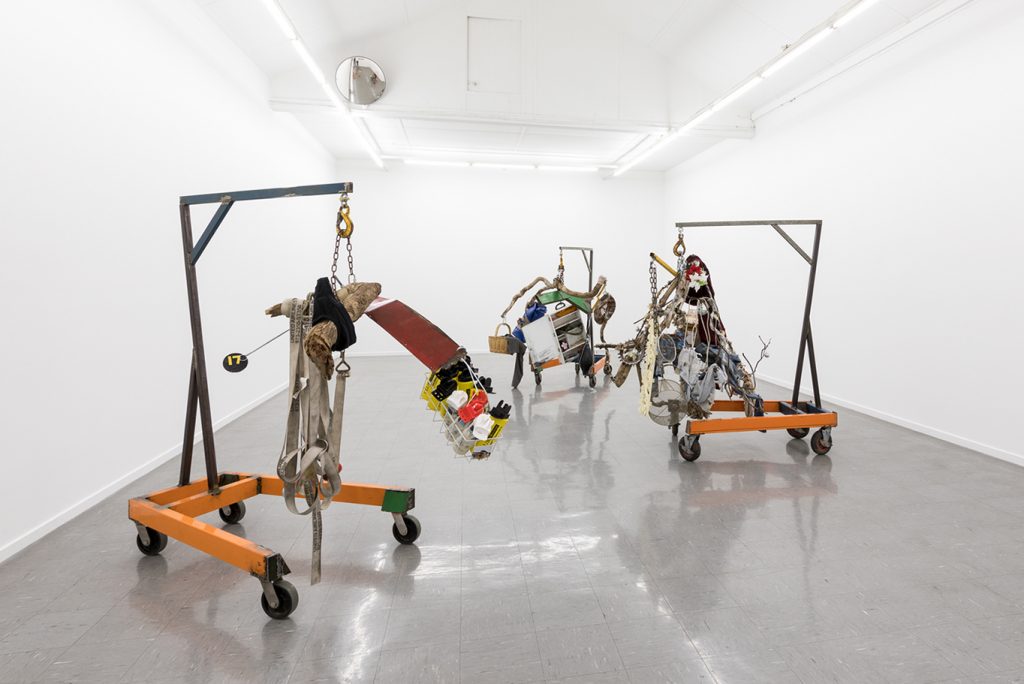 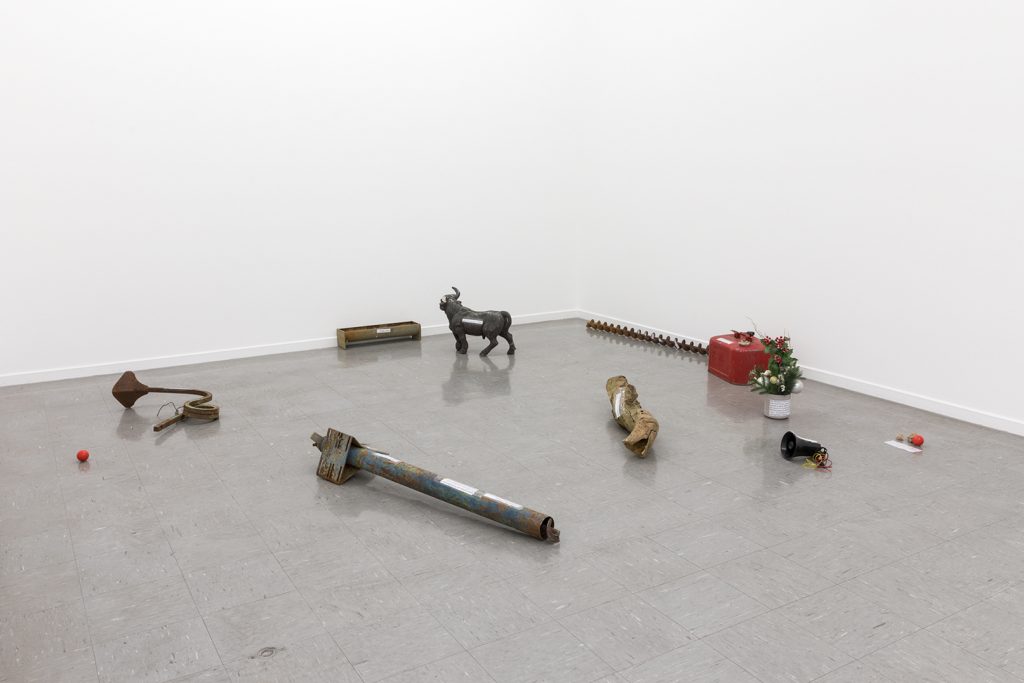 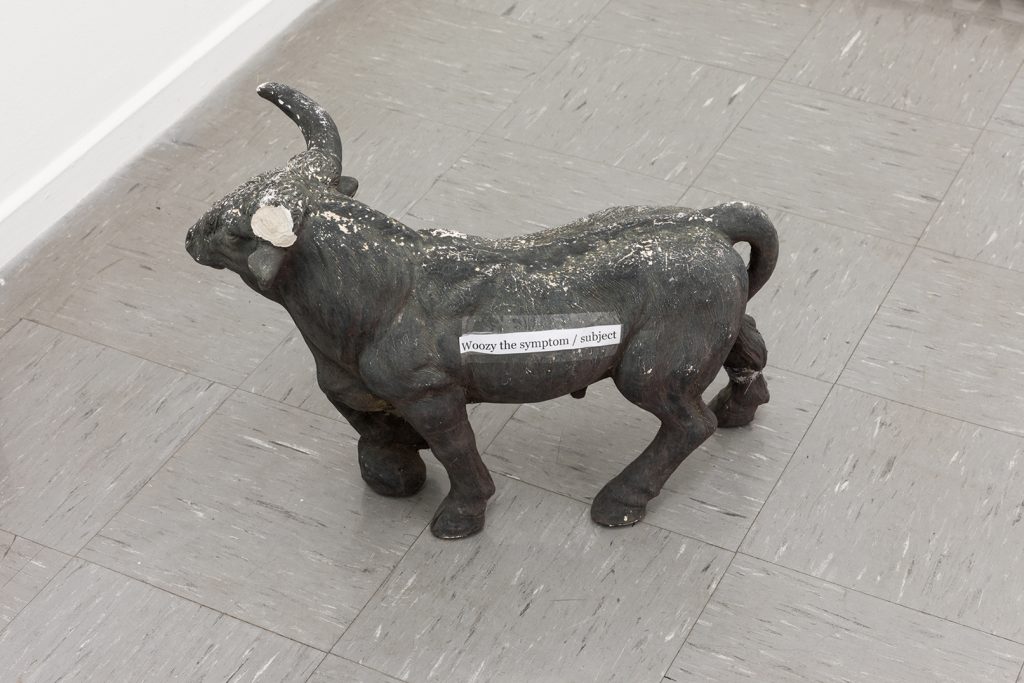 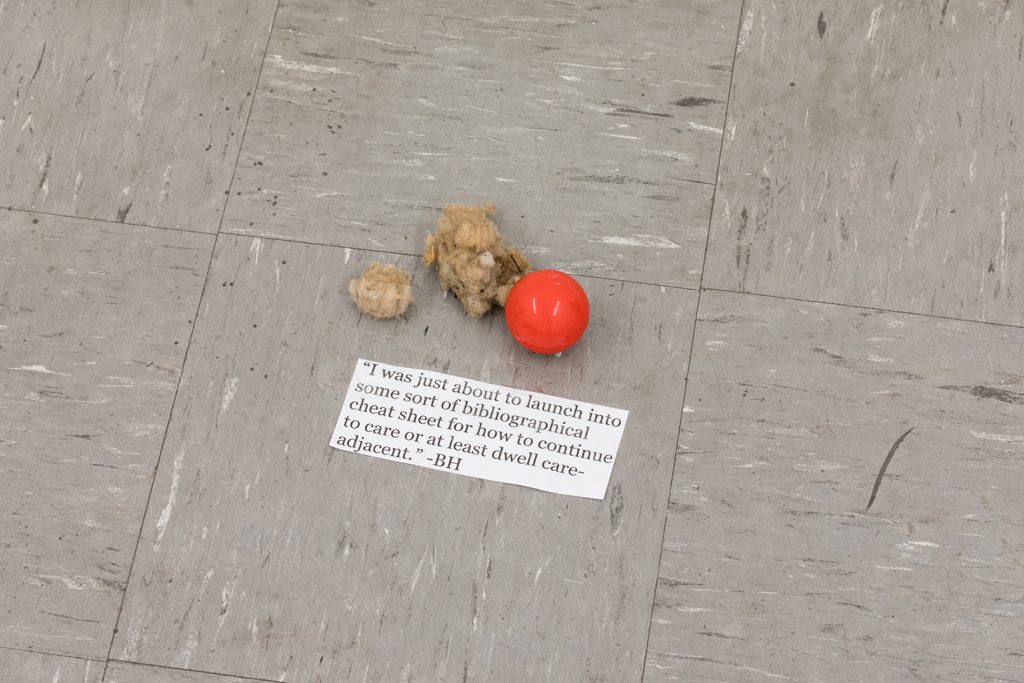 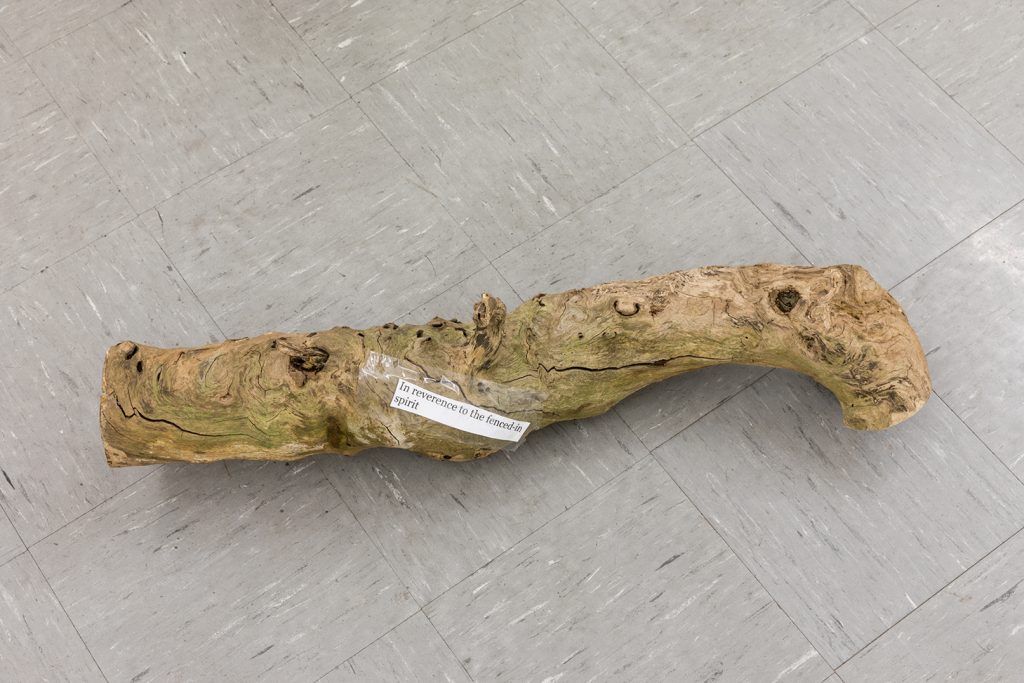 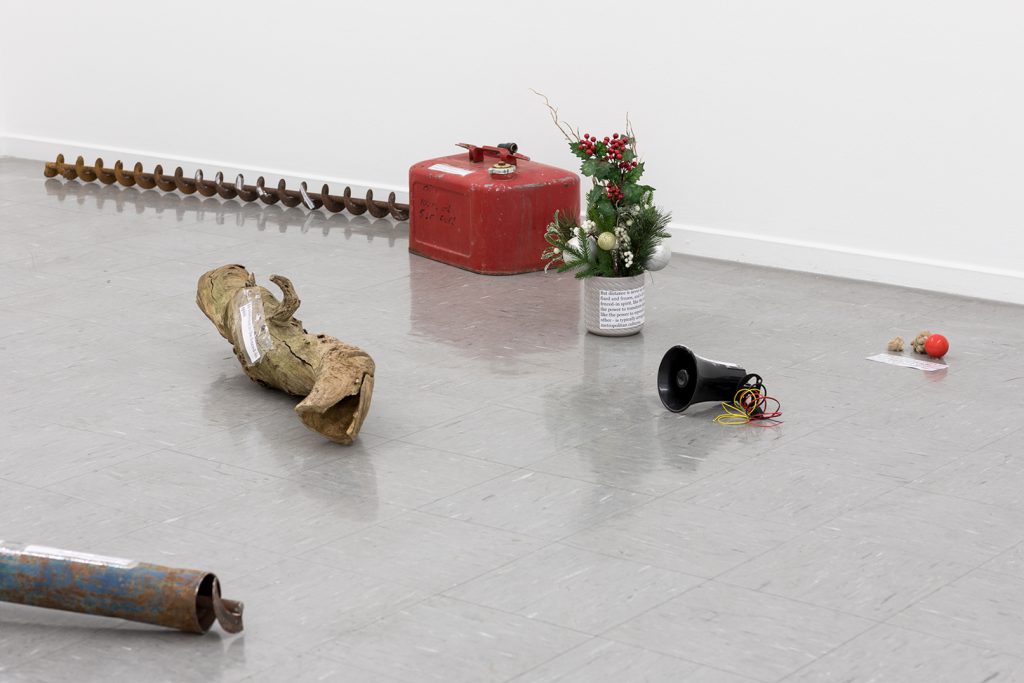 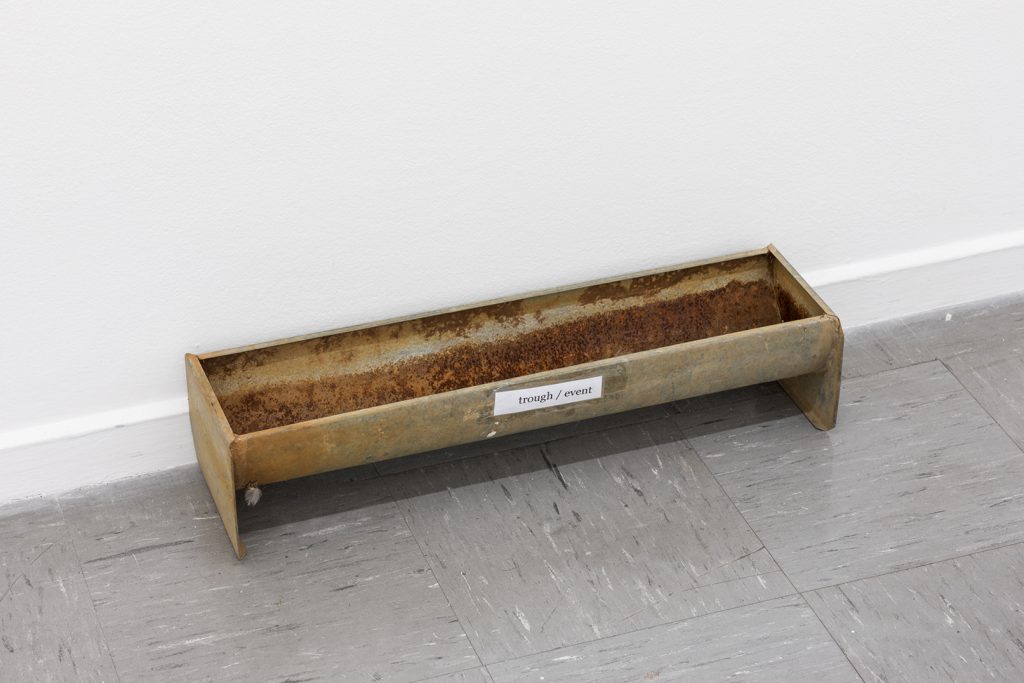 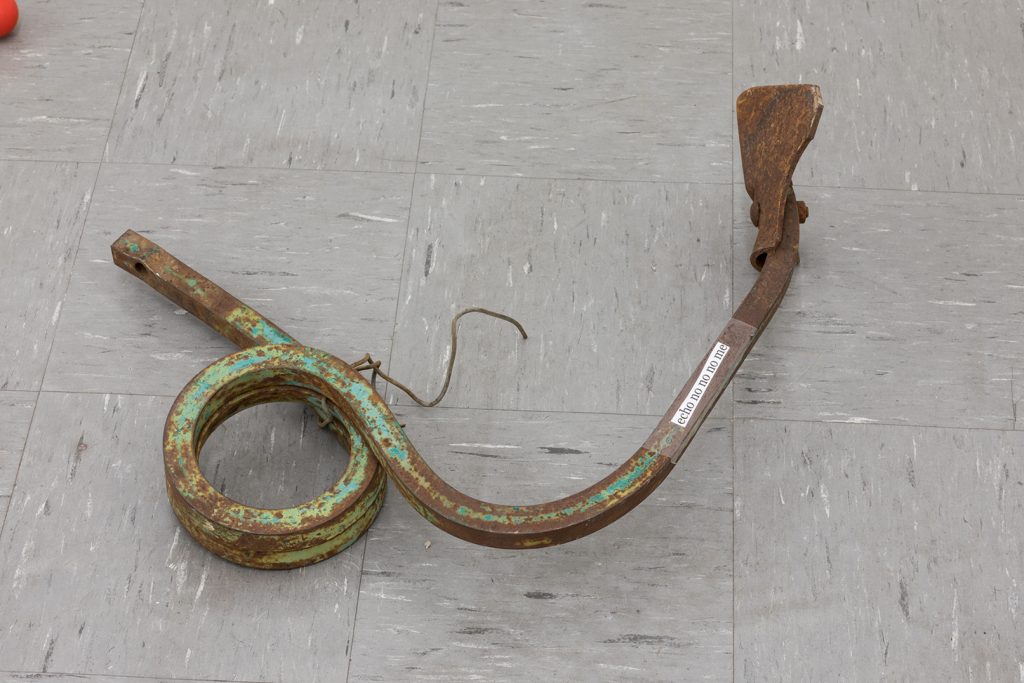