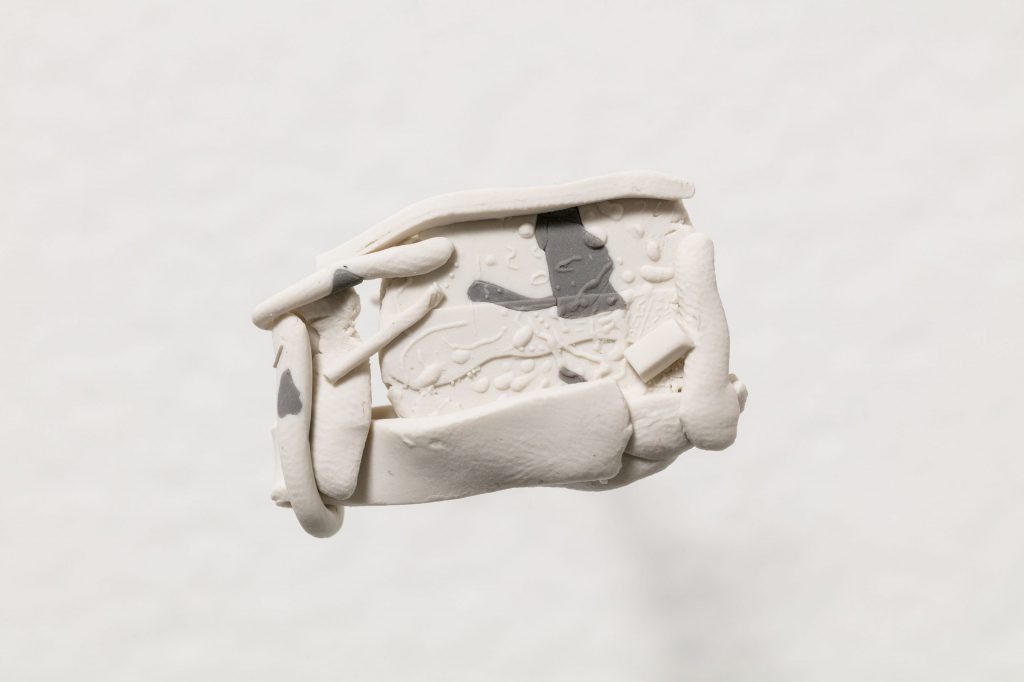 Matt Hinkley’s exhibition This new source of strength could not be relied upon at first continues his long-term engagement with process-based sculpture. Rather than positioning itself as an endless production line of similar works, this new series of small-scale sculptures insists on repetition, impression, idiosyncrasy and focus to occupy the space between labour and mechanical work. Easily dismissible as one in the same, both within this exhibition and his wider oeuvre, these sculptures are just as much about inverting the monumentality of sculpture, the necessity for ‘newness’ and the notion of the ‘original’ as they are about trying to extract everything that might yet be of value in the history of their expression. 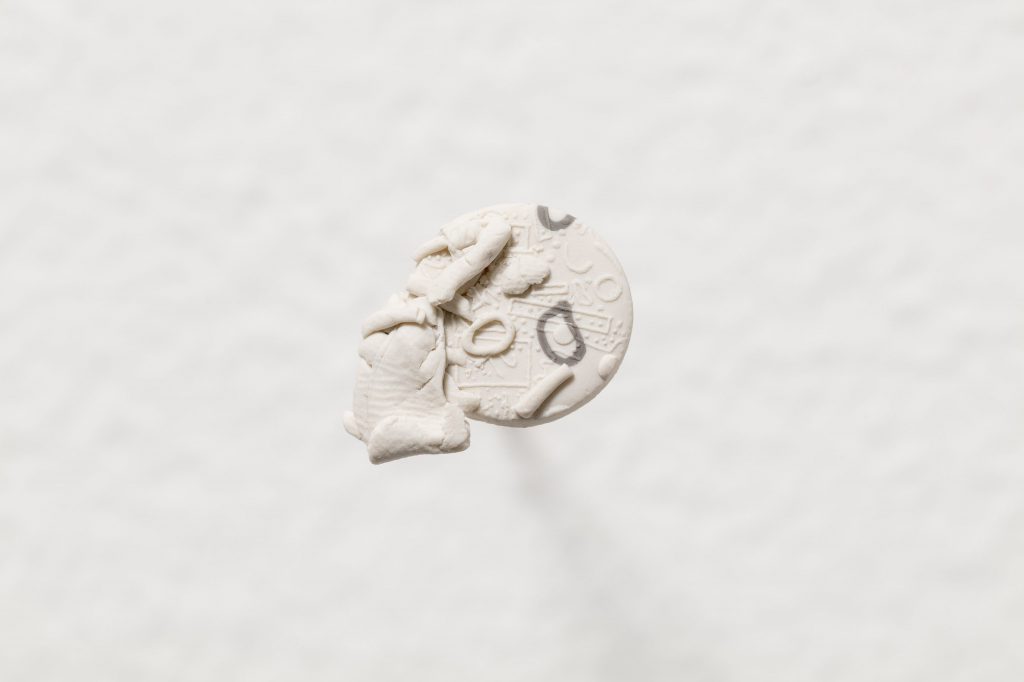 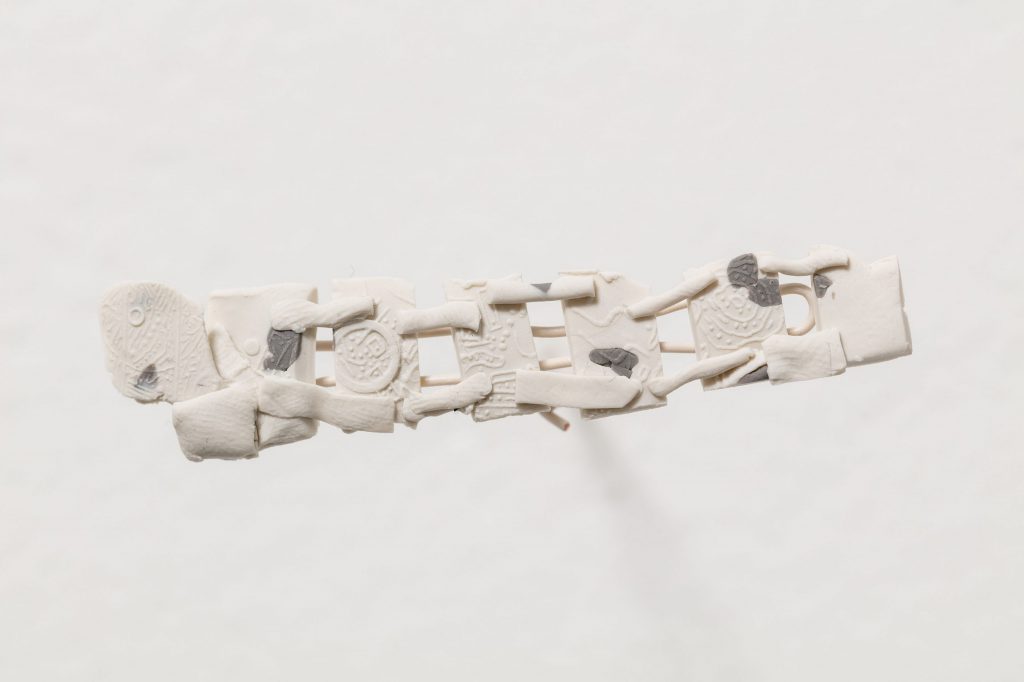 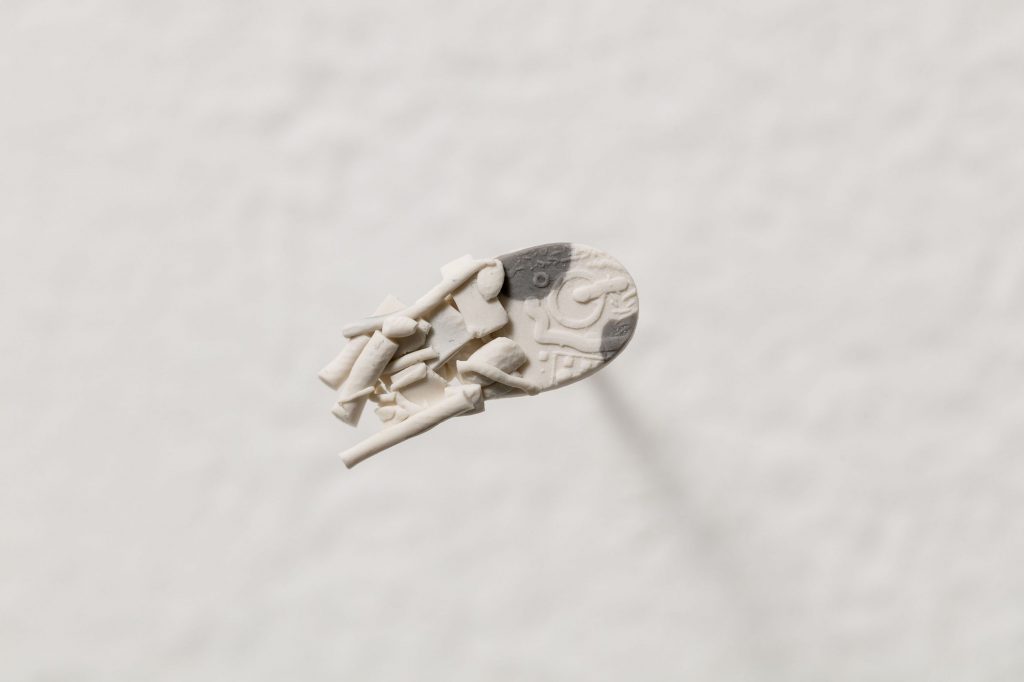 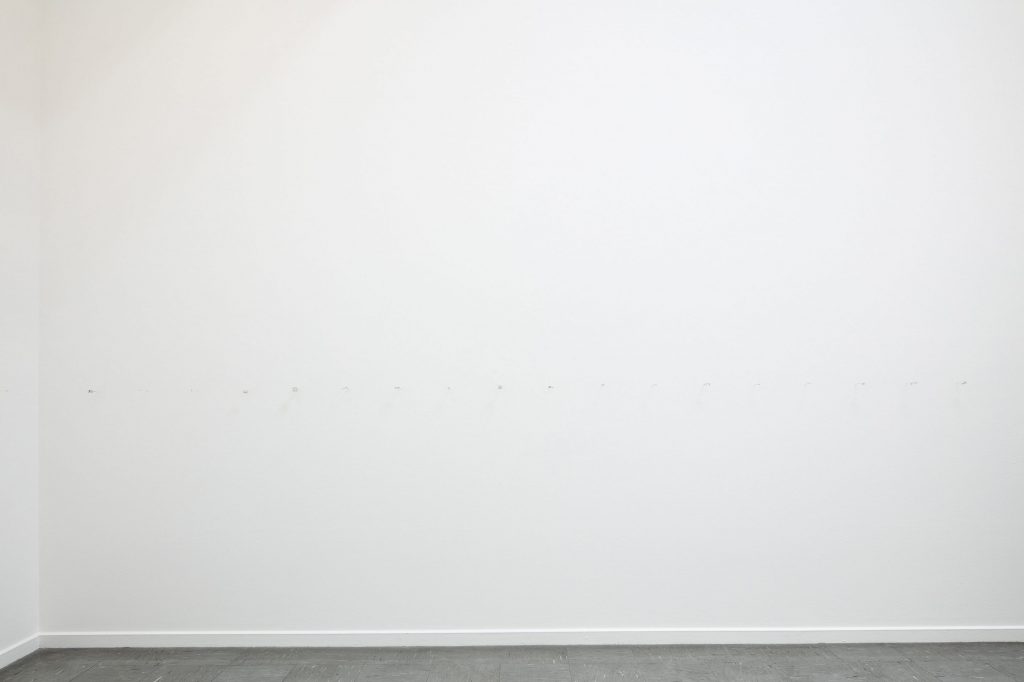