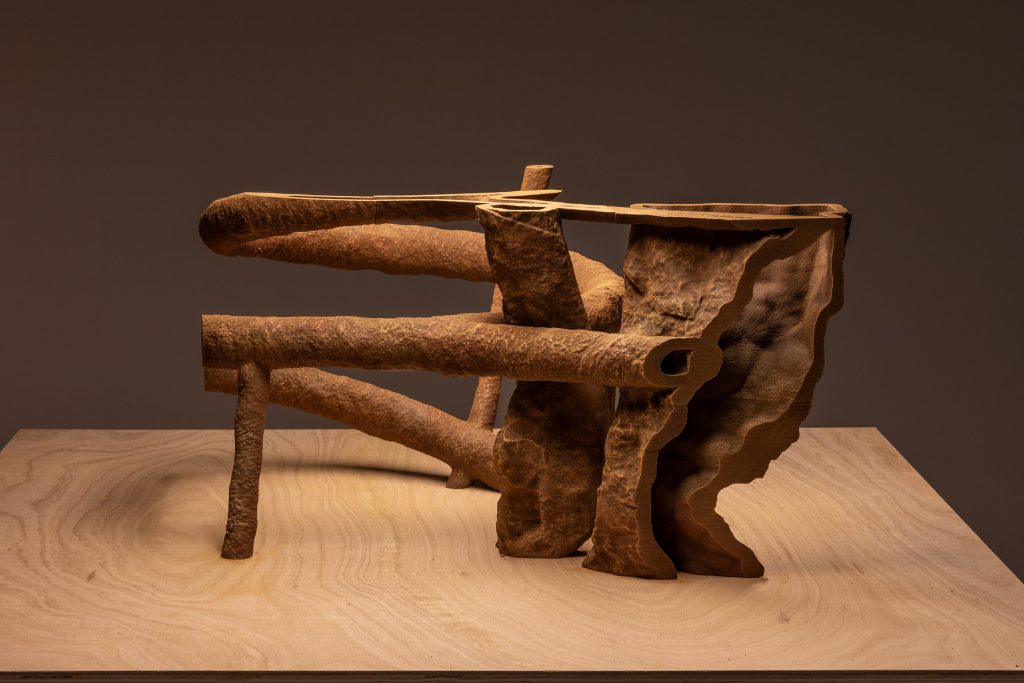 The starting point of Mangan’s exhibition, Termite Economies (Phase 1) is an anecdote that the CSIRO researched termite behaviour in the hope that the insects might one day lead humans to gold deposits; a proposal to exploit the natural activity of termite colonies for economic gain. In this exhibition, Mangan combines footage he filmed on location in Western Australia, alongside archival video and table-mounted sculptures, to speculate on the use of termites as miners and to construct a narrative that parallels human, social, ecological, and economic activity. At the core of this investigation, Mangan ruminates on how capitalism puts nature to work. Using a 3D printer, plaster and soil, Mangan has created models that hybridise mining infrastructure with termite architecture to form speculative termite mining infrastructures. 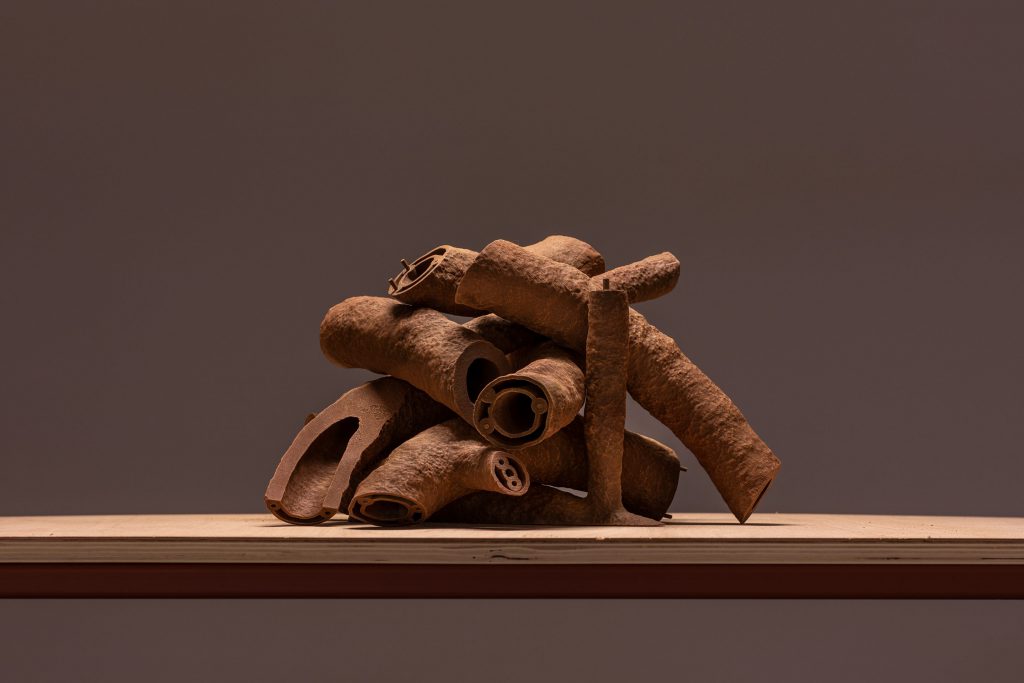 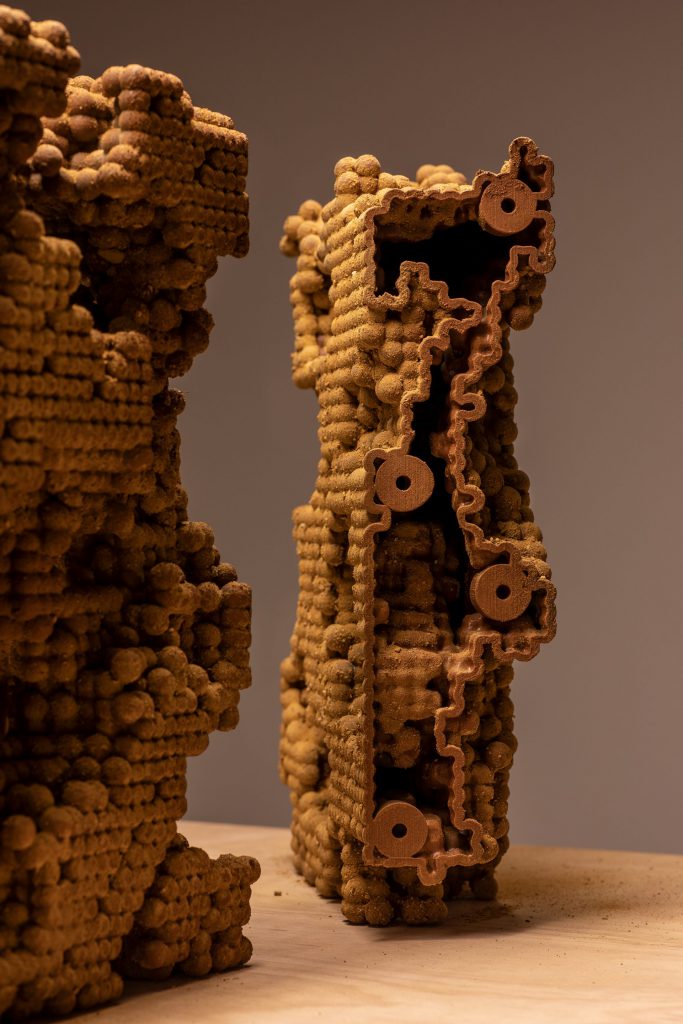 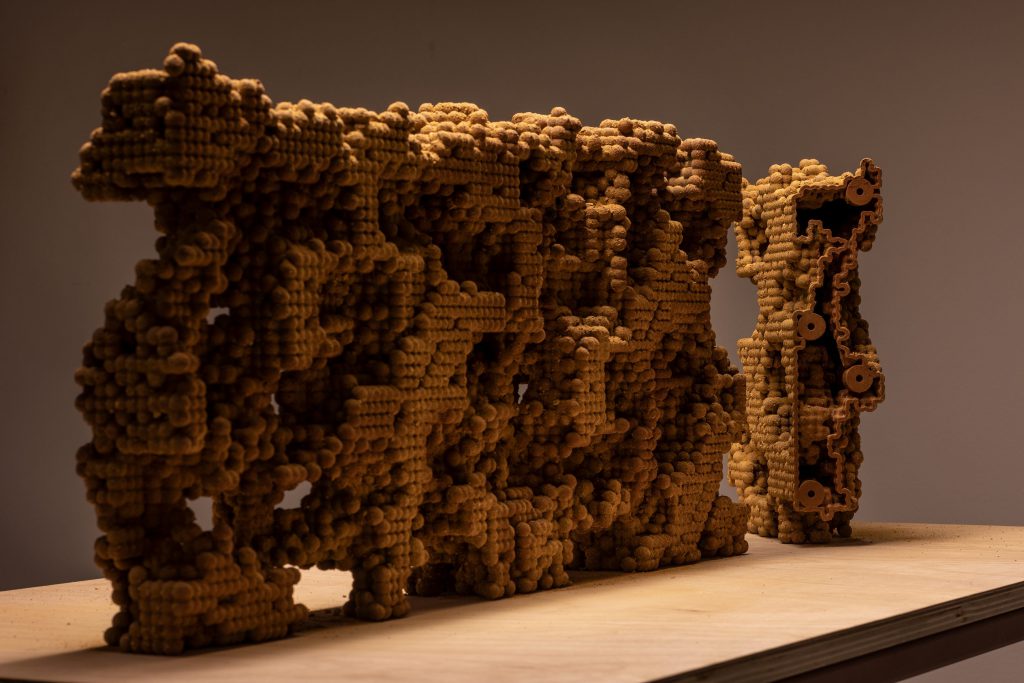 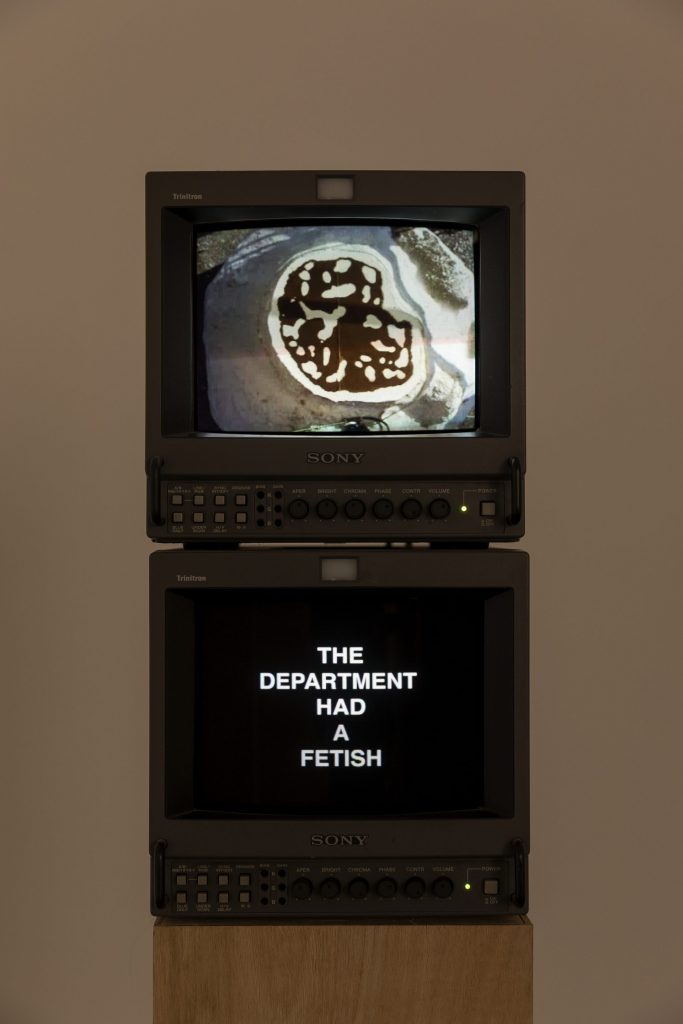