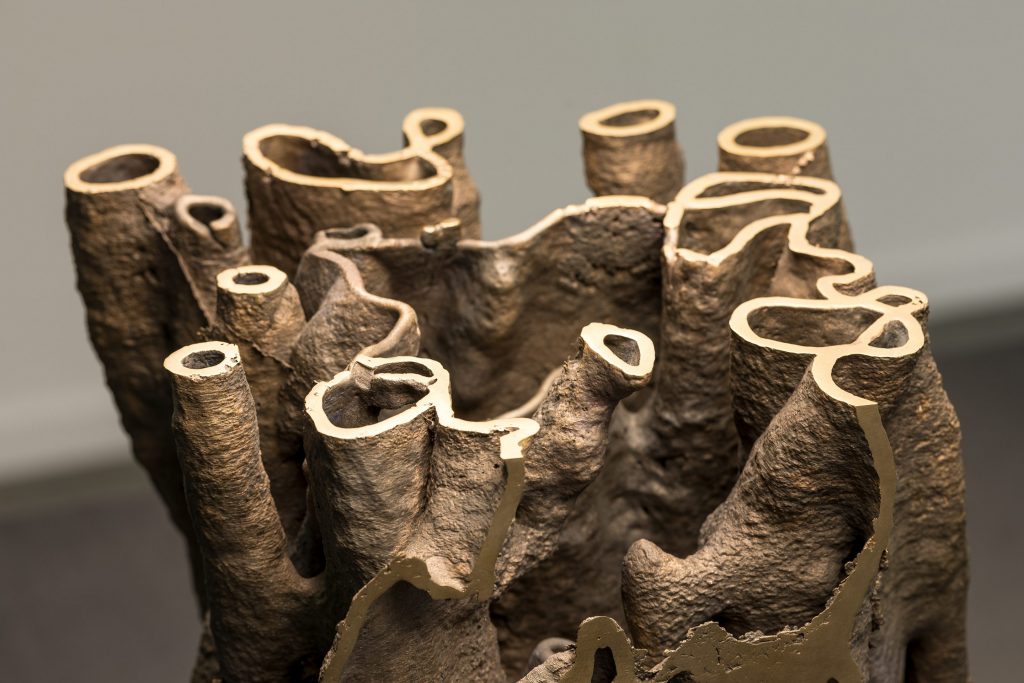 Neural Nodes and Root Causes is the most recent iteration of Nicholas Mangan’s ongoing project, Termite Economies, in which constructed systems, based on termite behaviours, show connections between labour, consumption and digestion. In the first phase Mangan identified subterranean goldmines as lived sites of these interactions. His new work gestures towards neural and biological systems to explore ‘nature as a participatory “mentor” of engineering…leaving open the possibility of a new industrialism that is more attuned to nature’s needs’. [i]

Recent neuroscience has rejected the brain as a centralised organ of control, in favour of cerebral plasticity – the notion that our brains are ‘formable’ and ‘formative’ at the same time. In her essay, ‘What Should We Do with Our Brain?’ Catherine Malabou emphasizes how the study of brain functioning and systems of power and social organisation are connected. [ii] In the same way that we now understand neuronal connections to be supple, political and economic hegemonies might also be re-routed to produce new potentials.

Mangan braids these perspectives with termite stigmergy [iii] swam behaviour and biomimicry, which have long been used in software development to conceptualise wireless and distributed technology and has informed current deep learning neural network machine learning.

To create these new sculptures, Mangan utilised algorithms that were modelled on the collective swarming behaviour of termites. Root Causes, 2019, is the result of mapping these root-like neural cleavages and folds in digital space to produce a 3D printed form. This form was then burnt out in the foundry as an endocast to provide the hollow tunnels for a new, bronze sediment. For Neural Nest (slice), 2019, installed at Sutton Projects, Mangan mapped these algorithmic patterns on to 3D models of human neural nodes obtained through Mo­­­nash University’s Department of Neuroscience. Here, the hypertrophied brain is a diagram not only for building new neural pathways but perhaps for re-routing/reassembling larger social systems.

[i] Jesse Goldstein and Elizabeth Johnson, “Biomimicry: New Natures For And Against Capital”, Theory, Culture and Society, 32, no.1, 2015, pp. 61-81.
[ii] Catherine Malabou, What Should We Do with Our Brain?, Bronx, NY: Fordham University Press, 2008.
[iii] The concept of stigmergy was introduced by the French entomologist Pierre-Paul Grassé [1959] to describe a mechanism of coordination used by insects. The principle is that work performed by an agent leaves a trace in the environment that stimulates the performance of subsequent work—by the same or other agents. This mediation via the environment ensures that tasks are executed in the right order, without any need for planning, control, or direct interaction between the agents.

Nicholas Mangan has exhibited extensively both in Australia and internationally. During 2016 and 2017, a major survey show of Mangan’s work, Limits to Growth, was presented at Monash University Museum of Art and toured to the Institute of Modern Art, Brisbane, and Kunst-Werke Institute for Contemporary Art, Berlin. Mangan has been awarded numerous international residencies, including Recollets Artist Residency, Paris, in 2011 and the Australia Council’s New York Green Street Residency in 2006. He was a recipient of the Anne and Gordon Samstag International Visual Arts Scholarship in 2007, resulting in postgraduate studies at Universität der Künste in Berlin, Germany. His work is held in significant public and private collections throughout Australia, New Zealand, Europe and the Middle East. Mangan lives and works in Melbourne, where he is a senior lecturer at Monash University. 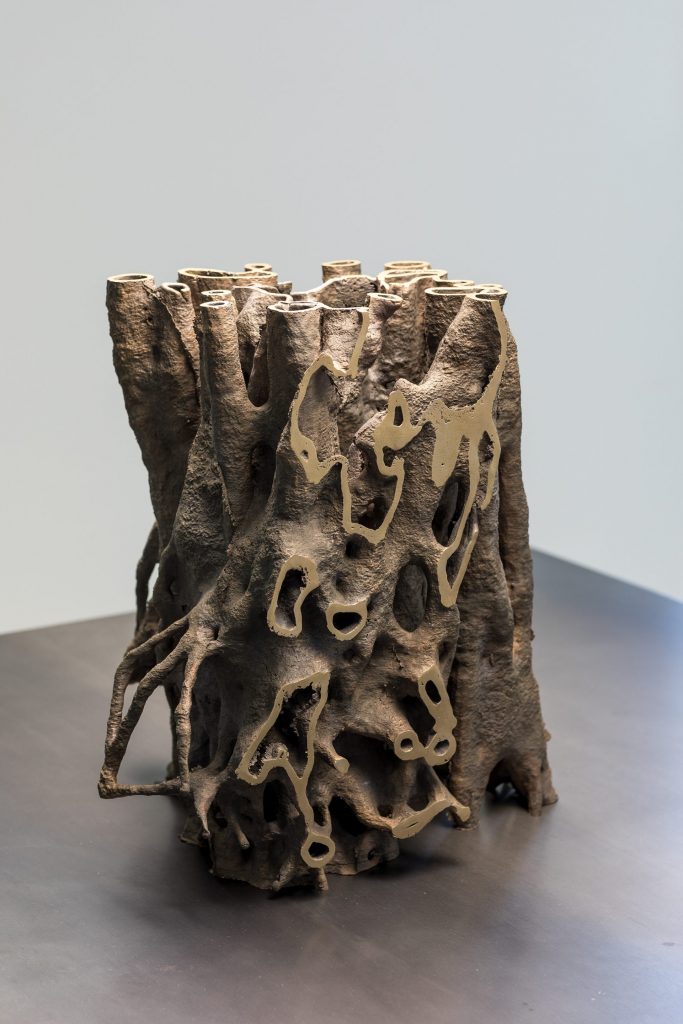 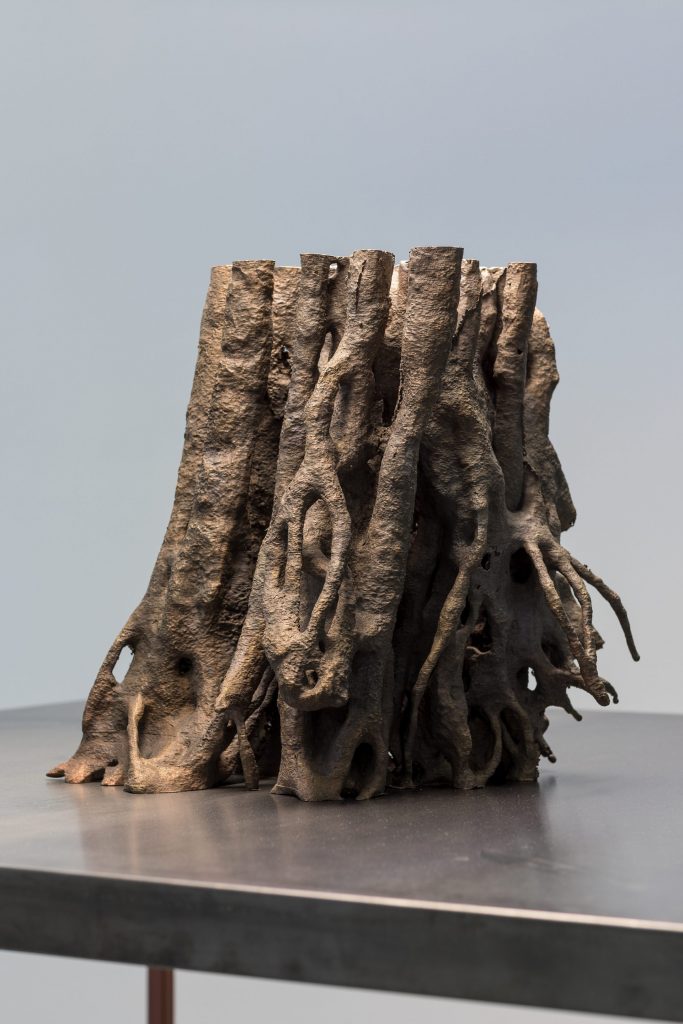 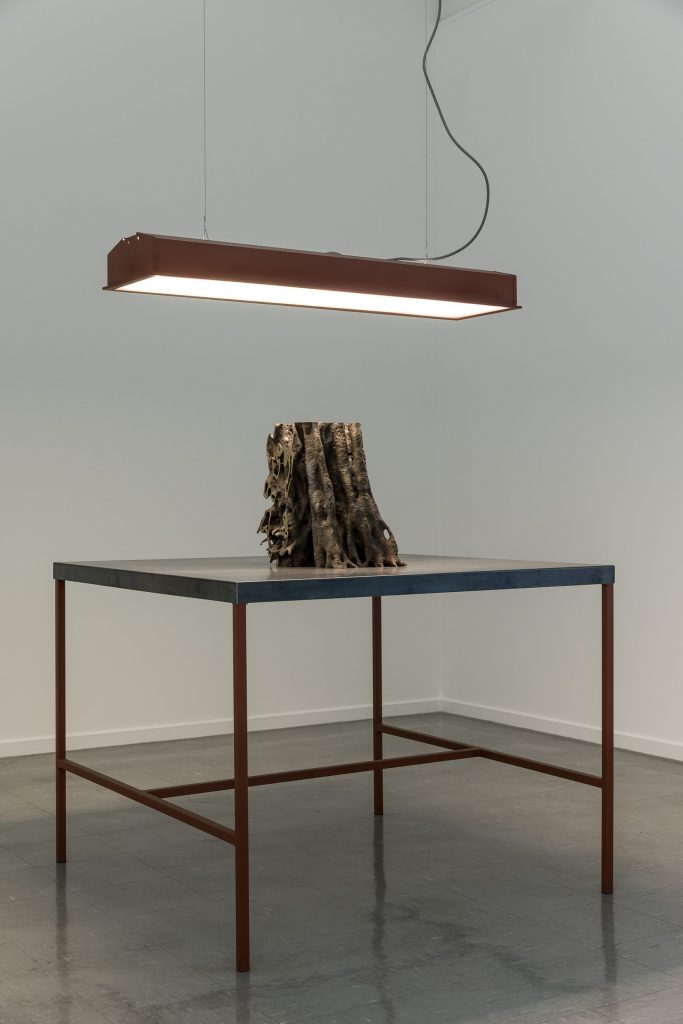 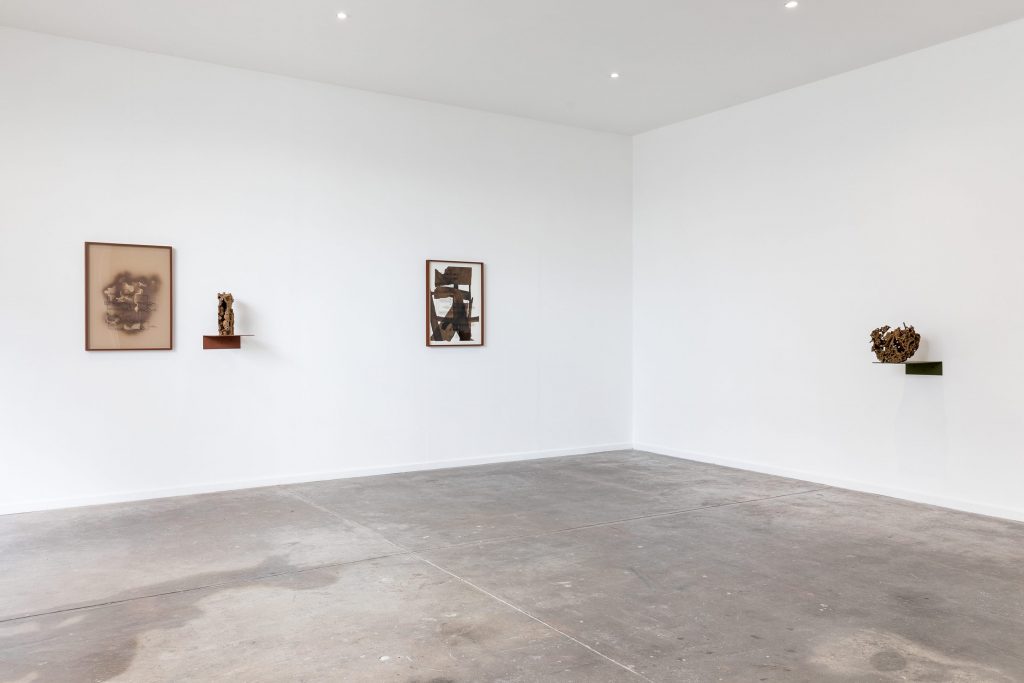 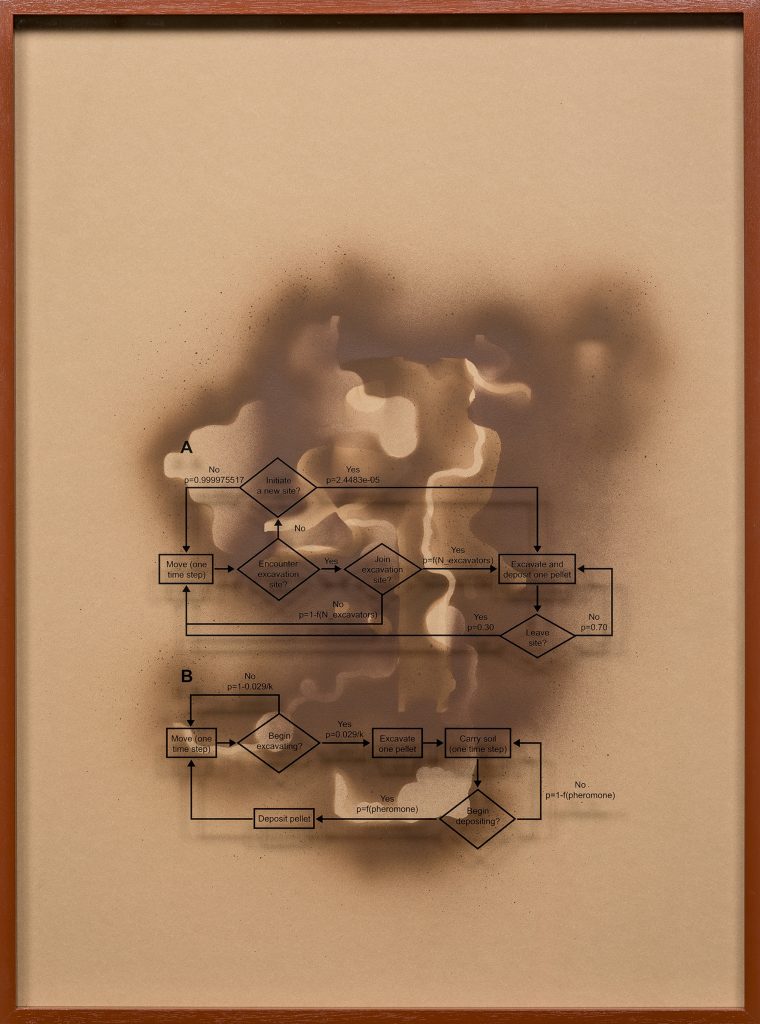 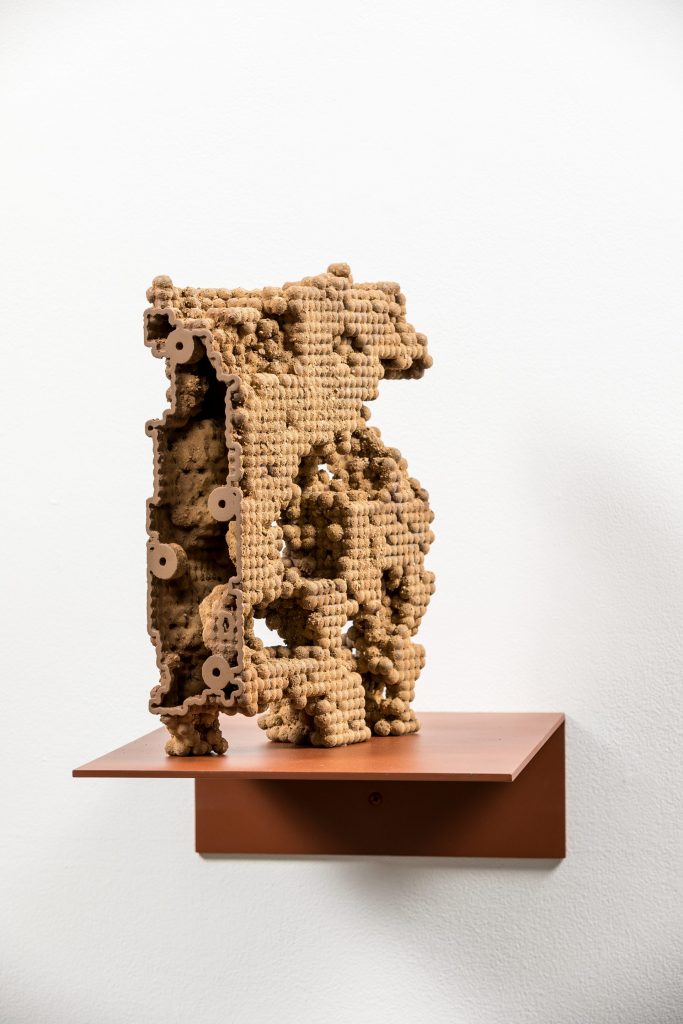 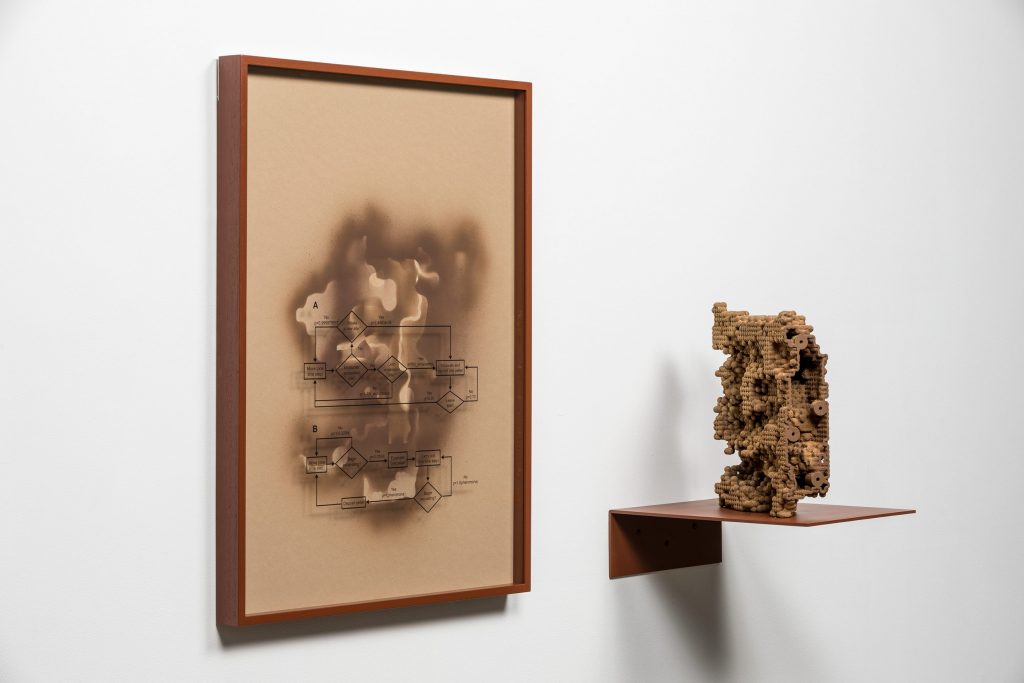 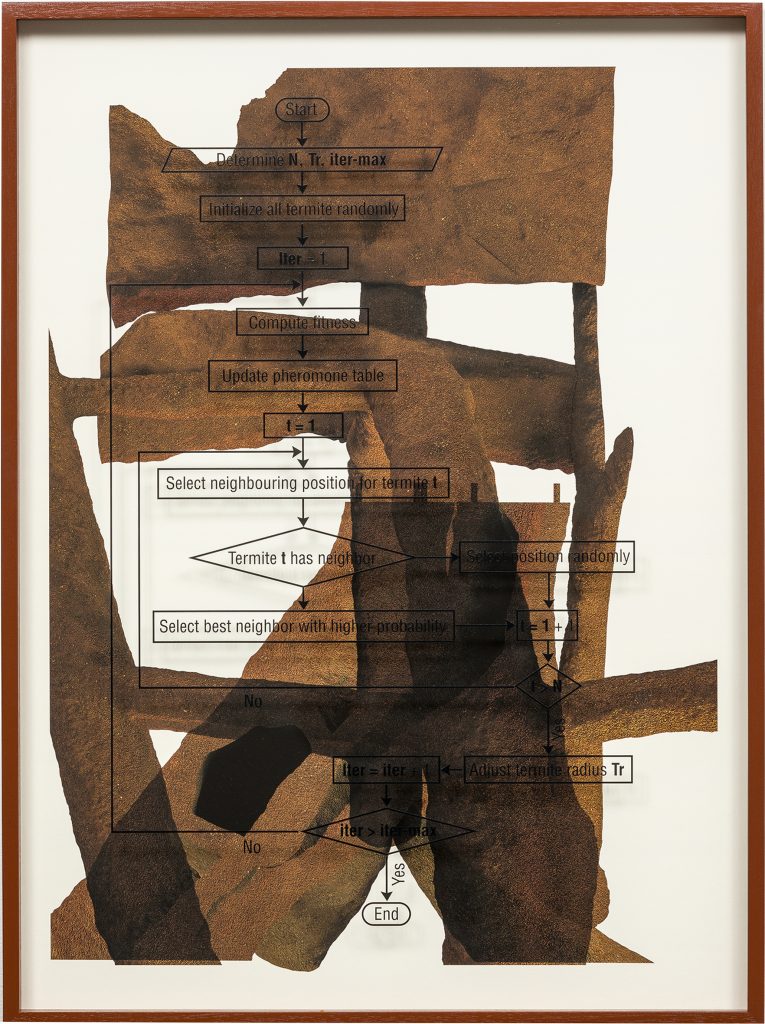 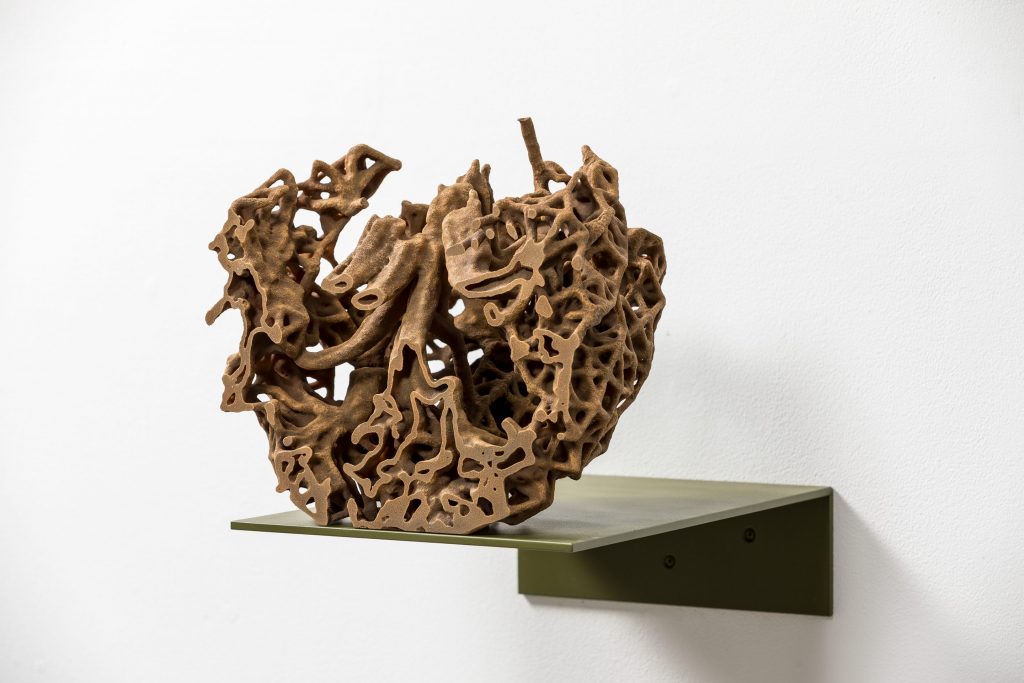