Liang Luscombe’s practice encompasses painting, sculpture and moving image that engage in a process of generative questioning of how images and film affect audiences. The resulting artworks appear as an aggregate of culturally loaded references that include language, film history and aesthetics.

Premiering at Sutton Gallery, Sweaty Scales is a single-channel video installation which critiques the presentation of racial fetishes, while still permitting fantasies. Through a series of vignettes, the video tells the story of a pair of lovers: an Asian American woman named Lisa and her Caucasian American lover named Oliver who sweats profusely throughout the story. During their romance, Lisa, struggles to find her own sexual identity in relation to the ever-present image of the Asian women as the deceitful, sexually aggressive “dragon lady” or to the innocent “lotus blossom”. 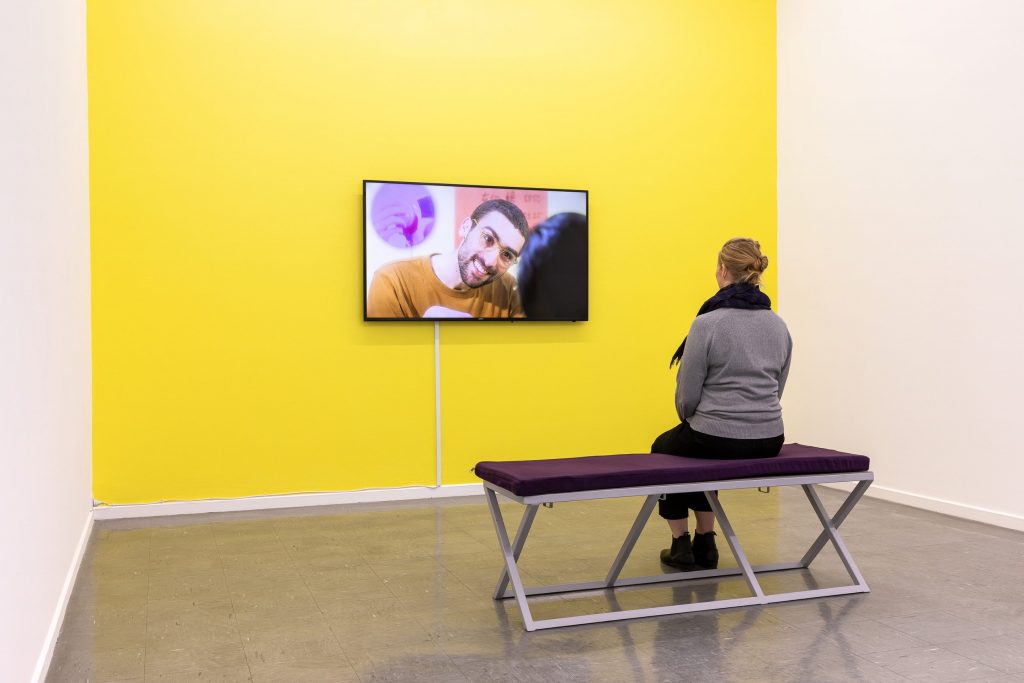