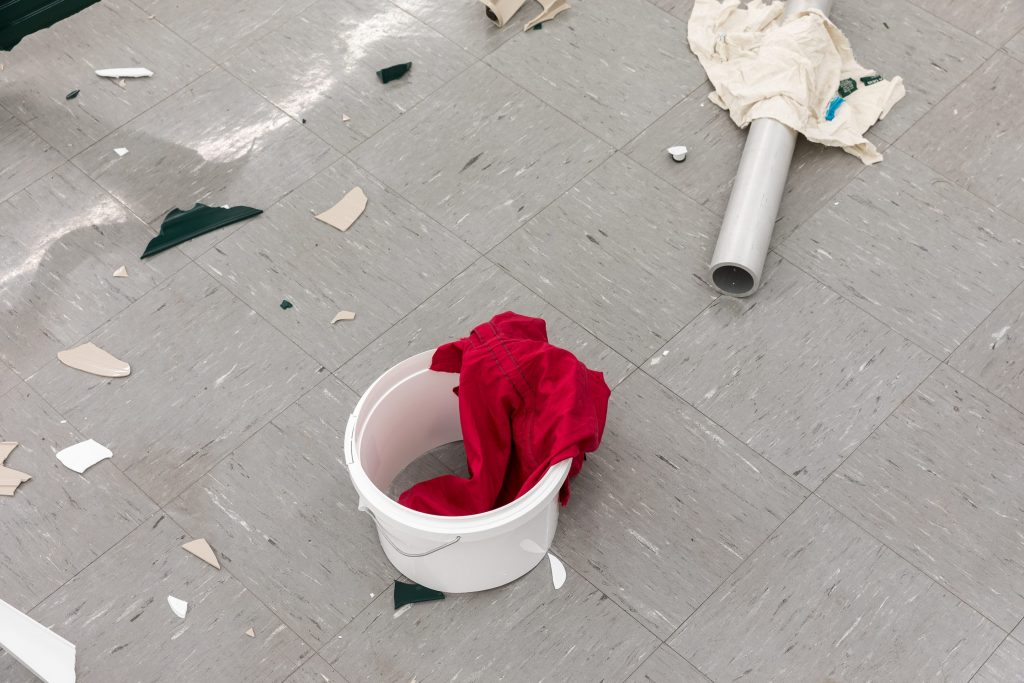 Peter Robinson’s new exhibition Notations operates on a sliding scale between vulnerability and cynicism. The exhibition consists of rapid-fire sculptural constructions made from simple industrial materials including scrap metal, rags, broken chairs and paint buckets. Although unsettling because of its chaotic structure and rawness this new work is consistent with the stark aesthetic of Robinson’s practice in recent years.

Robinson embraces uncertainty as a source of generative potential and welcomes diverse interpretations of his artworks. A possible reading of this installation might conceive it as an informed spatial investigation that suggests environmental catastrophe and political revolt. Alternatively, the exhibition might be viewed as a loaded site that tests the threshold of what can and cannot be considered as legitimate and sincere. 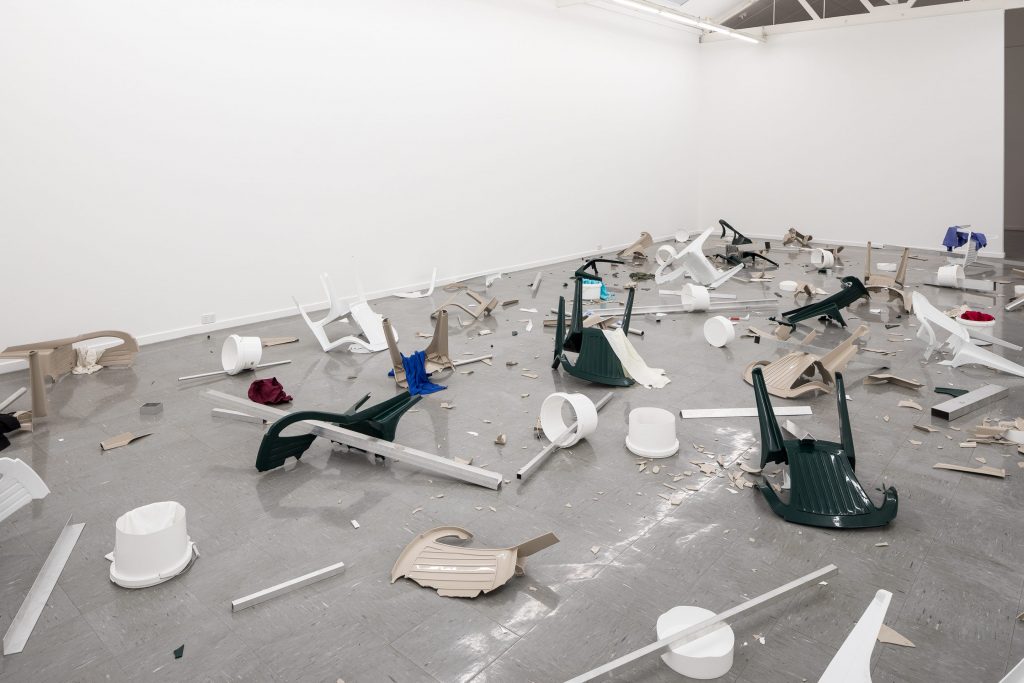 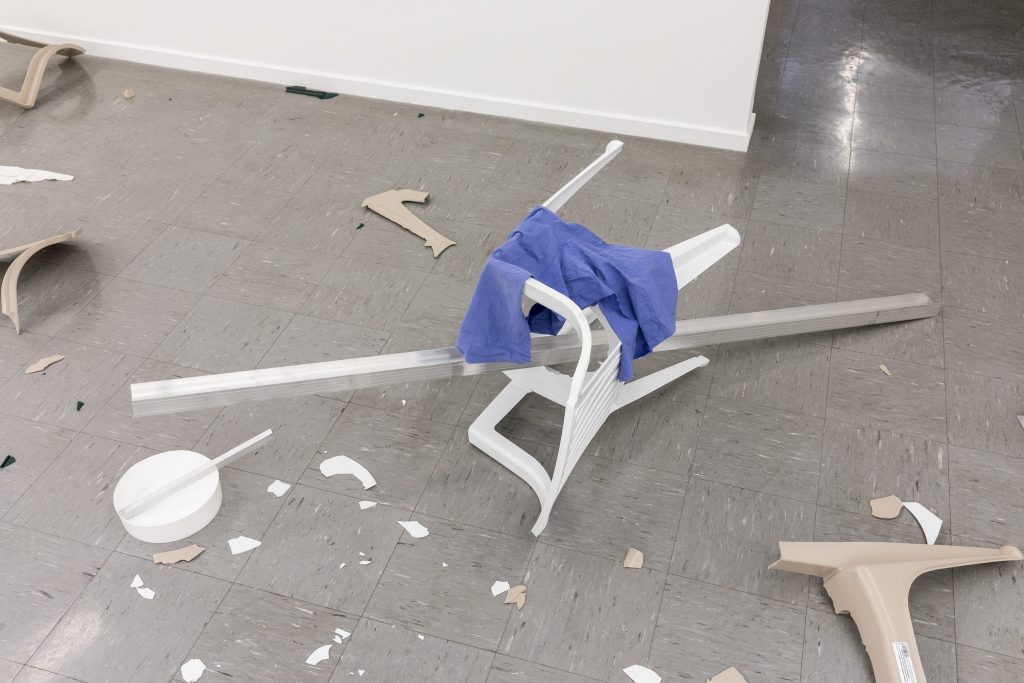 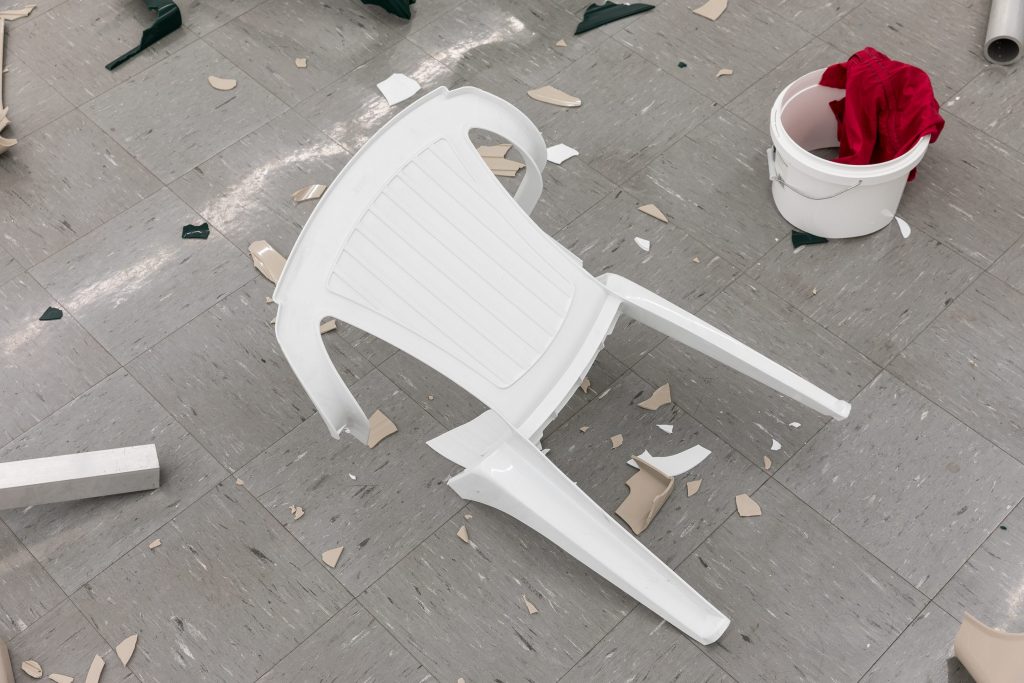 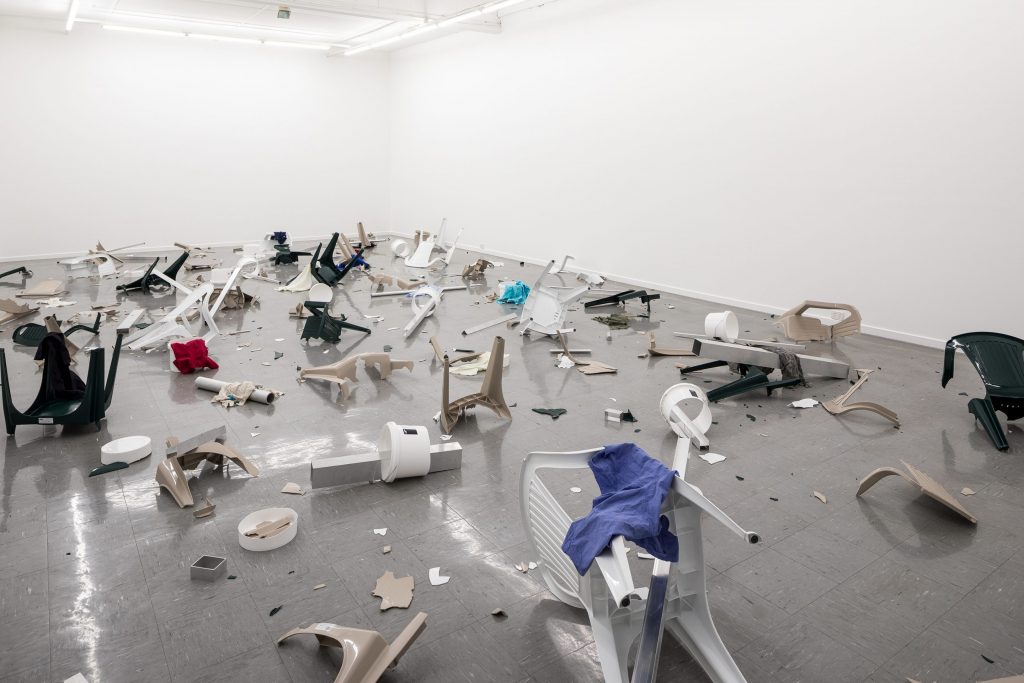 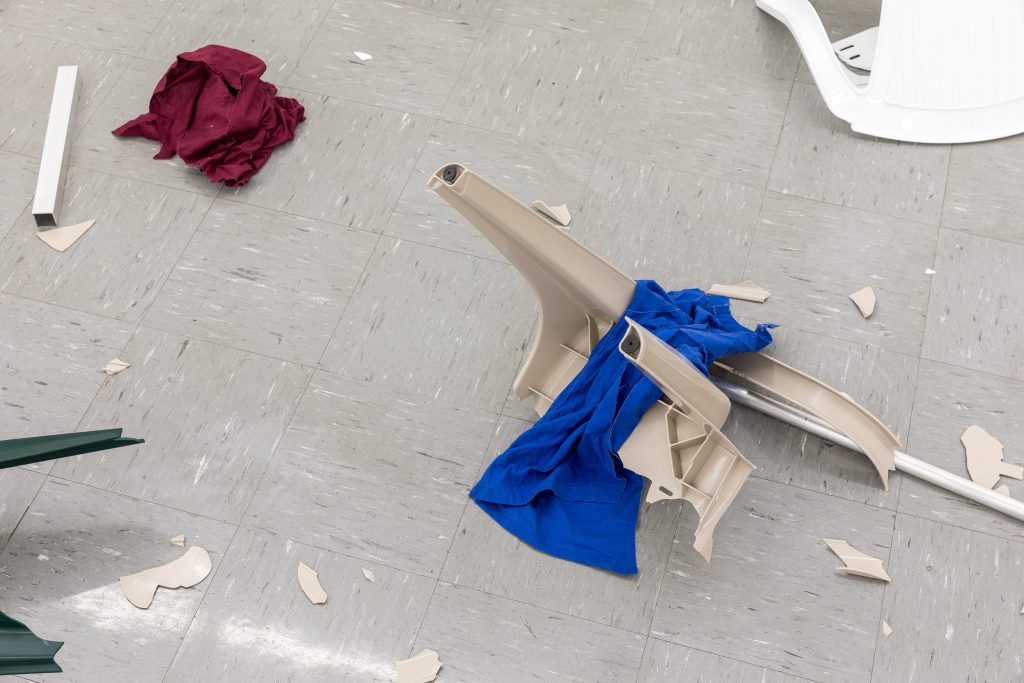 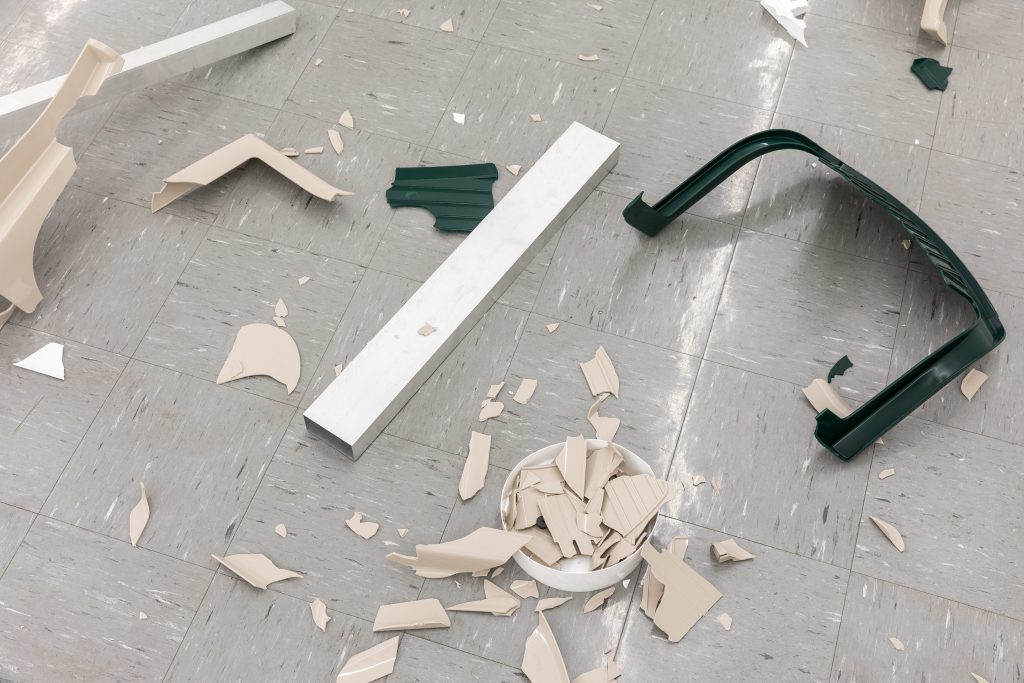 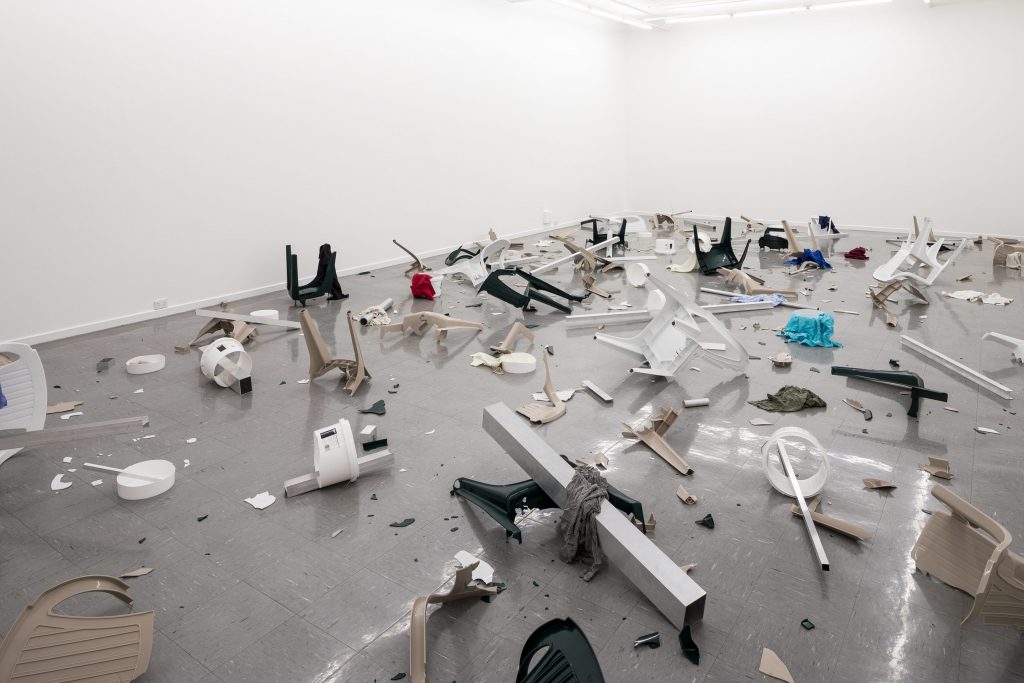