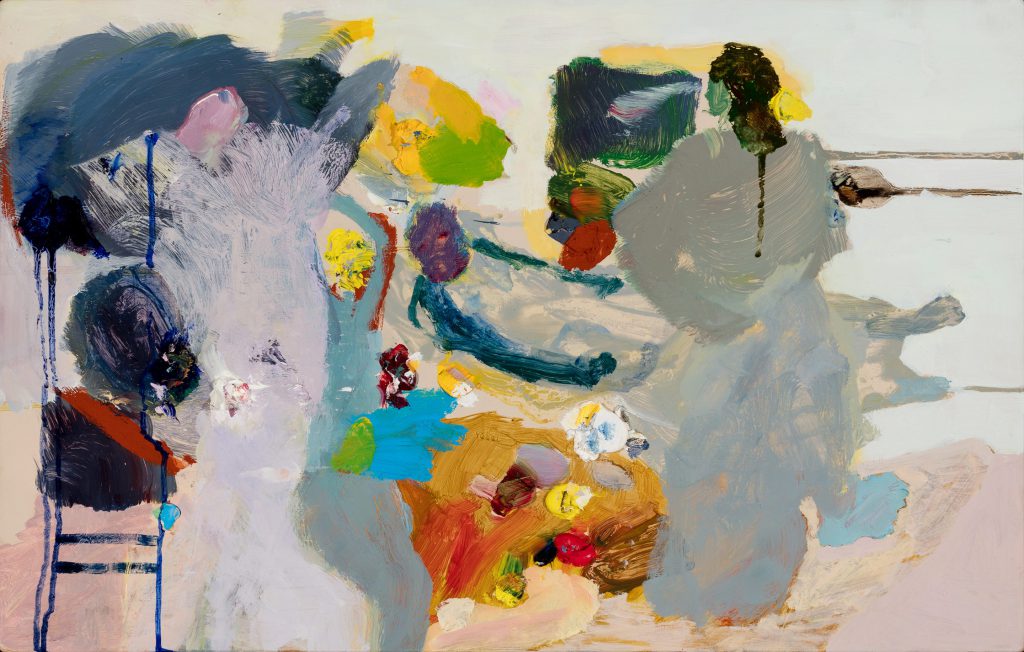 Karen Black arranges her compositions as she would a theatre scene, allowing the relationships between the forms and figures to elicit drama within exaggerated tableaux. While Black carefully plans the painting process, she executes her gestures with haste. The resulting surfaces teem with figurative elements that emerge and crystallise within the colourful daubs of thick paint, swift marks and liberated drips.

In earlier artworks, the artist selected historical and mythical narratives to articulate firsthand experiences of humanity in crises. Working in communities facing geopolitical emergencies, Black observed cycles of destruction and renewal occurring on a geographical, architectural, and bodily scale.

In Riding a blue horse, Black examines how this constant process of ends and beginnings manifests on a personal level. Female figures in bizarre situations are inserted in to nonsensical, dreamlike backdrops, alluding to the increasingly irrational temper of our era. At times portentous and urgent, with moments of optimism, the dominant essence of these artworks is one of perseverance and honesty. 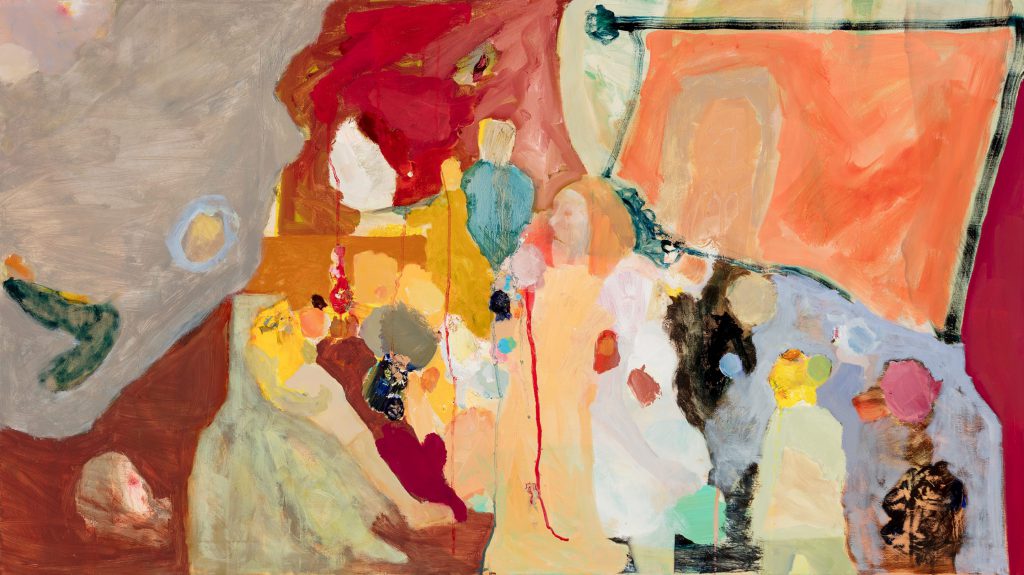 Monument to her (between two trees) 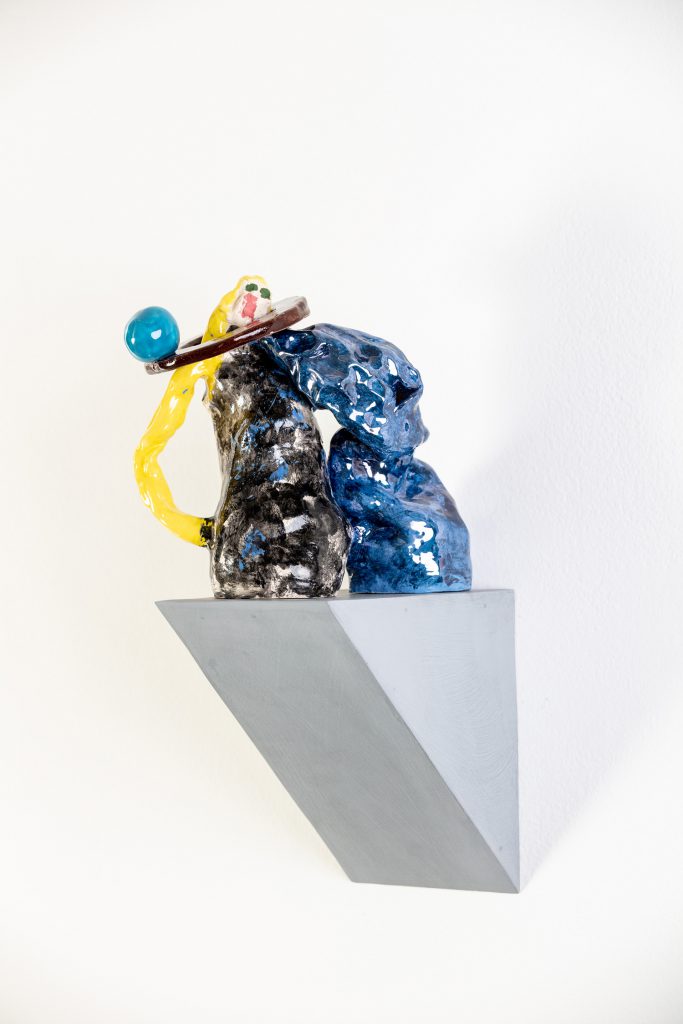 Woman wrestling with the moon 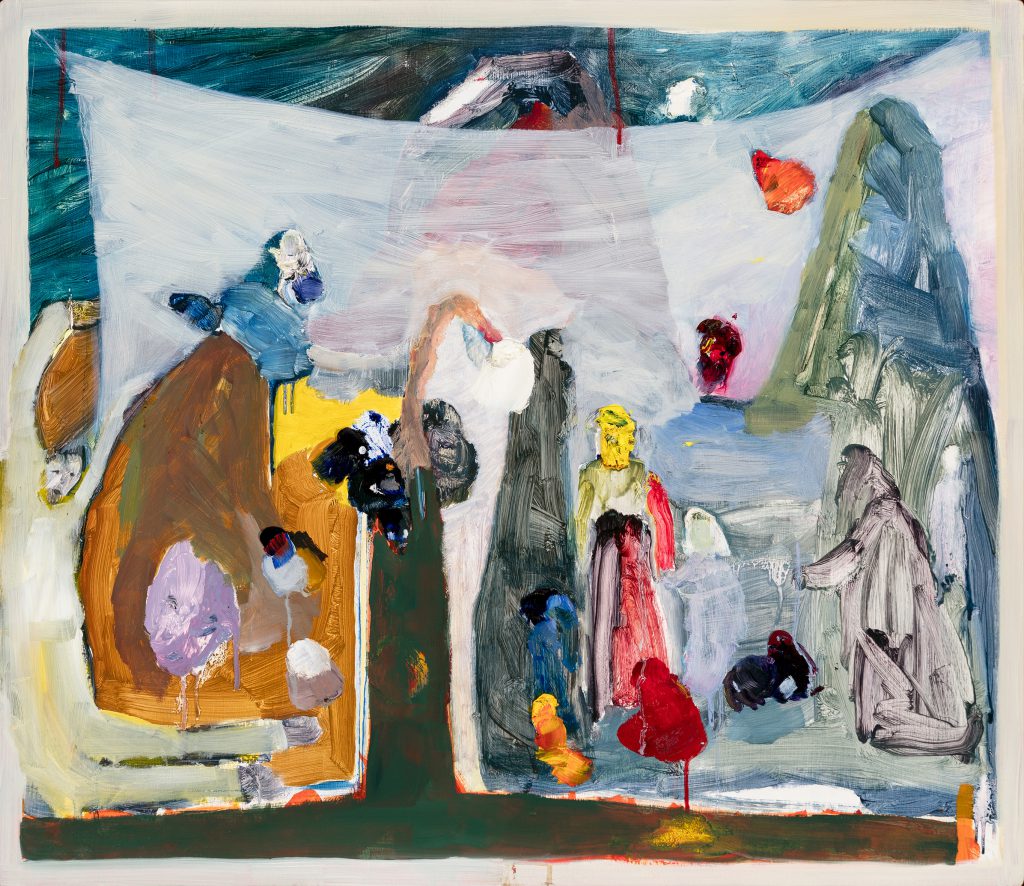 Hanging a curtain, hiding a mountain 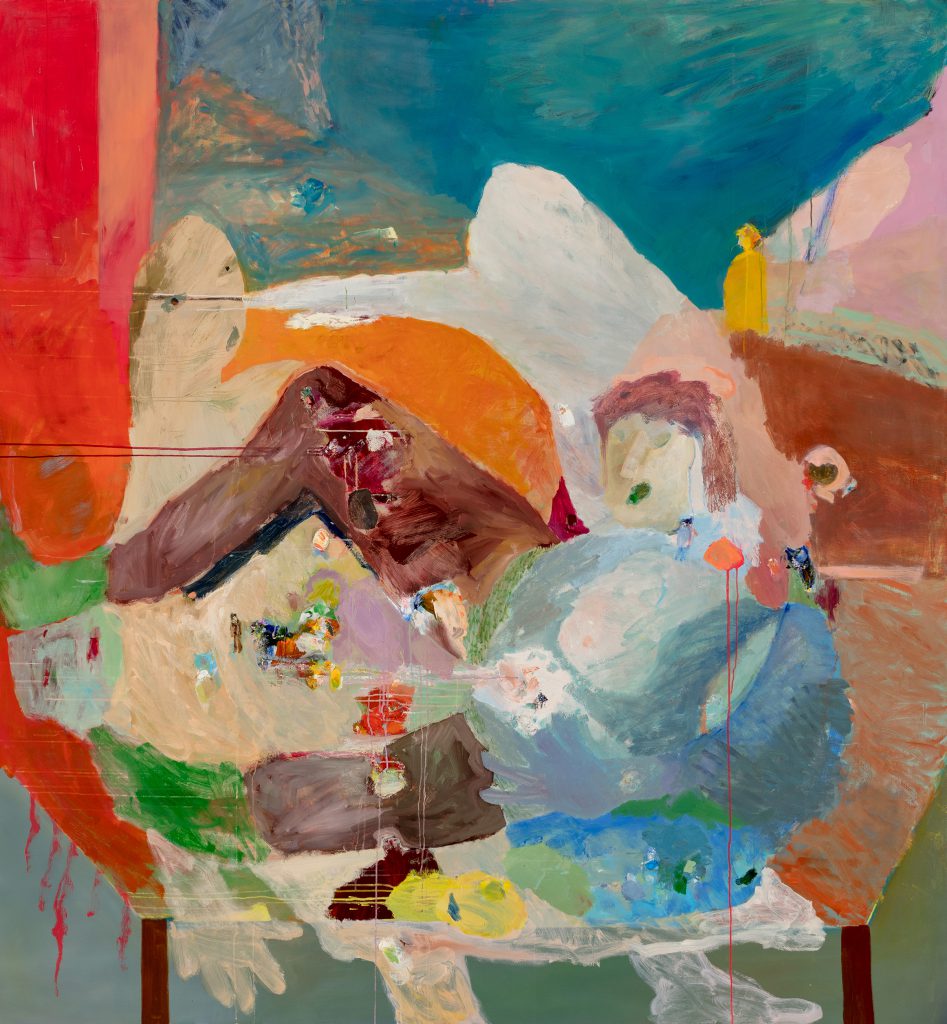 My head is a mountain my heart is a sea 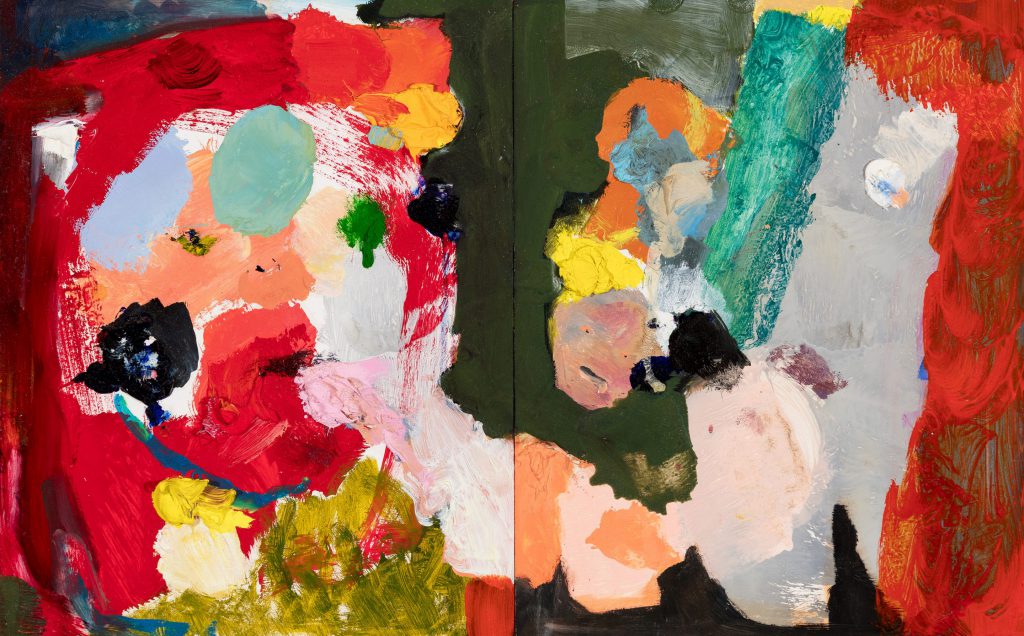 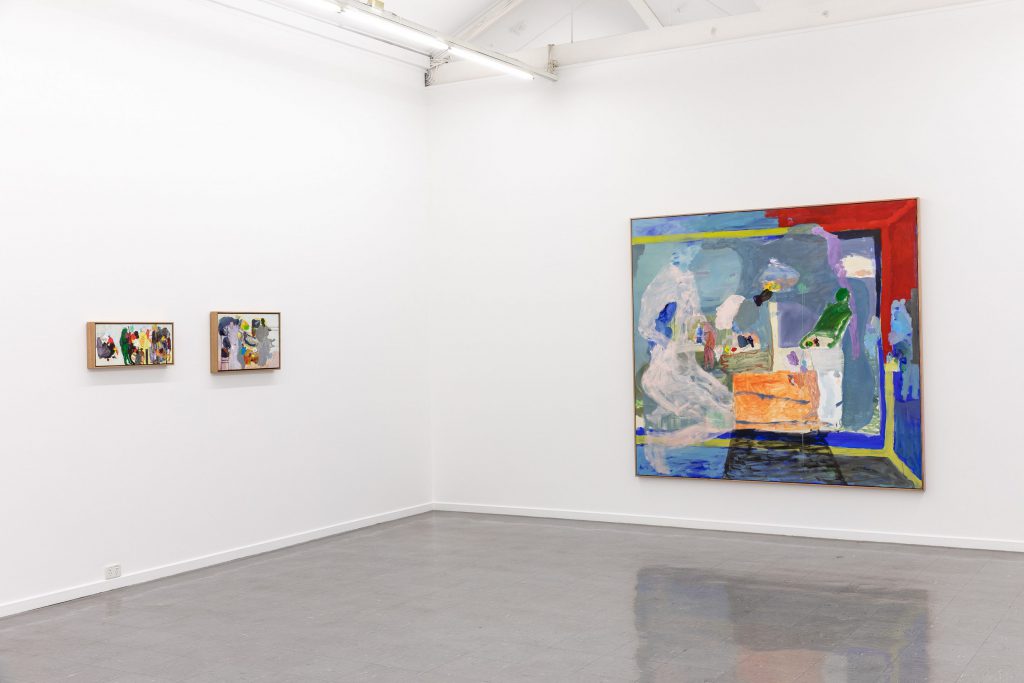 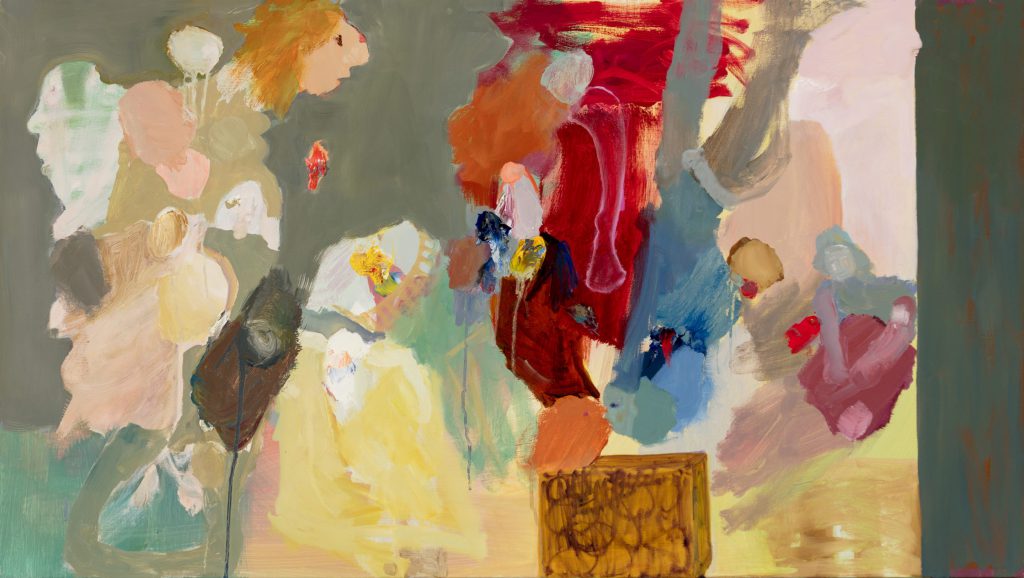 Scattering the grasses in waves 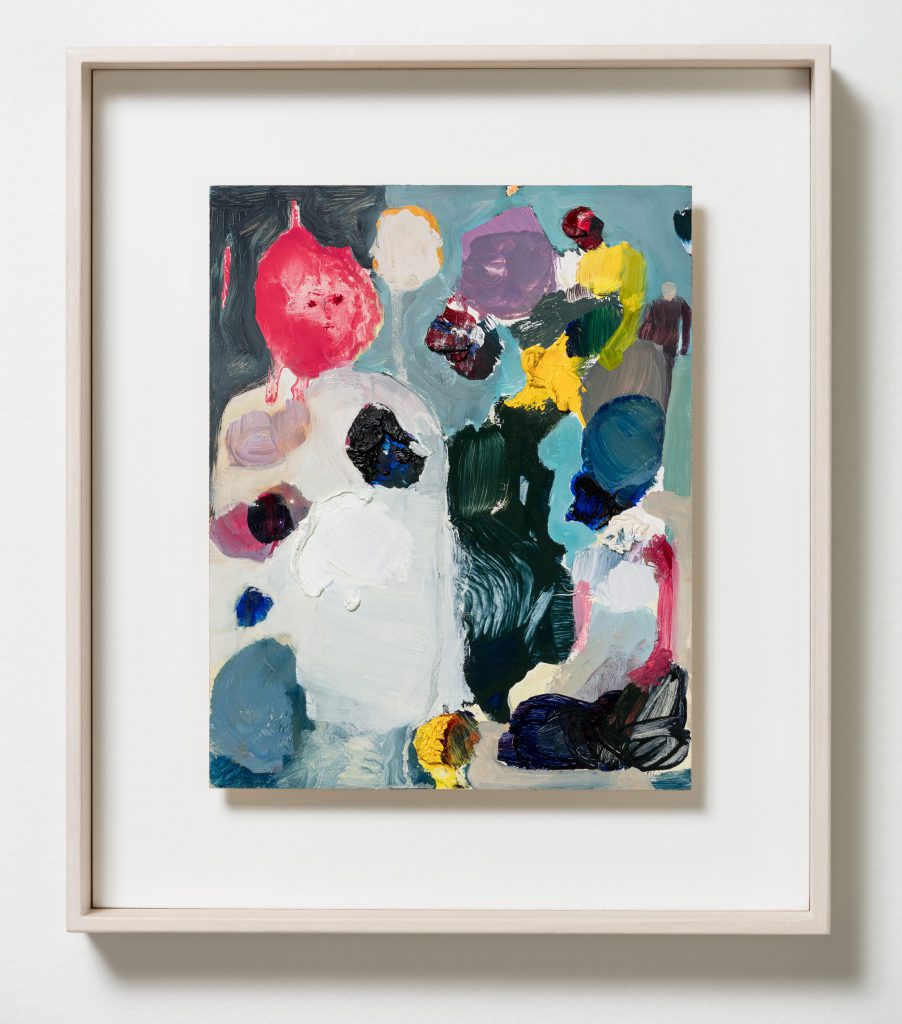 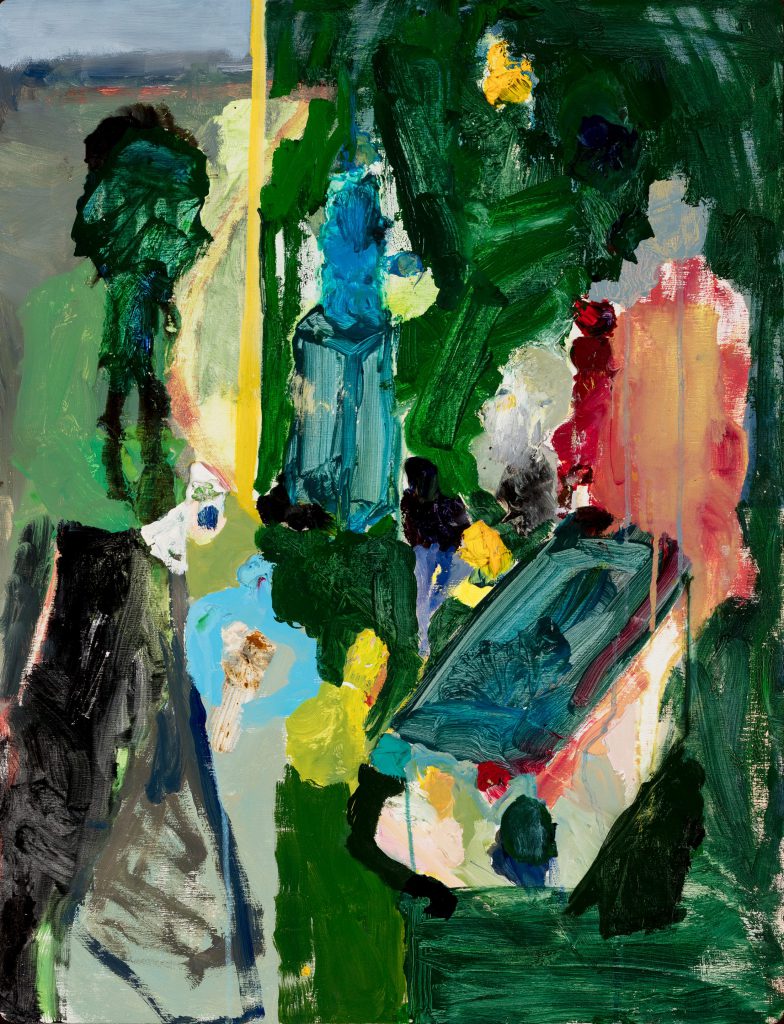 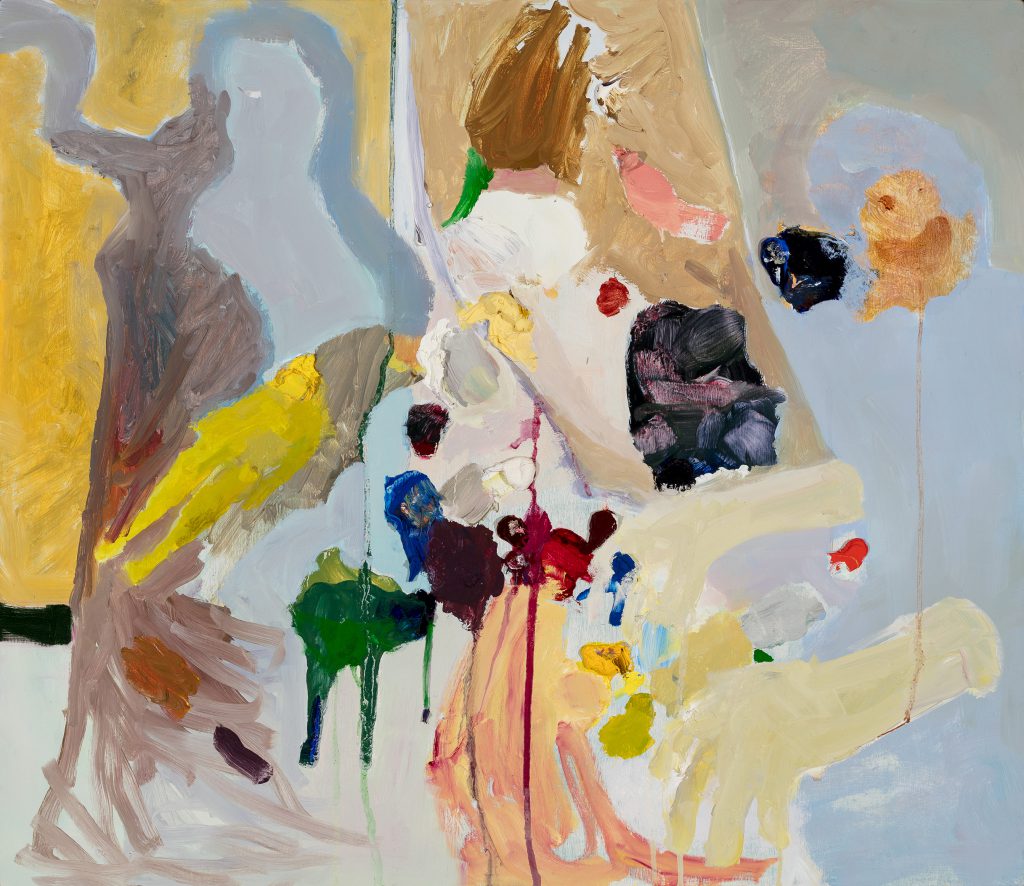 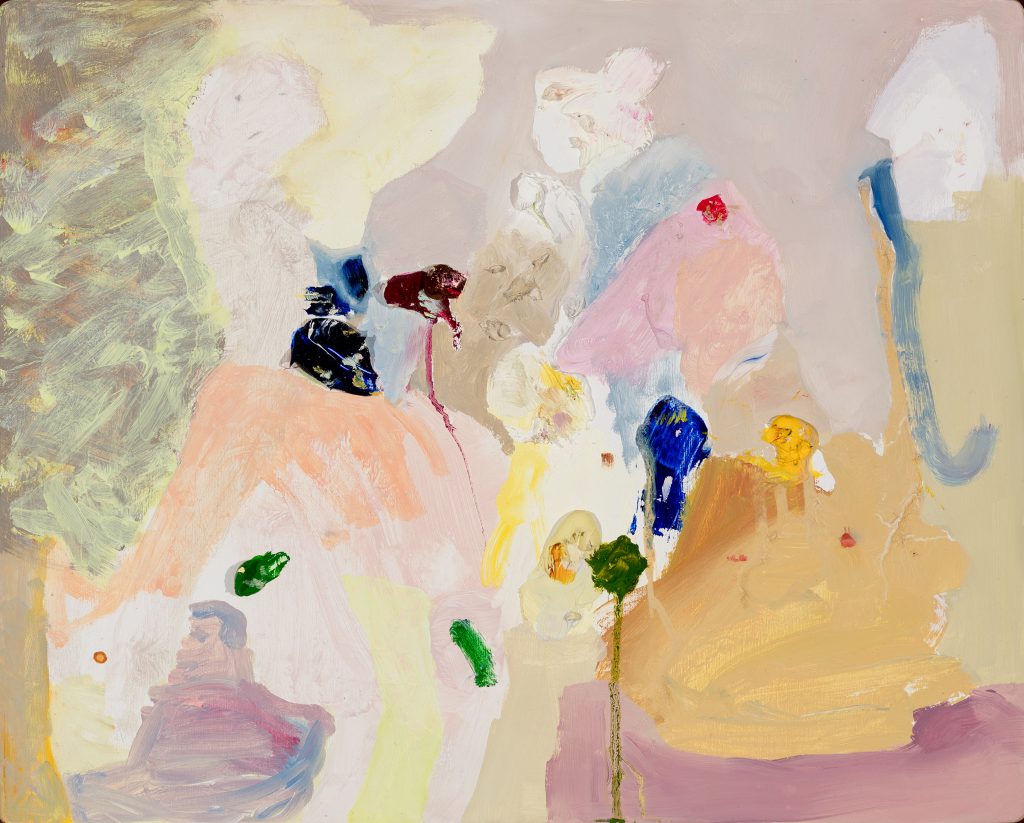 Woman with a horse 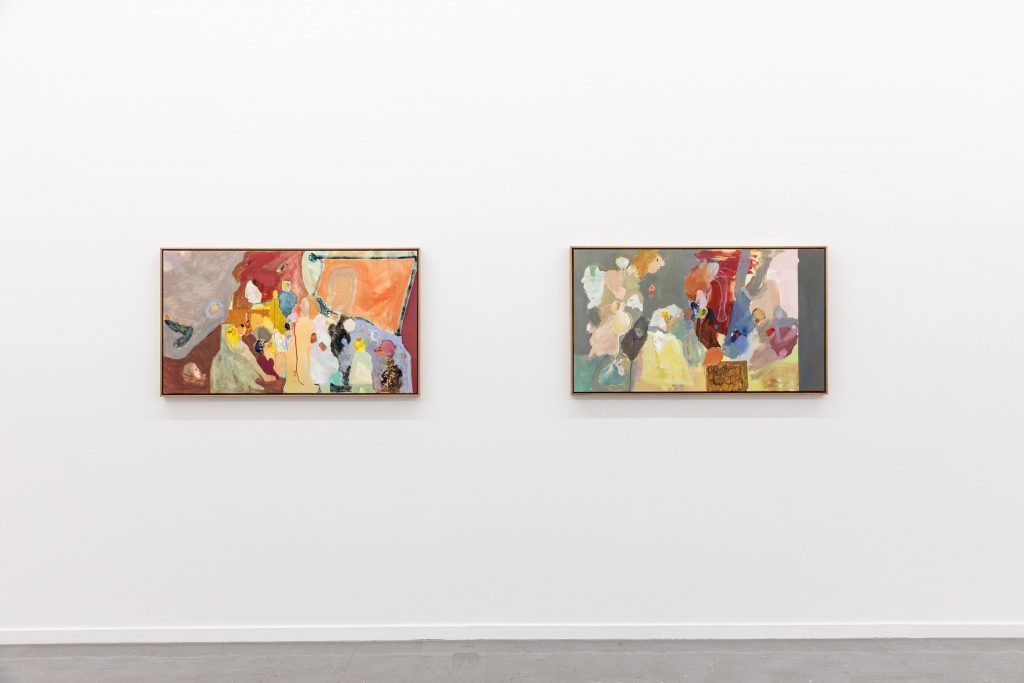 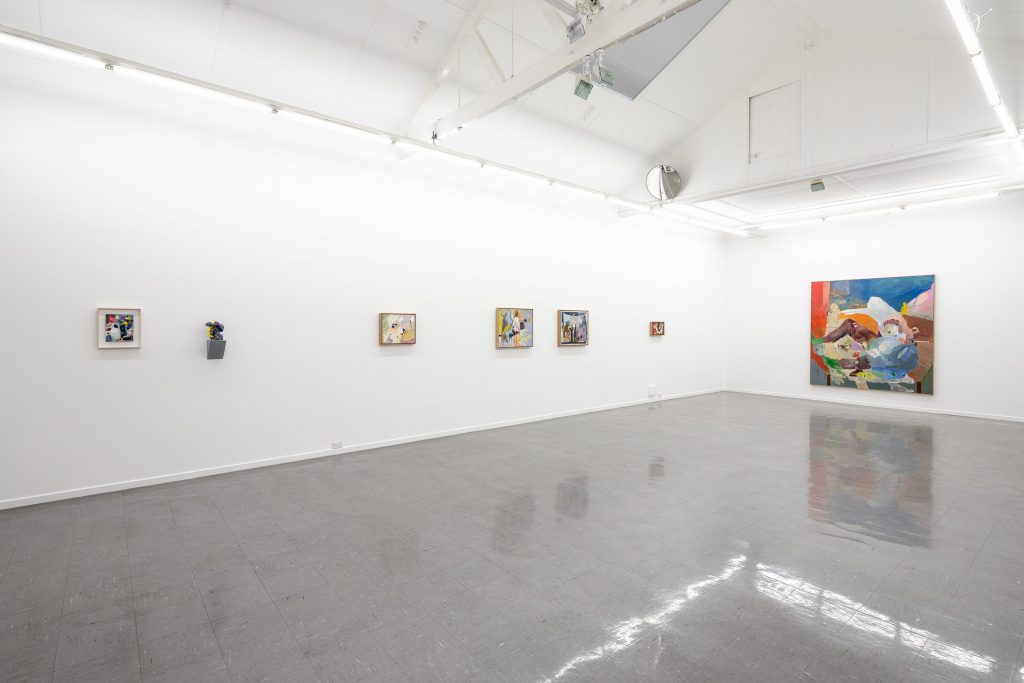