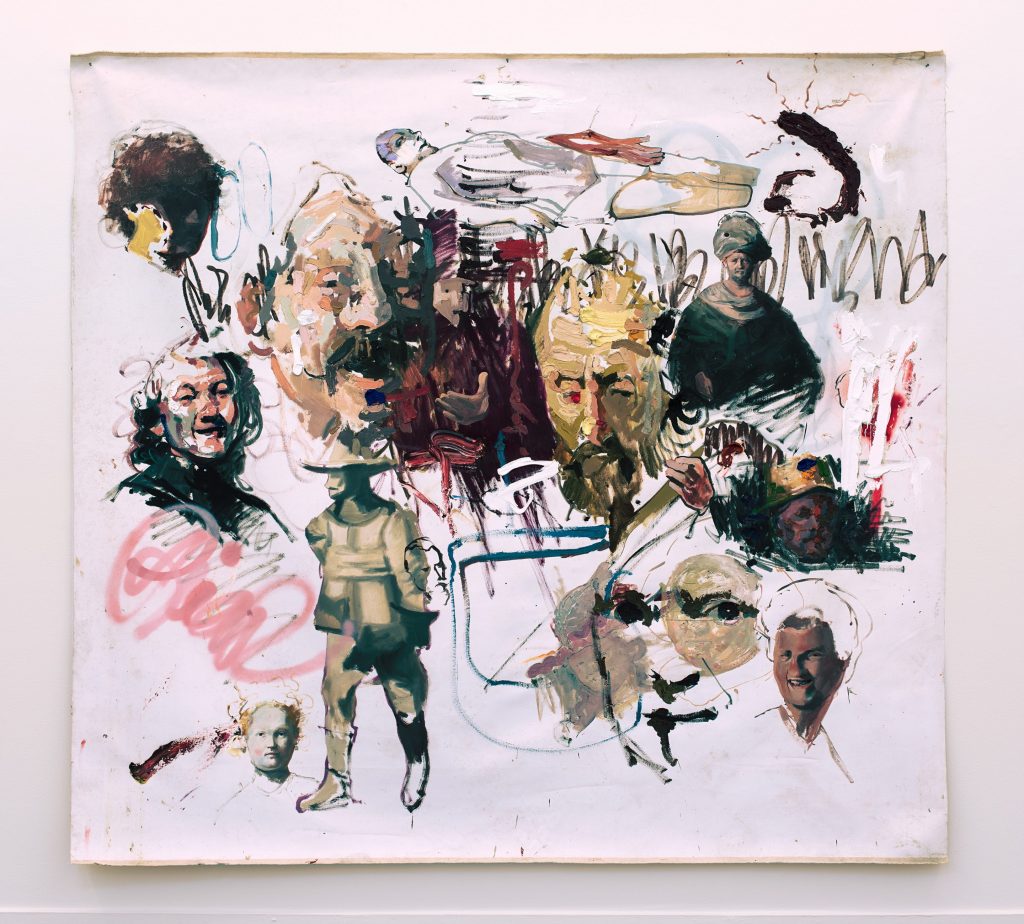 Manik’s practice is defined by an ongoing investigation into the boundaries of representation, which the artist has previously explored by analysing the threshold between abstraction and figuration. Known for his non-representational paintings produced from photographic imagery, in this exhibition Manik has challenged himself to also incorporate recognisable subjects. The resulting paintings slip in and out of abstraction, as the artist combines memories with references from the fabric of his daily life.

Beginning each work by quickly spraying aerosol paint onto the stretched and unstretched canvas, Manik later blocks-in thin washes of colour and applies a final layer in oils. This layering technique provides not only visual texture and energy to the works but adds depth and weight to Manik’s complex review of representation. Nostalgic, melancholic and facetious Paintings vibrates with emotional and compositional intensity. 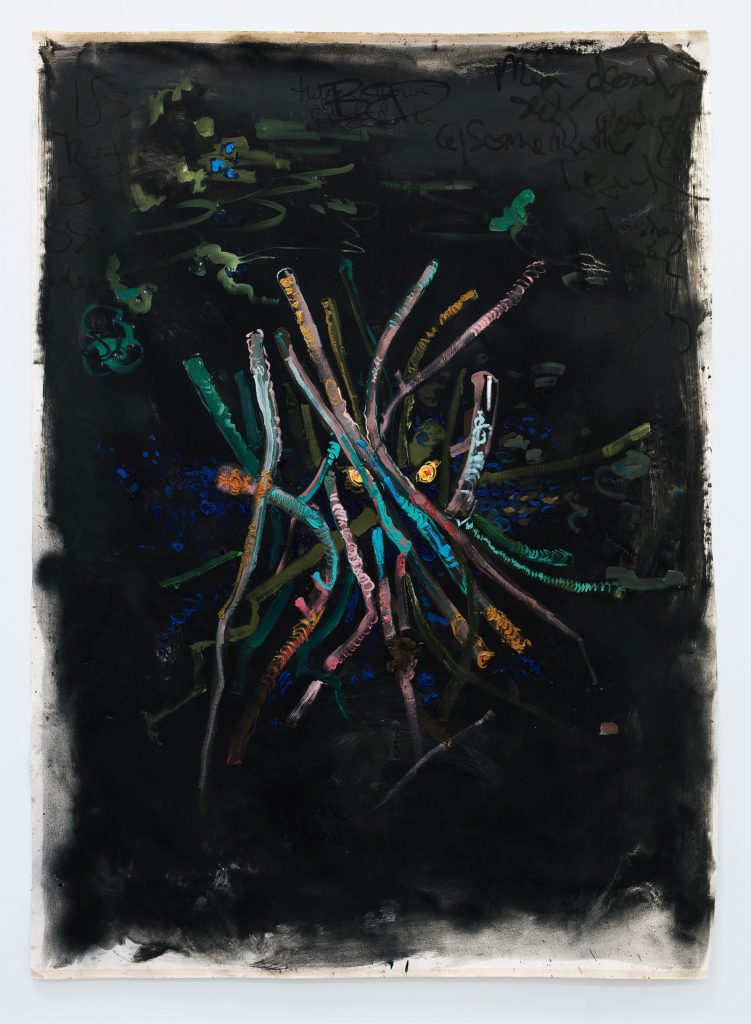 A pyre of mostly wet branches 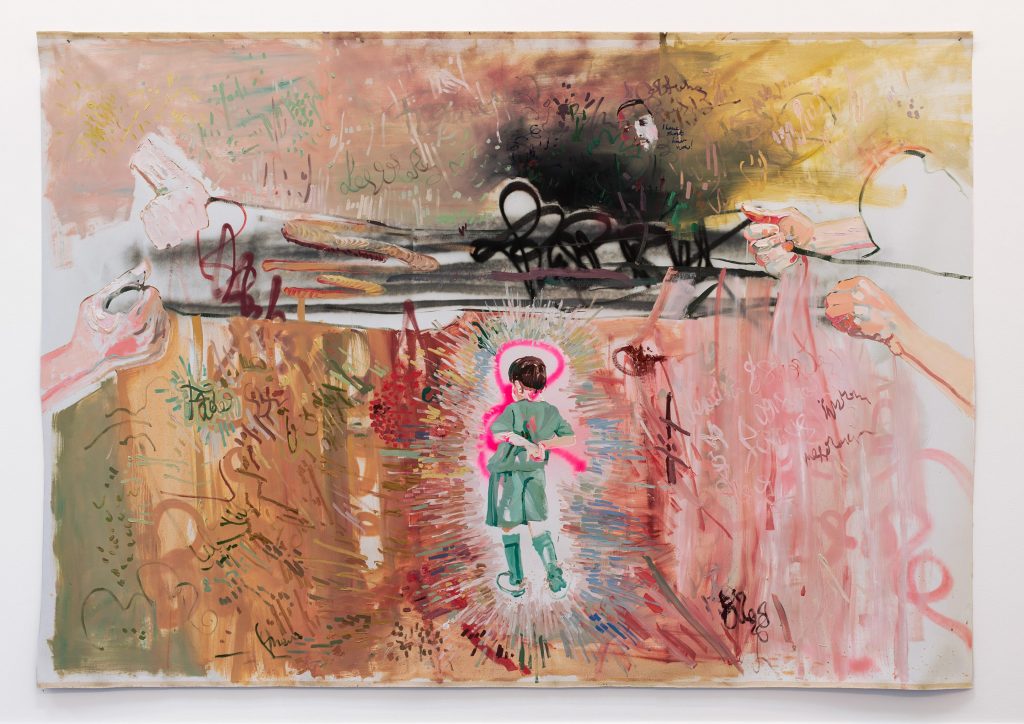 Folding a turban between two rooms 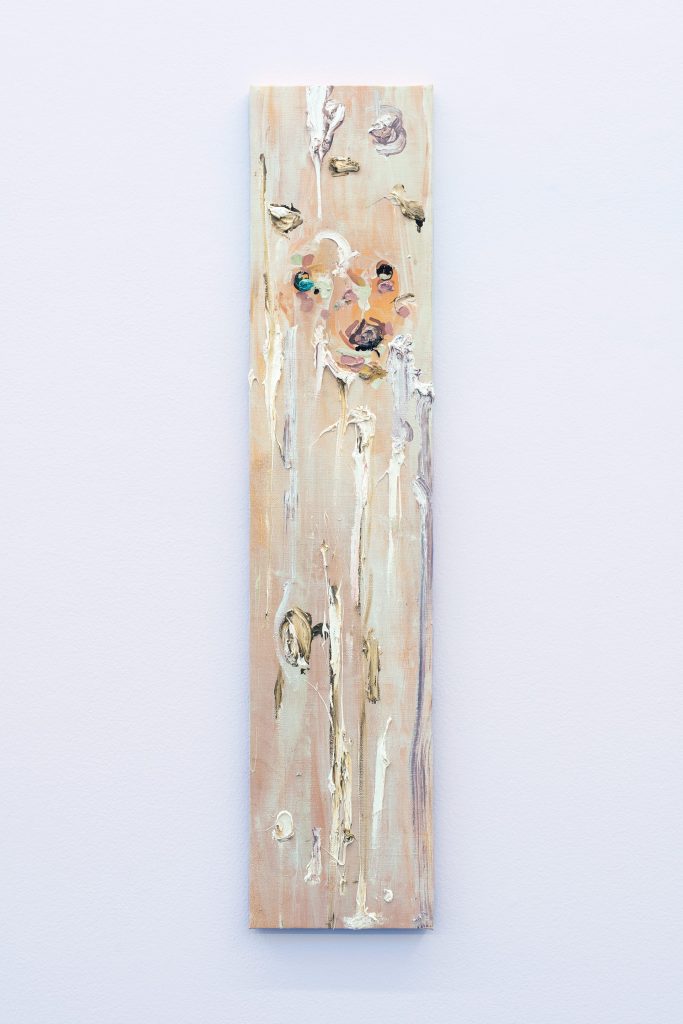 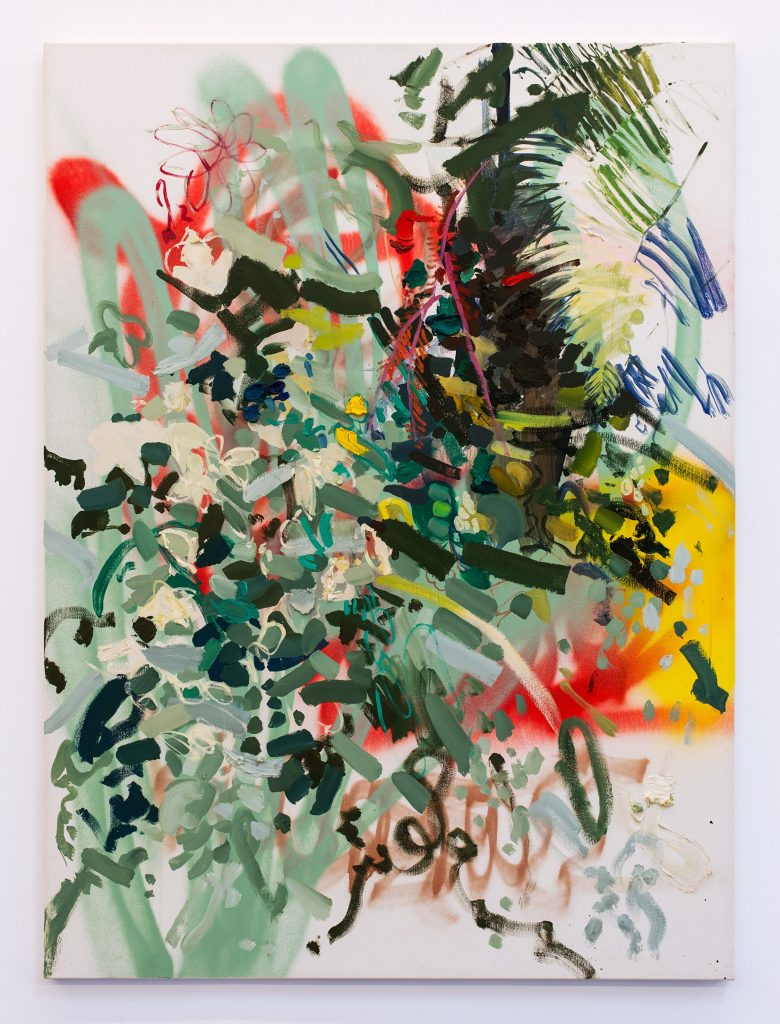 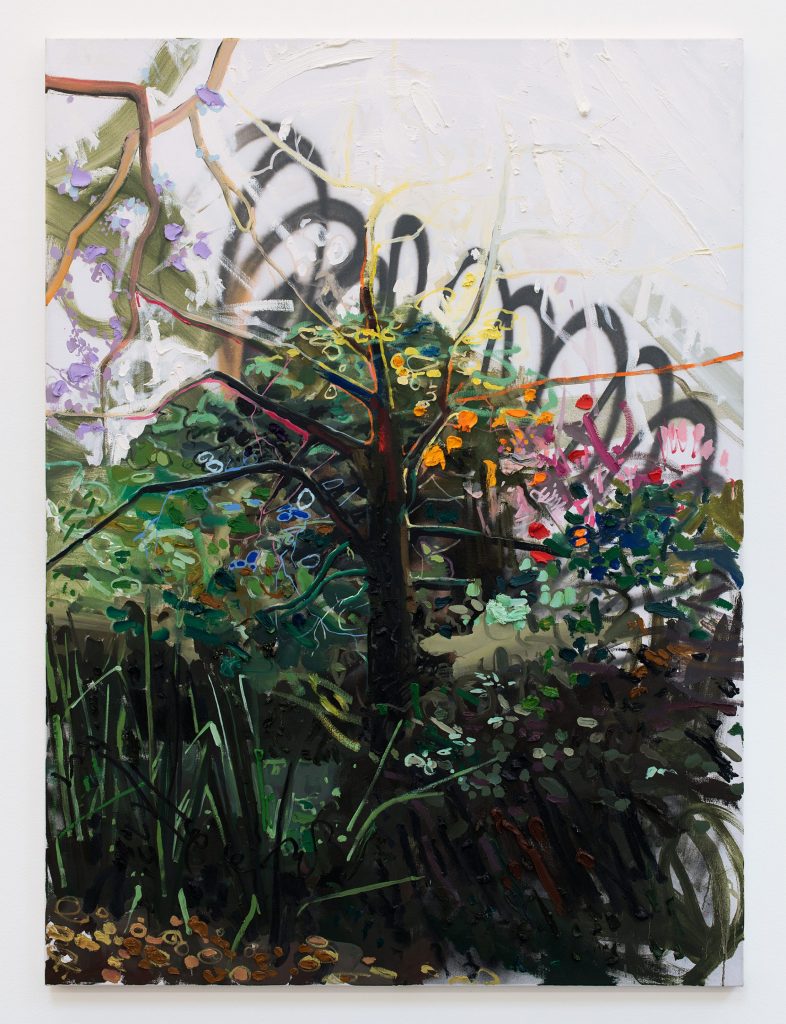 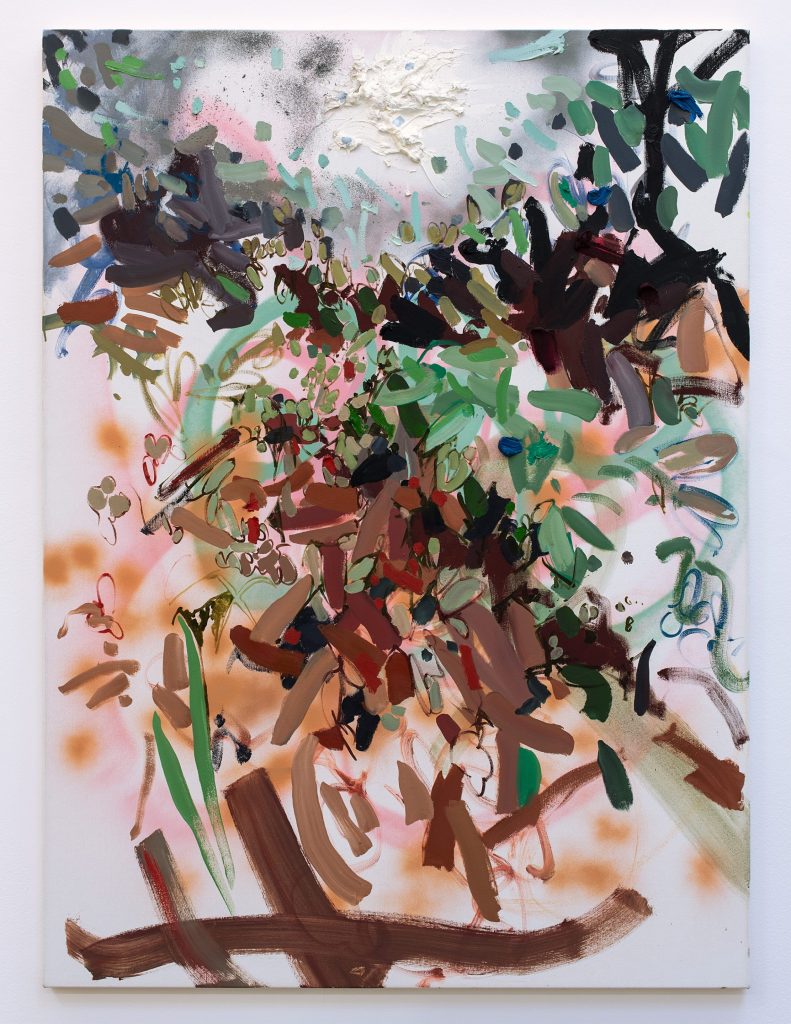 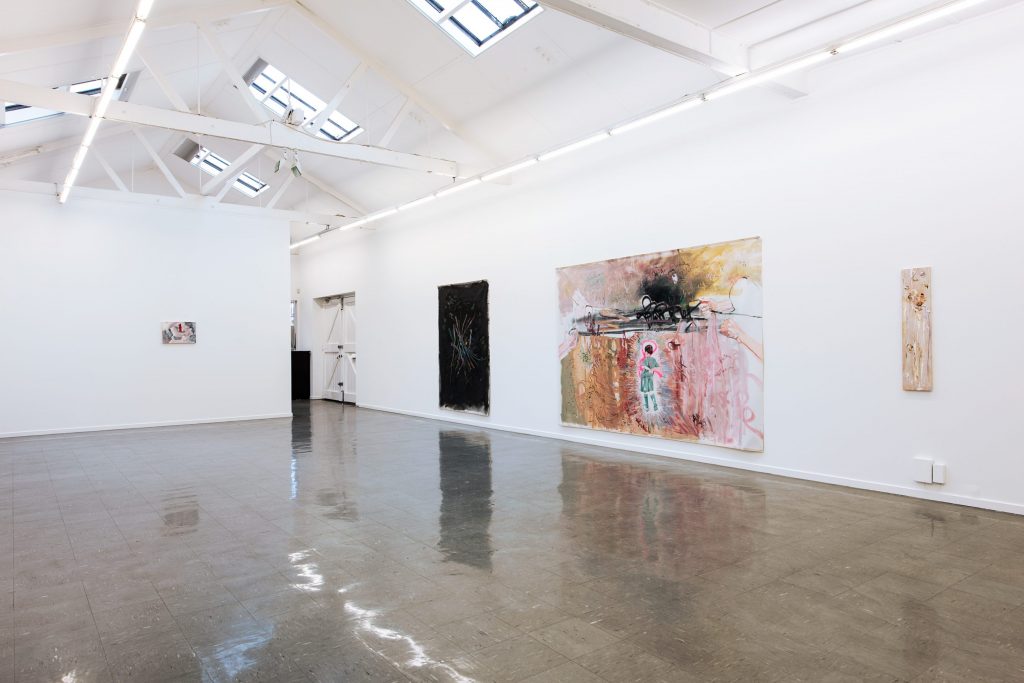 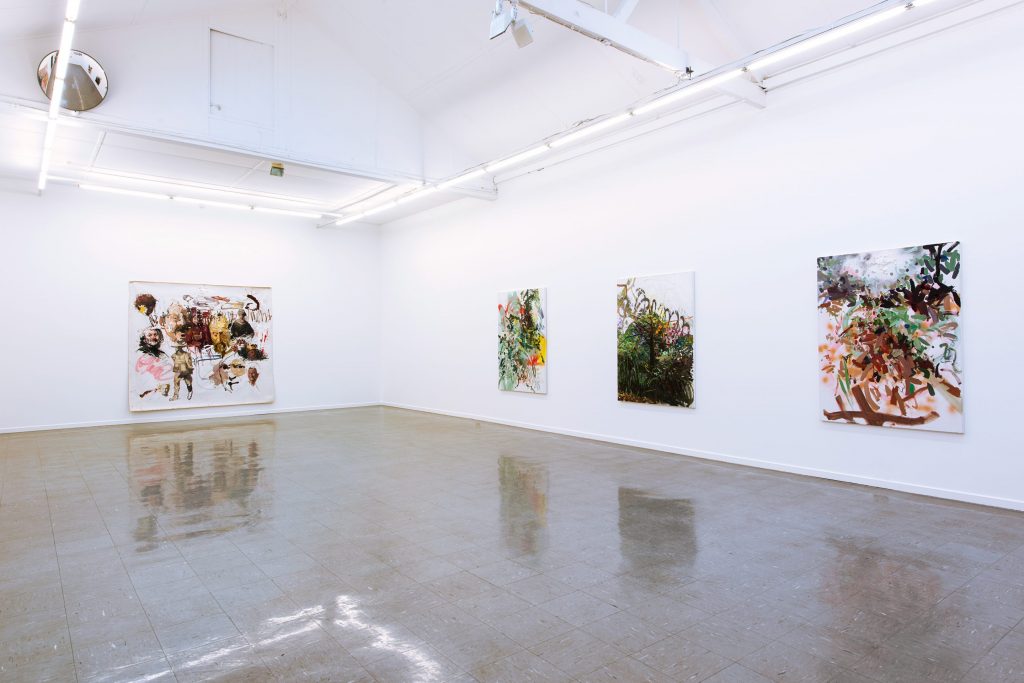 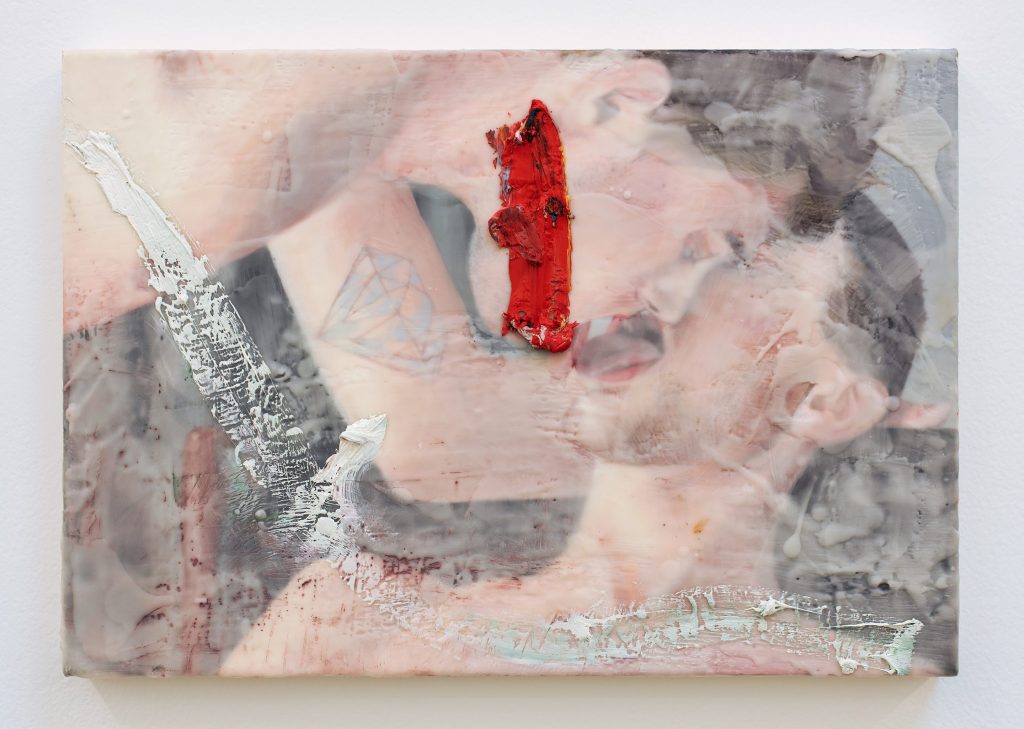