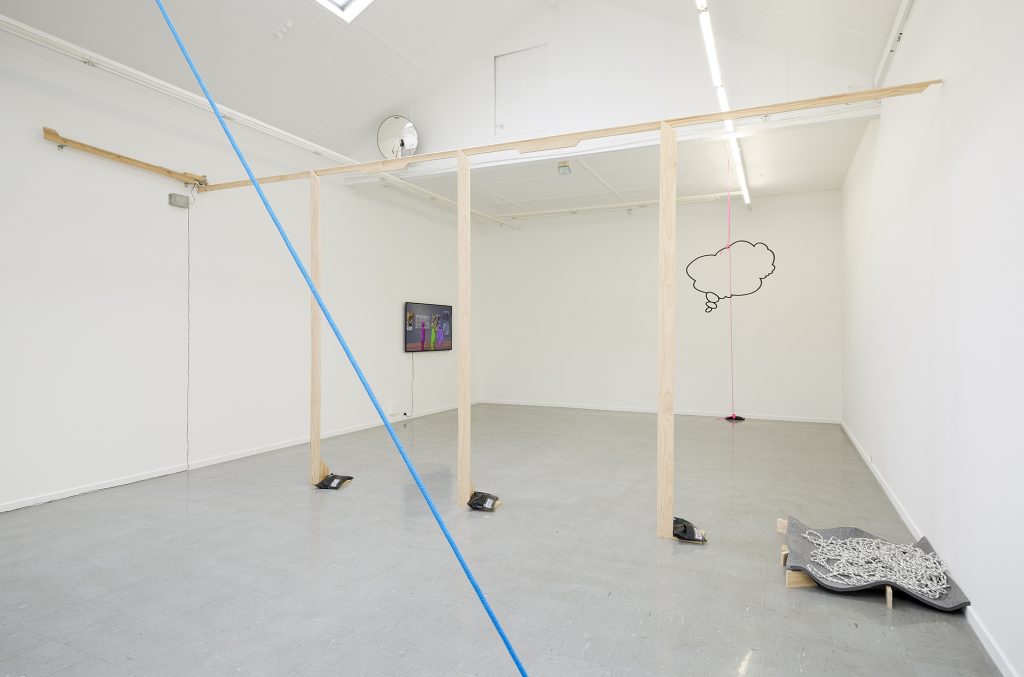 For this exhibition Mountford presents a variety of works each concerned with time, including a new major film piece, a series of digital drawings, a number of sculptures and an intricate site-specific work spanning the gallery space. R.E.M.’s Out of Time is one of the many albums Mountford has recently digitised. During this process, it occurred to him that the title Out of Time could be interpreted, especially now, in two ways, as literally running out of time, which implies a linear interpretation of time and its possibly apocalyptic end point (a timely interpretation if we consider the politics surrounding climate change or the latest Trump headline). Alternatively, it can also refer to the idea of not being a part of time, being ‘out’ of it, or separate to it. For example, if we consider the traditional western art canon as time, then to be out of time would mean practicing outside the canon.

Mountford’s installation, Canon, consists of a steel ball released at regular intervals travelling the width of the gallery, towering three meters in the air on a wooden ramp, ‘thump’ it eventually hits the white wall before falling to the ground. In one sense, it is simply marking the passage of time, but it could also be referring to the inevitability of the canon, our desire to construct history in a straight line.

Alongside this, Mountford presents his first chapter of a single channel digital animation, Incongruence. Titled Incongruence Prelude 1945 – 1965, this moving image work broaches the messy material of art history. Starting from the end of the second world war, androgynous characters move through this material: artworks, ideas, sounds and anecdotes. Part naïve, part hubris, part slapstick, they manipulate the material hoping to develop a more inclusive historical account. But history is messy and inevitably includes the perspective of its writer.

Above this video work, high in the main gallery, black thought bubbles reminiscent of Lichtenstein’s pop paintings, float like clouds over the audience, empty they suggest the thoughts of the viewer as they pass under them. However, the obvious and provisional apparatus supporting the bubbles brings them back down to earth – these thoughts can only be held up by device and design. Further pushing the provisional to mark the present, Mountford’s new digital drawings expose the You Tube “unboxing” phenomenon, which allows the viewer to vicariously live in first person the moment the video maker opens a new consumable object. These stills memorialise the instant before revealing the new. By drawing these stills, the works empty out any sensation of the new, and instead this moment in time never completes, it sits in a libidinal stasis, never becoming new.
With notions of time pushed, pulled and paused, this exhibition perhaps acts like a clock, reminding us that despite all our philosophical and conceptual understandings of time and relativity, that at least on a local level, time still continues to move at the same speed and in one linear direction, ‘thump’. 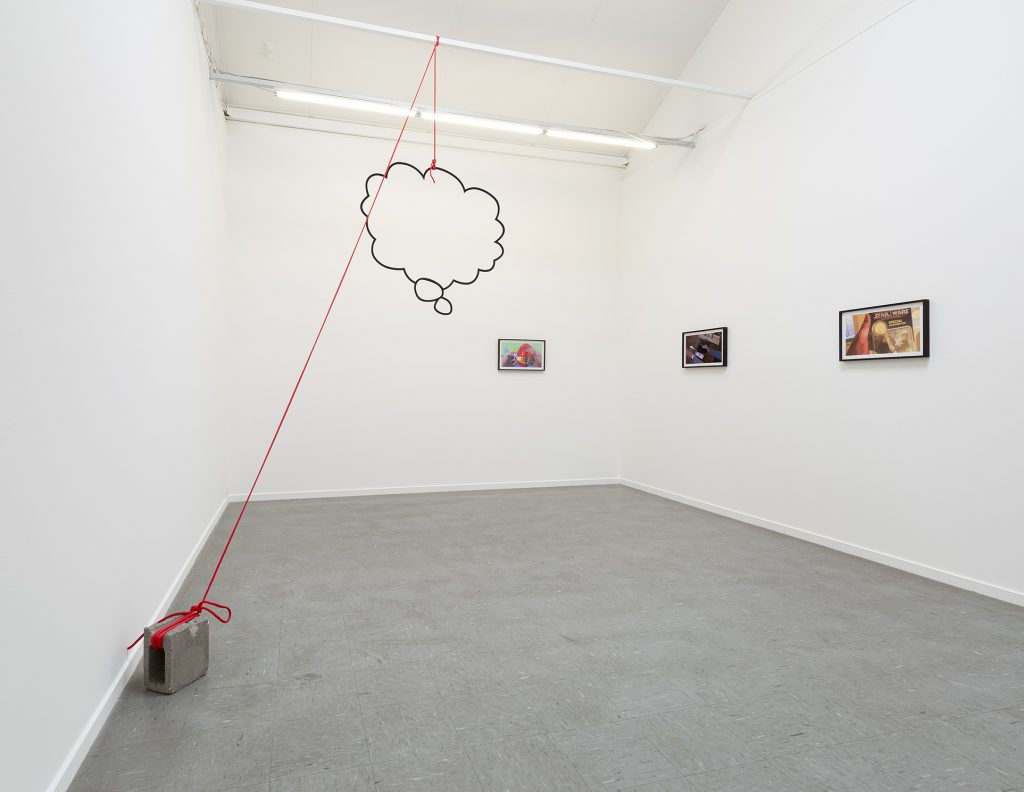 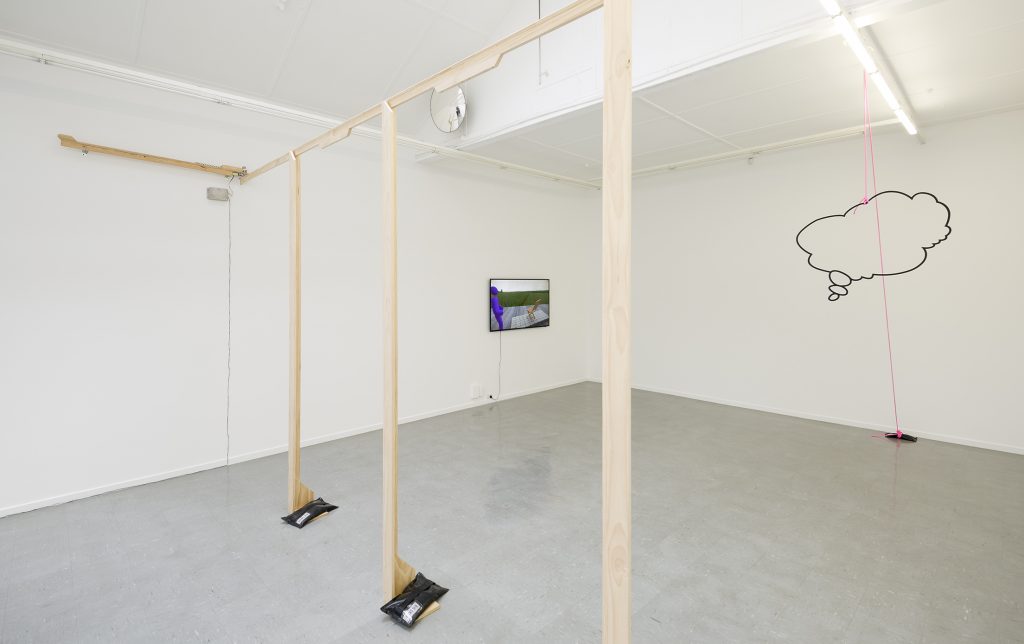 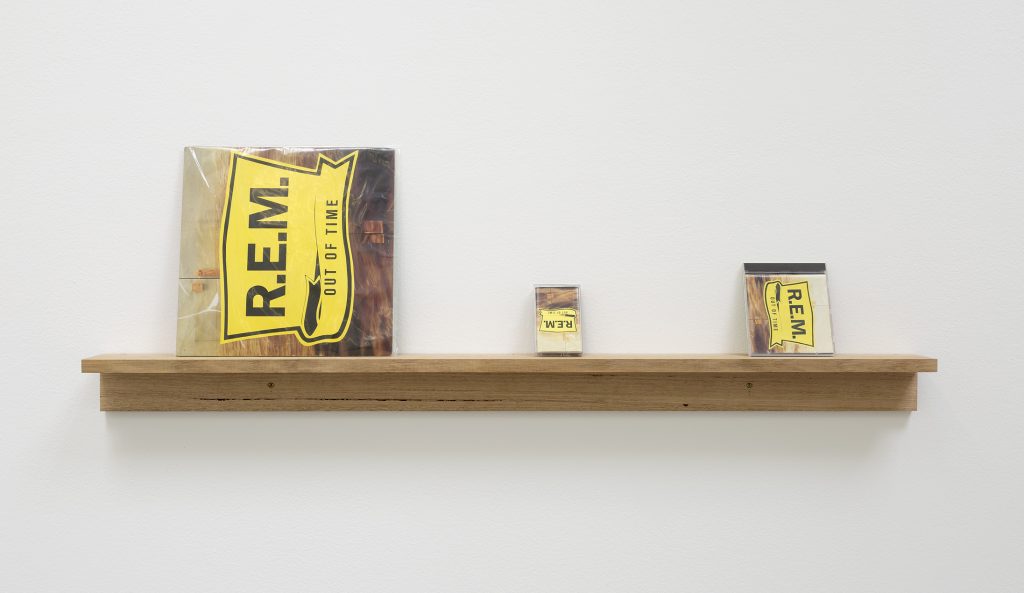 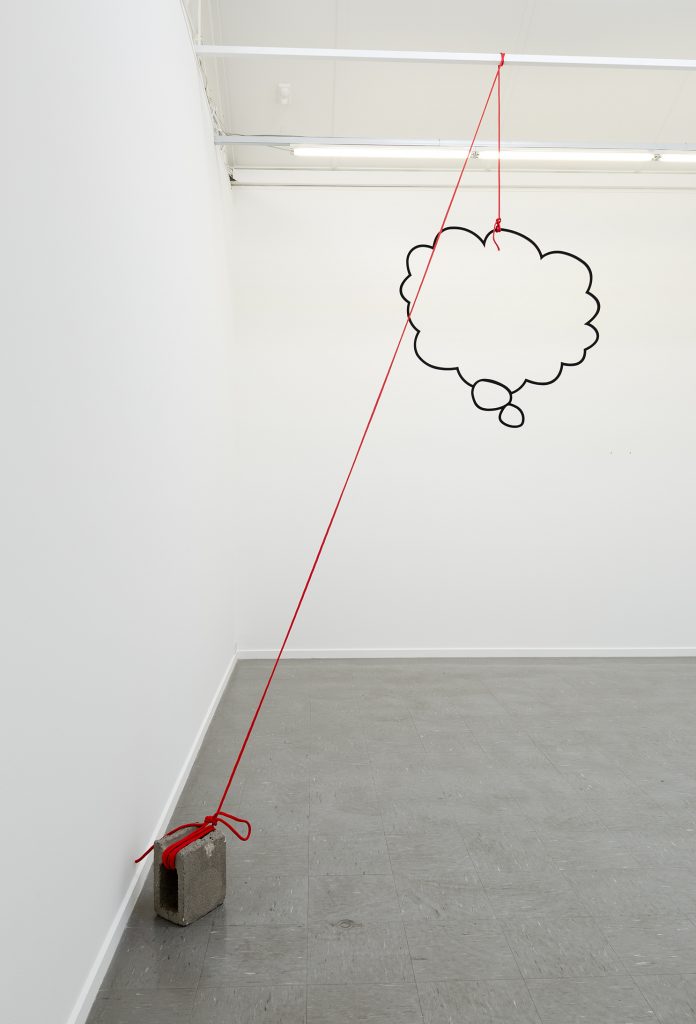 Jane is counting the seconds juggling anger at the situation with the sense that rage could pre-empt the revolution…a revolution obvious, but despite this still unseen