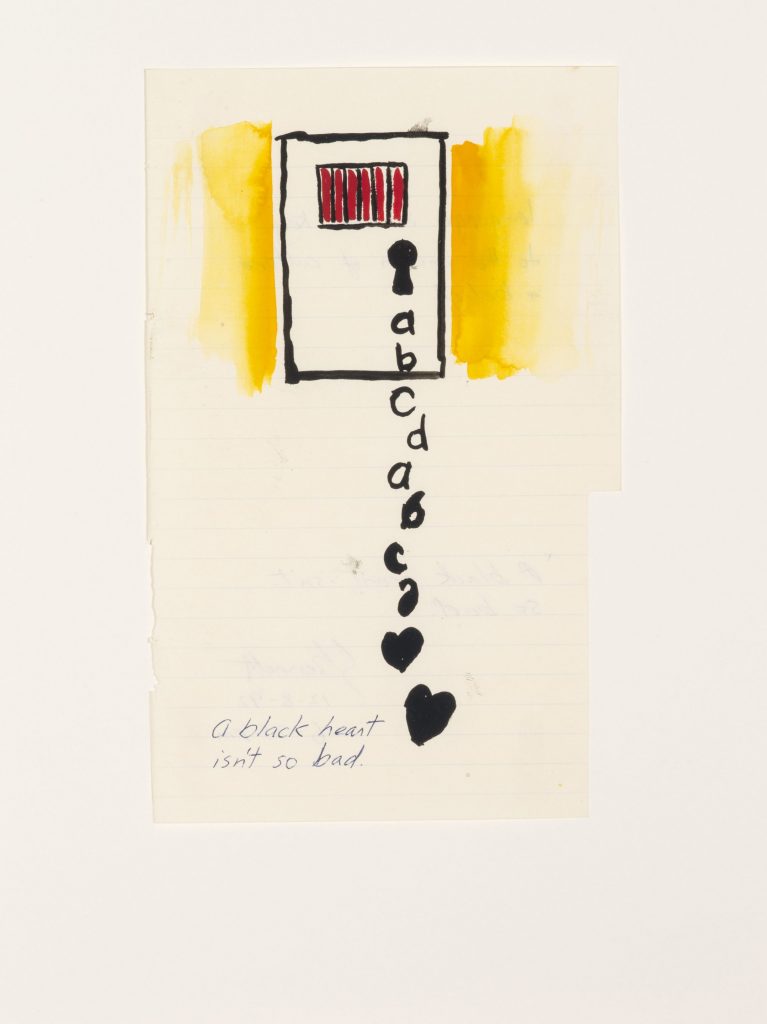 These watercolour, gouache, ink, and ballpoint pen works were rendered on the pages of a ruled and indexed notebook, a utilitarian context for the potent critiques of Australian culture that puncture the surface of each page. This series was originally created in 1992 but not exhibited until the 8th Berlin Biennale in 2014. In them we find key sources of influence for Bennett, such as a news broadcasts, conversations with the general public and other artists such as Margaret Preston, the importance of text and lists, and the development of archetypal characters such as “Mr Average White Guy”. These works confront social issues such as racism and sexism, incorporate pointed critiques of official histories, and infuse the content with a cutting sense of humour and self-awareness.

In his paintings, Bennett often eschewed traces of the artists hand, preferring to use or reflect mechanical processes such as printing or rote paint application. The Notepad Drawings are significant not only for their intimate nature and raw immediacy, but because Bennett’s critiques continue to hold relevance almost thirty years after their production.

Gordon Bennett is internationally acclaimed as one of Australia’s most significant and critically engaged contemporary artists. He is recognised for his powerful perspectives on the post-colonial experience, particularly in the Australian context, with much of his work mapping alternative histories and questioning racial categorisations and stereotypes. Bennett regularly adopted the persona ‘John Citizen’ as a means of confronting the rhetoric of identity and the politics of categorisation in Australian art. 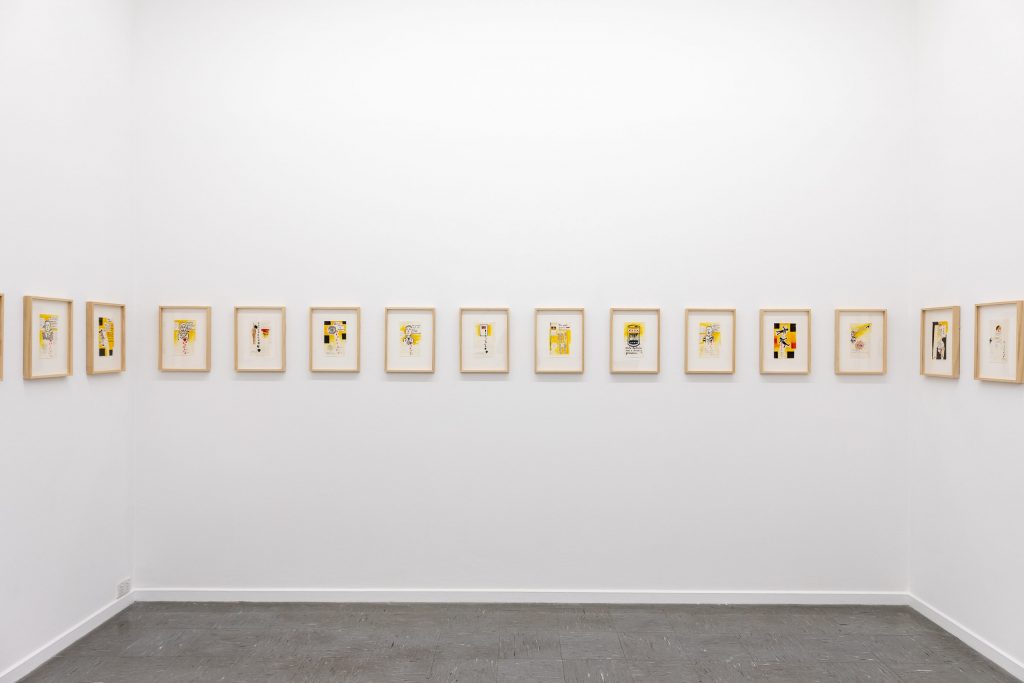 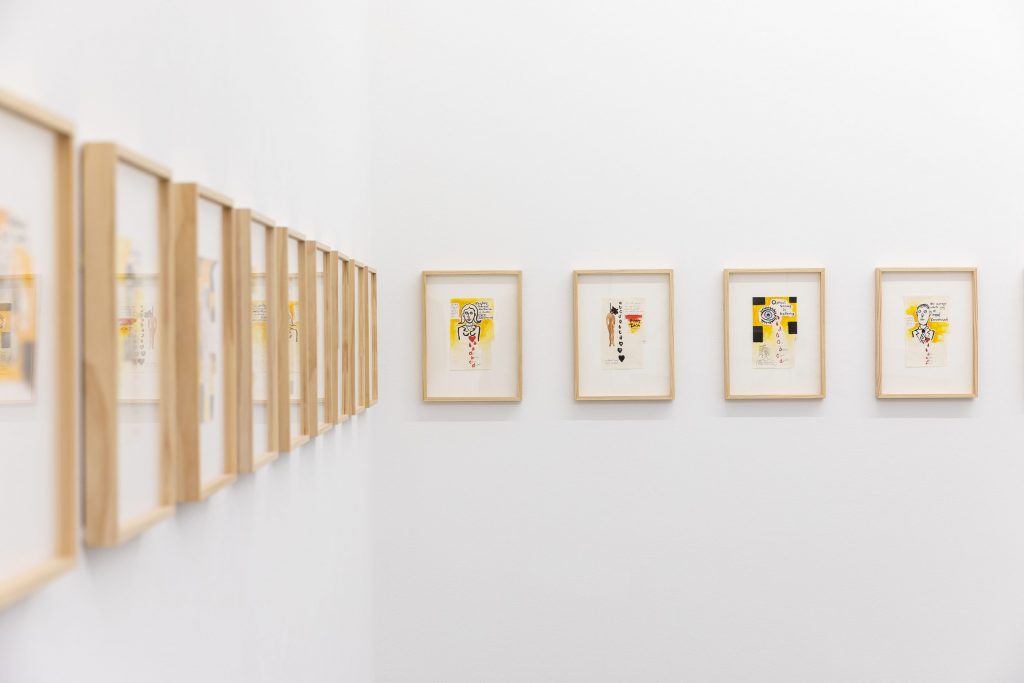 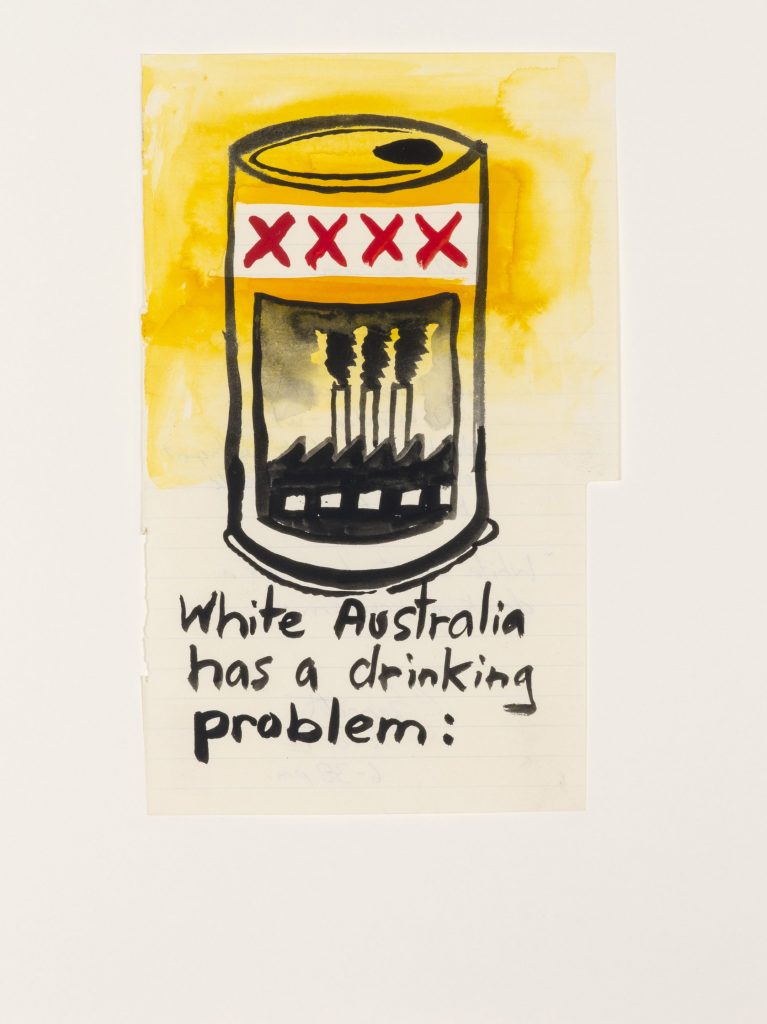