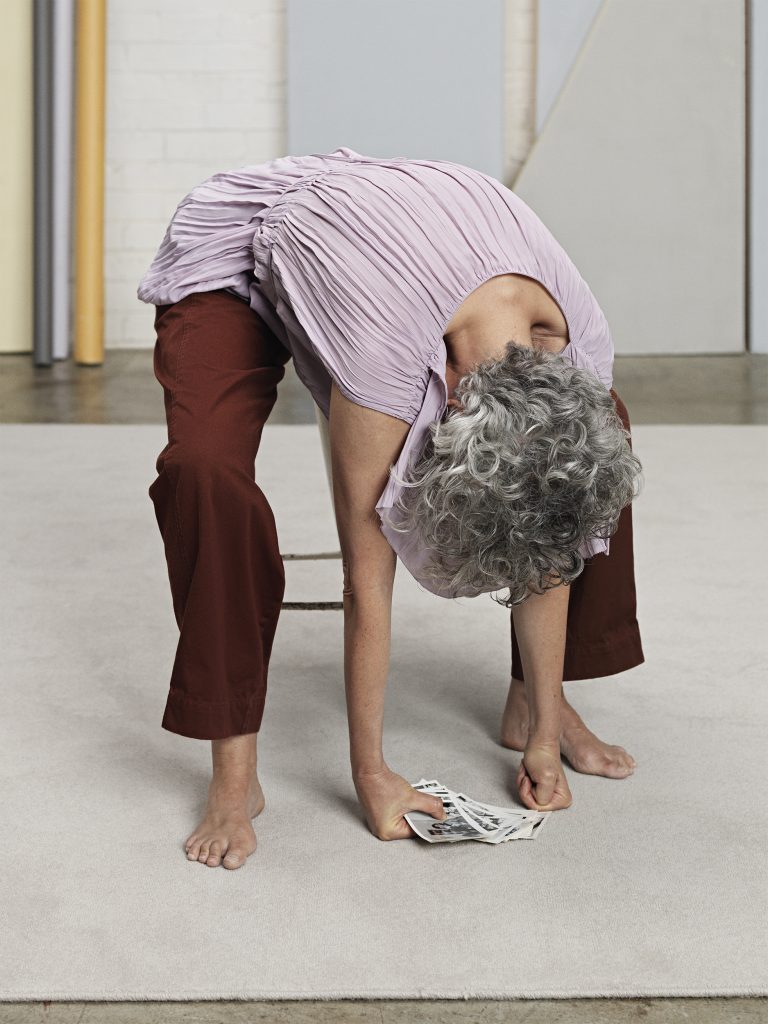 From the series Composite Acts

To produce the work, Rosetzky interviewed his collaborators about their personal relationships and family histories to devise a script that forms the nexus of the piece. The script is subsequently spoken, deconstructed, and integrated with choreographed movement enacted in dialogue with a suite of sculptural objects.

The exhibition also features a new series of colour photographs that draw upon the performative language and material of this collaborative project.

A series of Composite Acts performances with choreography by Jo Lloyd, performed by Shelley Lasica, Arabella Frahn-Starkie and Harrison Ritchie-Jones, accompanied by a suite of sculptural set-pieces by Sean Meilak.

Due to density quotients and social distancing measures, places are strictly limited. Each performance will also be live streamed, details to follow.

Composite Acts is an official exhibition of PHOTO 2021 International Festival of Photography. The project was developed with assistance from the Australian Government through the Australia Council, its arts funding and advisory body. This exhibition is supported by a City of Melbourne Quick Response Arts Grant.

David Rosetzky is a Melbourne based artist and educator with an interdisciplinary and collaborative approach to art making. Often working with practitioners from the fields of theatre, dance, and film – he creates videos, installations and photographic works in which identity is intimately observed.

With an extensive exhibition history both in Australia and overseas, Rosetzky has presented his work in over 30 solo exhibitions and 60 group exhibitions. His Portrait of Cate Blanchett, 2008, was exhibited in The Third ICP Triennial of Photography and Video at the International Centre for Photography in New York. In 2005 he was awarded the Anne Landa Award for the Moving Image. Rosetzky’s recent projects include Composite Acts, 2019 – 2021, originally commissioned by Channels International Biennial of Video Art, and Being Ourselves, 2020,  at Monash Gallery of Art, Melbourne, commissioned as part of Portrait of Monash: the ties that bind. In 2014 the Centre for Contemporary Photography curated the survey exhibition True Self: David Rosetzky Selected works, which toured nationally.