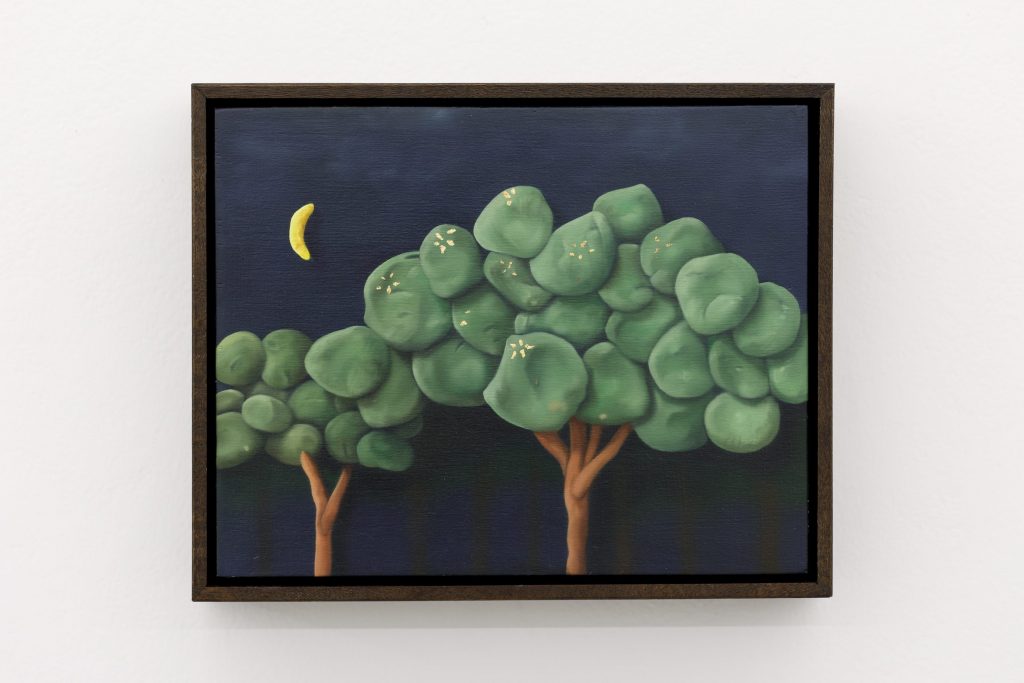 Amanda Marburg’s exhibition After The Hunt, is inspired by the last painting made by Italian early renaissance artist Paulo di Dono, or Uccello, as he is more commonly known. In the fifteenth century, Uccello, developed the use of vanishing points as a means of articulating space and form on flat surfaces, and as such was considered a master of perspective and landscapes. Furthermore, he was known for his love of painting animals, hence his nickname, Uccello – little bird in Italian. In his 1470 artwork, The Hunt in the Forest, each of these passions are demonstrated with equal intensity.

Marburg first experienced The Hunt…  in 2019, on a visit to the Ashmolean Museum in Oxford, and was instantly mesmerised. As the title suggests, the panorama depicts an evening stag hunt taking place in a heavily wooded forest. A distinct central vanishing point draws the viewers eye through layers of trees in search of a distant horizon. Peppered throughout this funnelled landscape, are dogs and deer running and leaping at full speed. Following closely on foot or horseback, are men in regalia giving chase with spears poised for attack. Strangely, the hunt is taking place at night and the contrasting tones between the dark woods and brightly lit figures, lends the work a dramatic air. The effects of the lighting and perspective, imbues the painting with a sense of theatre and anticipation for the chaotic ceremonial event taking place deep in a forest.

In exploring her fascination with Uccello’s The Hunt…, Marburg has incorporated all its singular elements, the odd figures, awkward vegetation, unique perspective, and vibrant, contrasting colours, in her unique methodology. She has visually dissected the original and selected scenes that she re-creates as plasticine models, documents and then reproduced in oil paint. The resulting body of work is a genuine celebration of the quirkiness of Uccello’s viewpoint, an ode to painting, perspective, and animals. 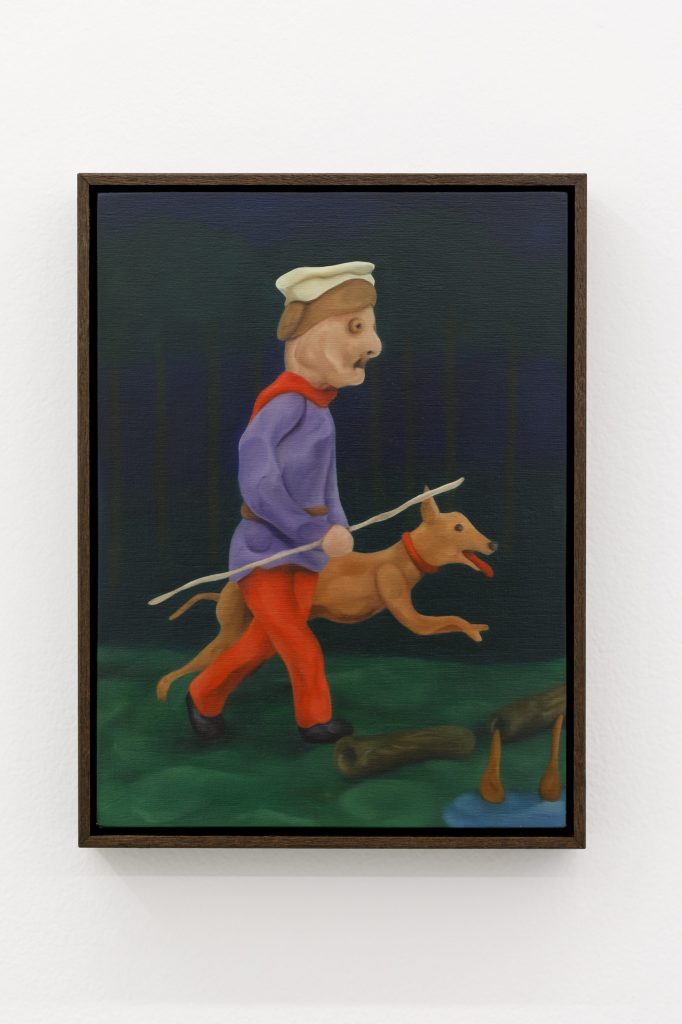 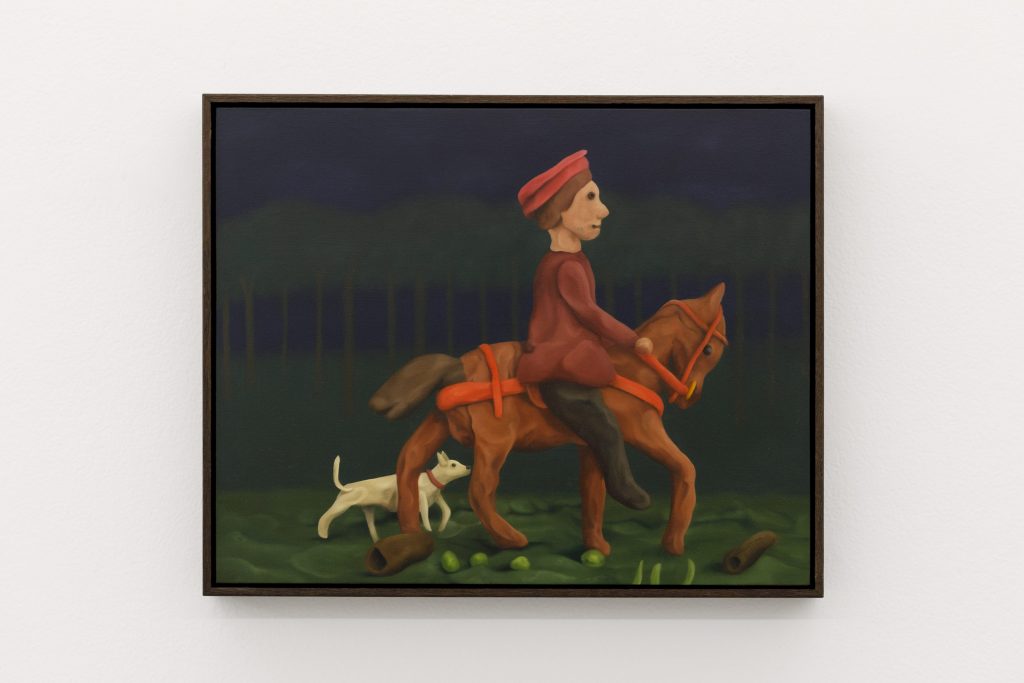 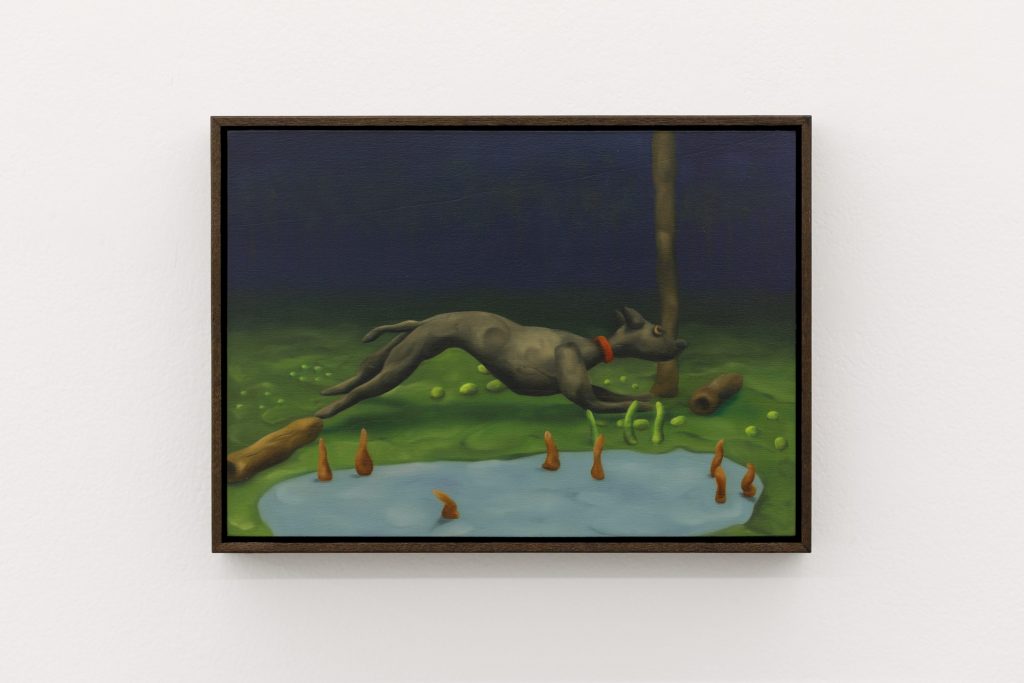 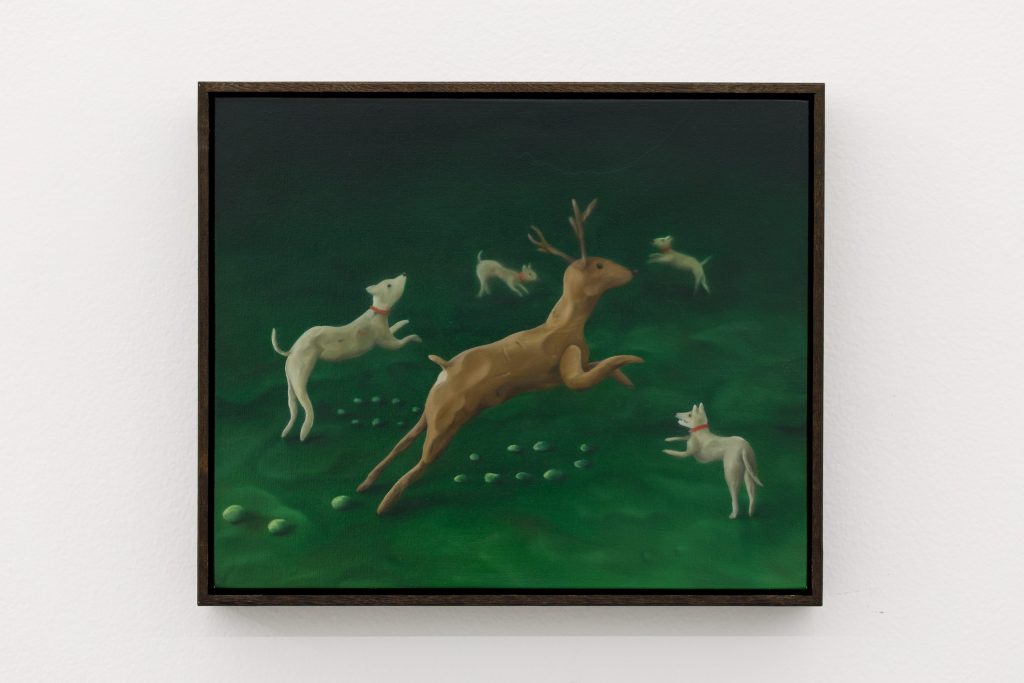 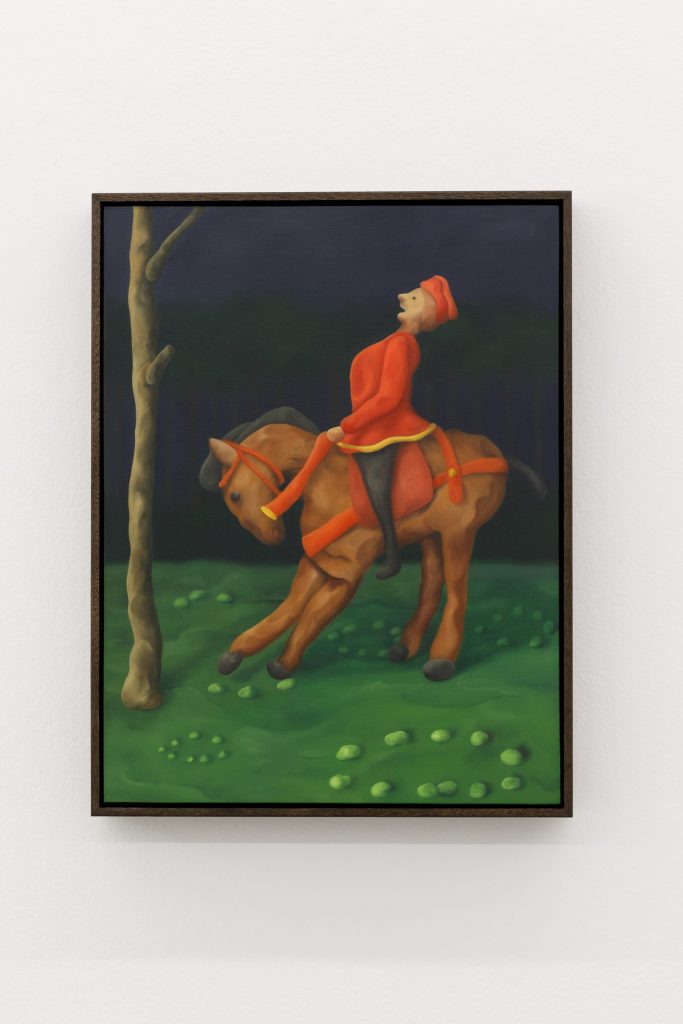 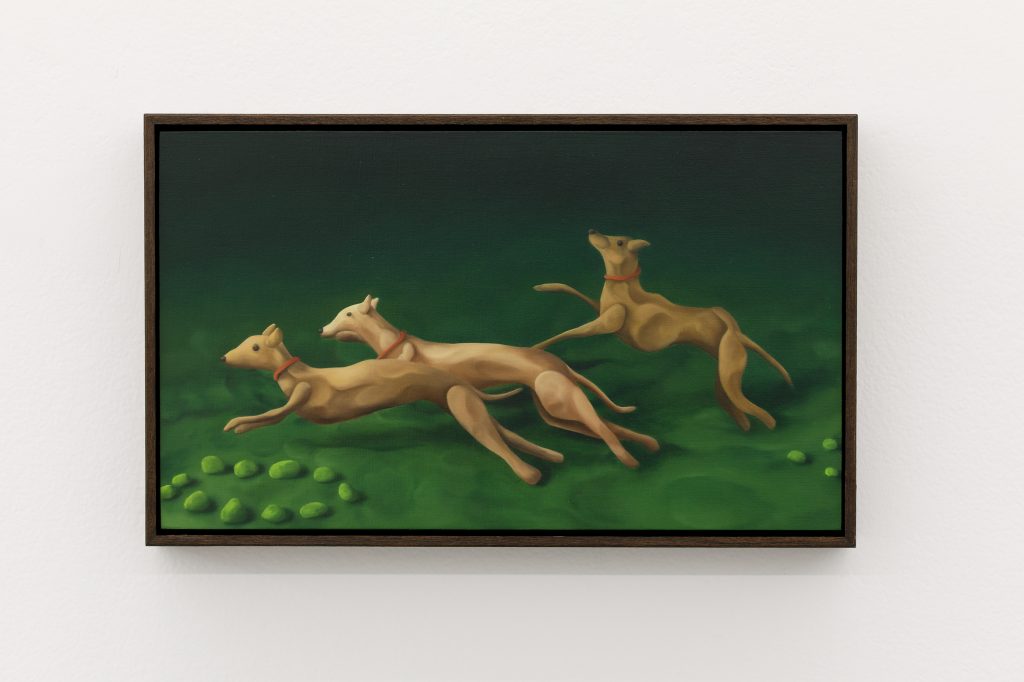 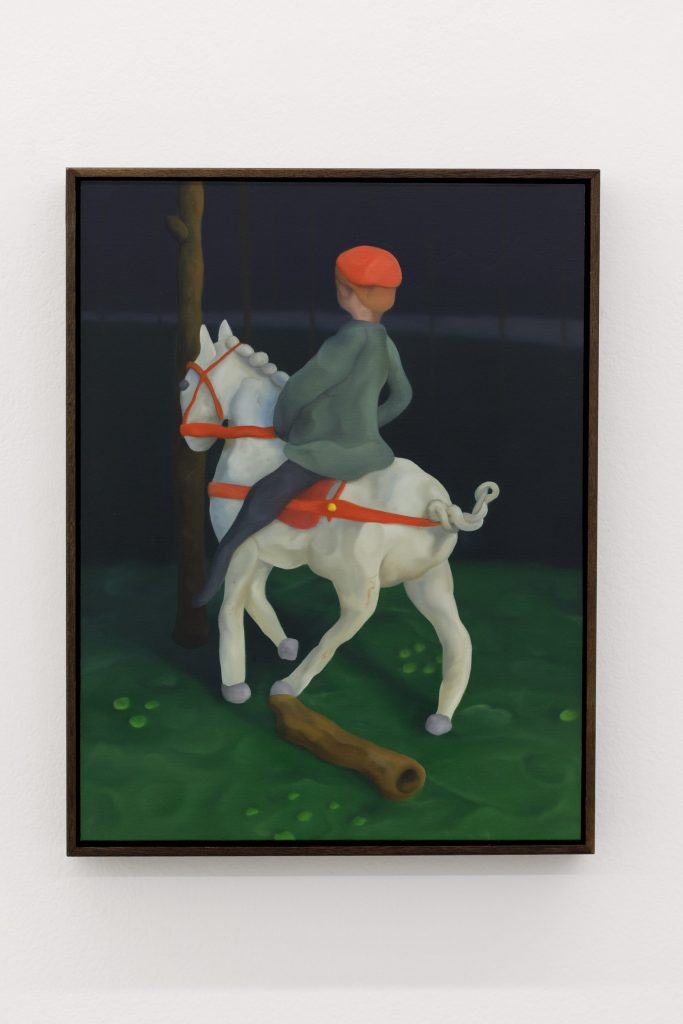