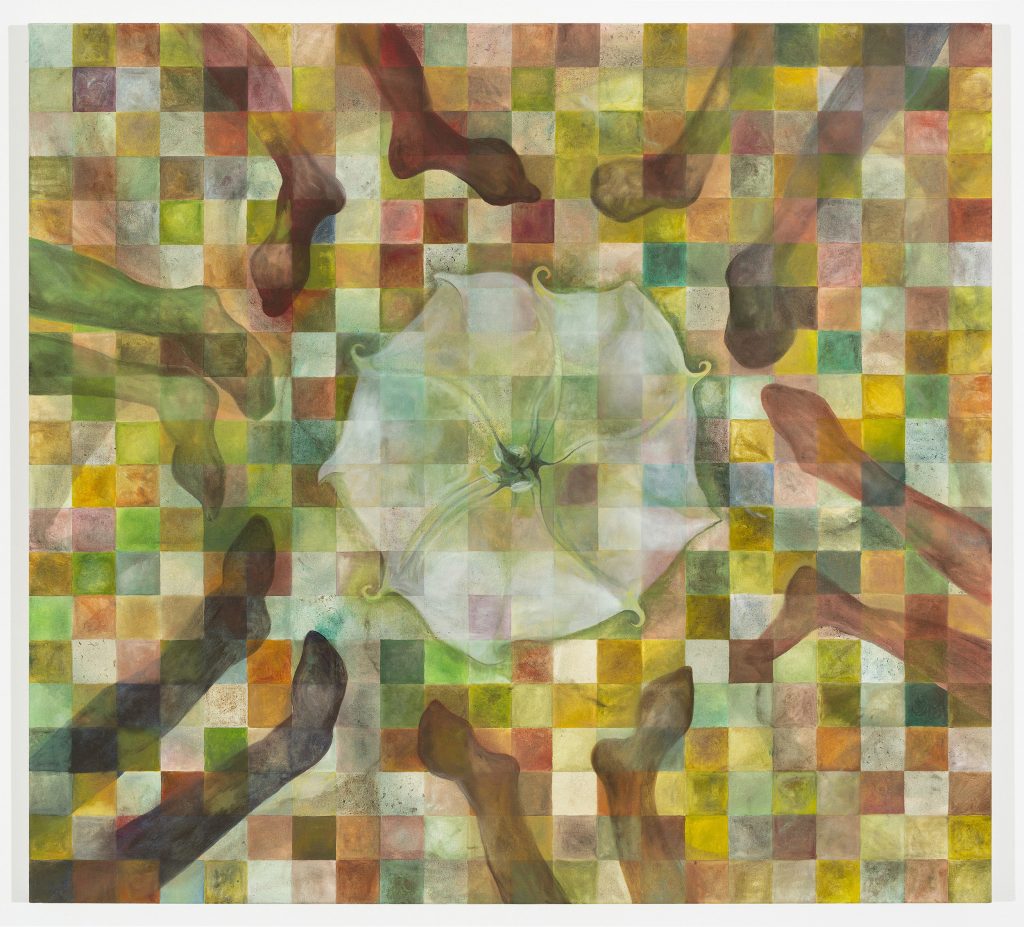 Central to David’s work is a commitment to a practice of painting. Conceptual approaches to handling colour and tensions between figure and ground, are problems regularly tended to by the artist. The paintings presented in this exhibition comprise a figurative cast of cardinals, saints, praying bodies, flowers, and tears. These figures flicker between grounds of amorphous colour and geometric grids.

For Crying Room, David has produced a video made up of a series of scripted dialogues performed by non-actors in suburban Australian churches. These tableaus are interspersed with handy-cam footage of details from Italian paintings and frescos significant to the Early Renaissance. The video is set in a science-fictional future in which angels inhabit the flowers of a dying planet. The title of the video and exhibition, Crying Room, refers to an architectural feature of some modern churches, a segregated viewing chamber that quarantines leaky parishioners whilst allowing remote participation in Church ritual.

David was raised in a Charismatic Catholic Community in Perth. As an indoctrinated child he practiced resting in the spirit, speaking in tongues and the gift of prophetic visions. These esoteric religious practices inform the work presented in Crying Room, which take a damningly critical view of the coercive and abusive power of the Church, entangled with a fond indebtedness to its mystic aesthetic traditions.

David acknowledges the sovereignty of the Wurundjeri people of the Kulin Nations on whose land this exhibition takes place. He pays his respect to their Elders past, present and emerging. As an artist, David benefits greatly from the rich histories and ongoing practices of picture making and storytelling of Indigenous peoples from across this country. 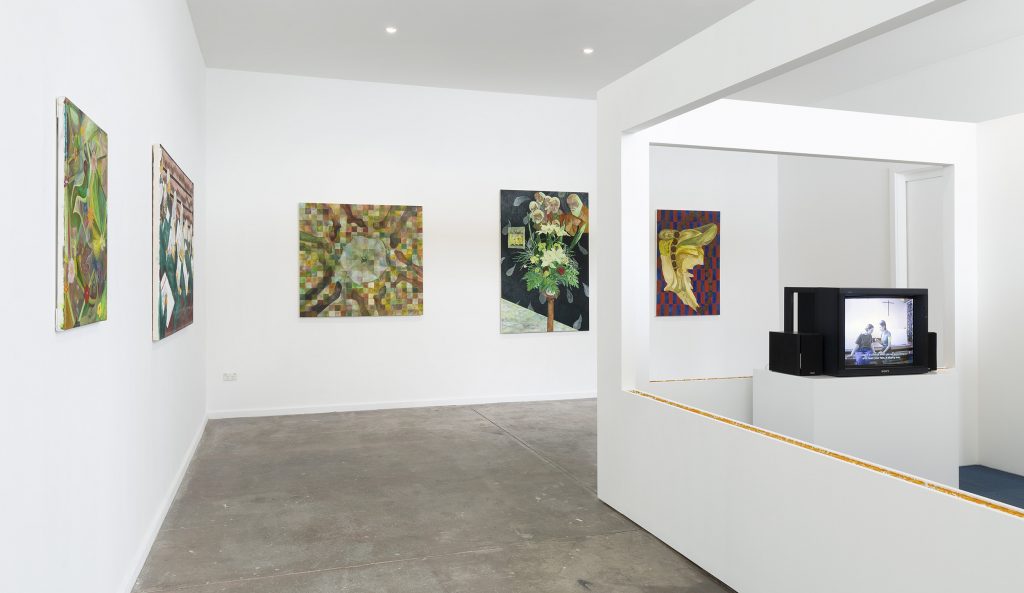 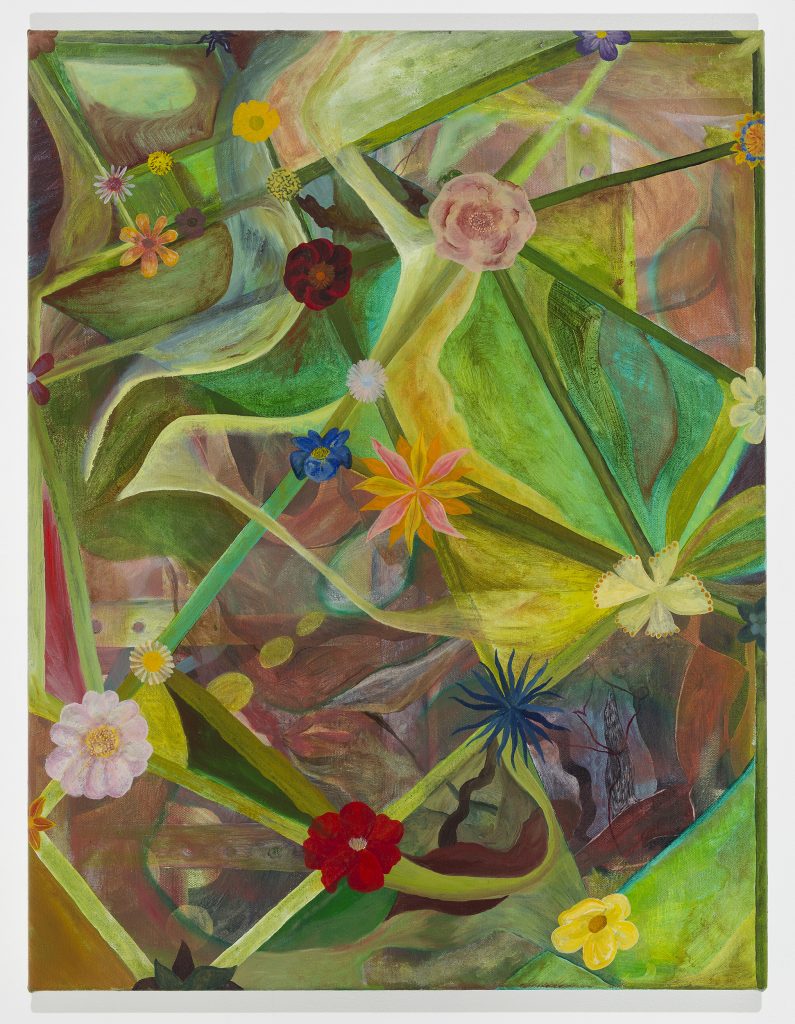 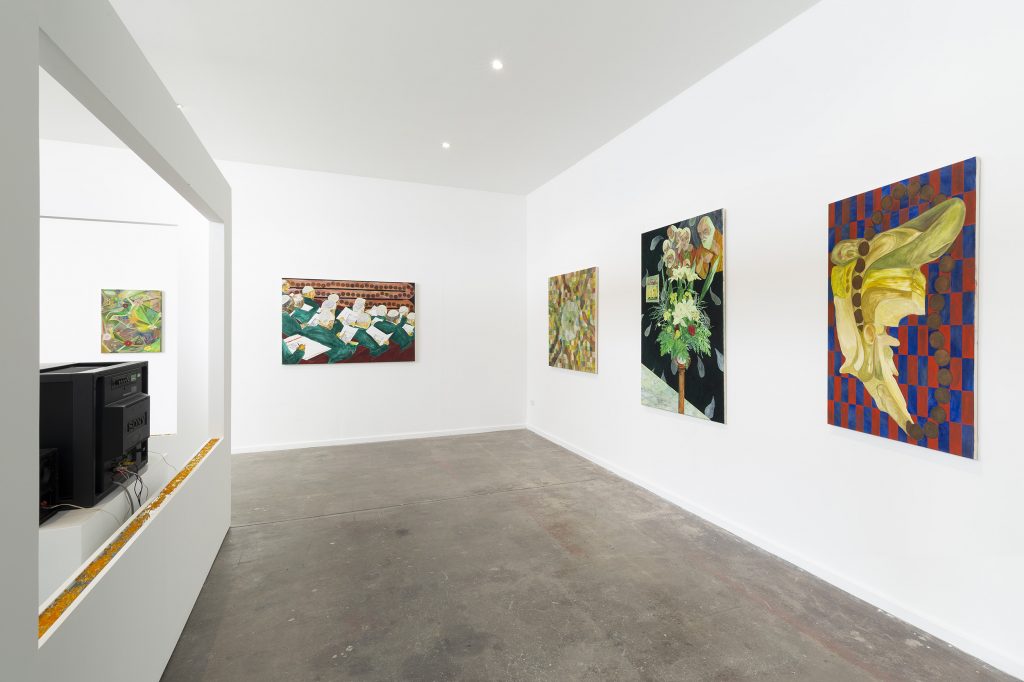 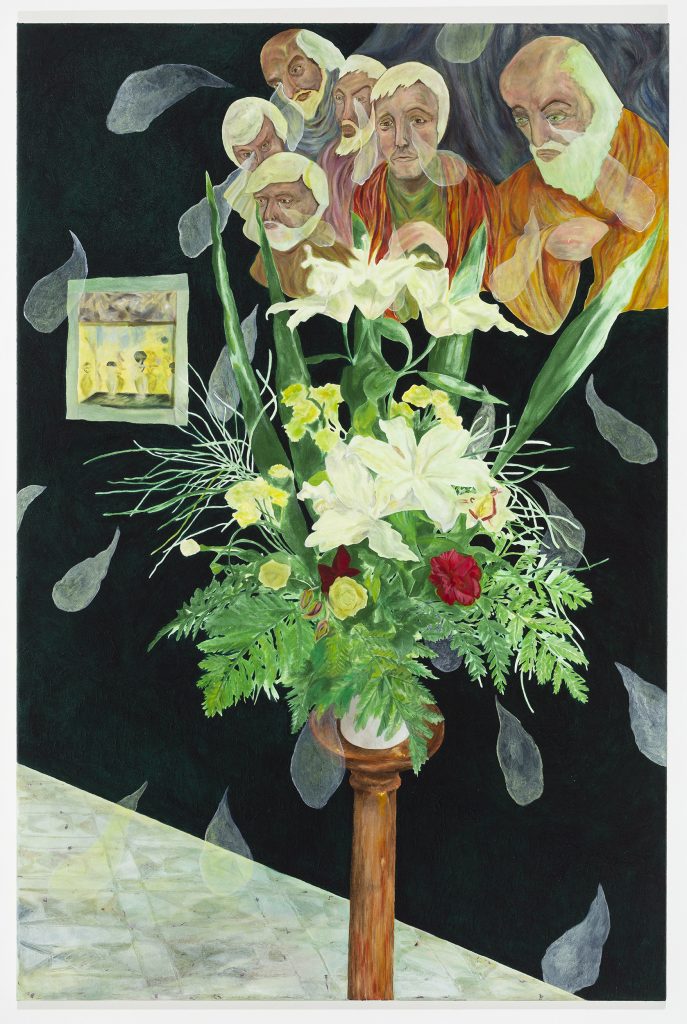 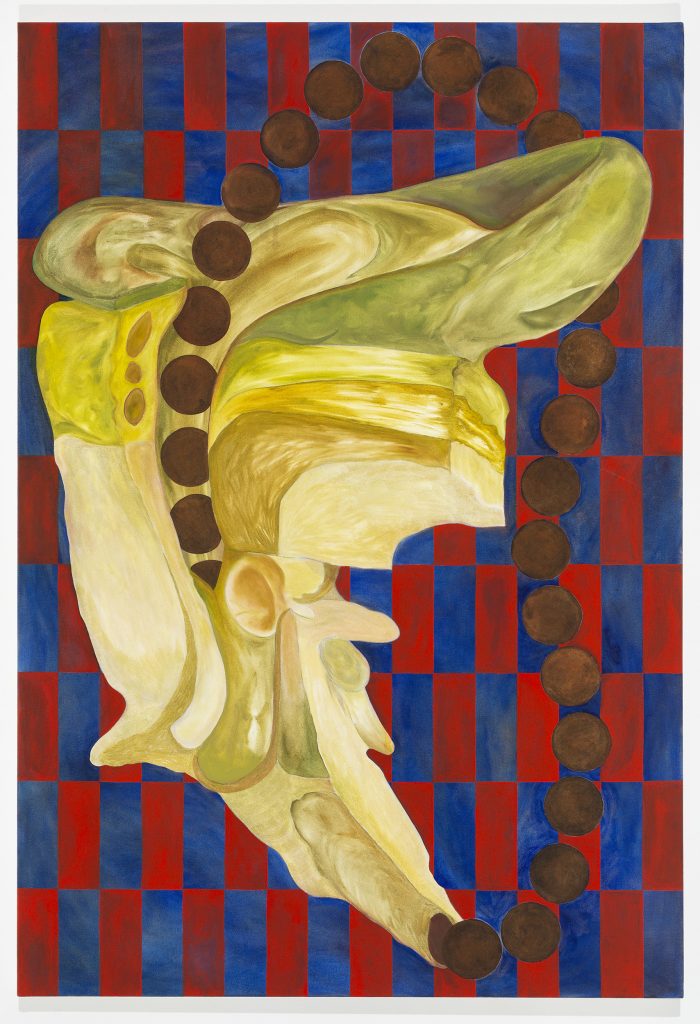 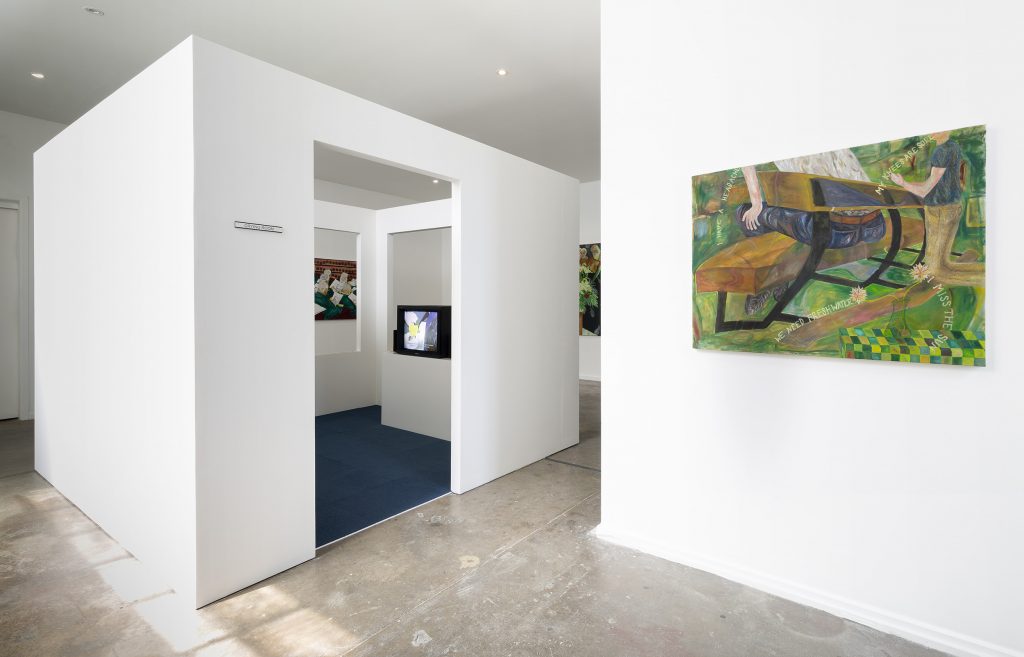 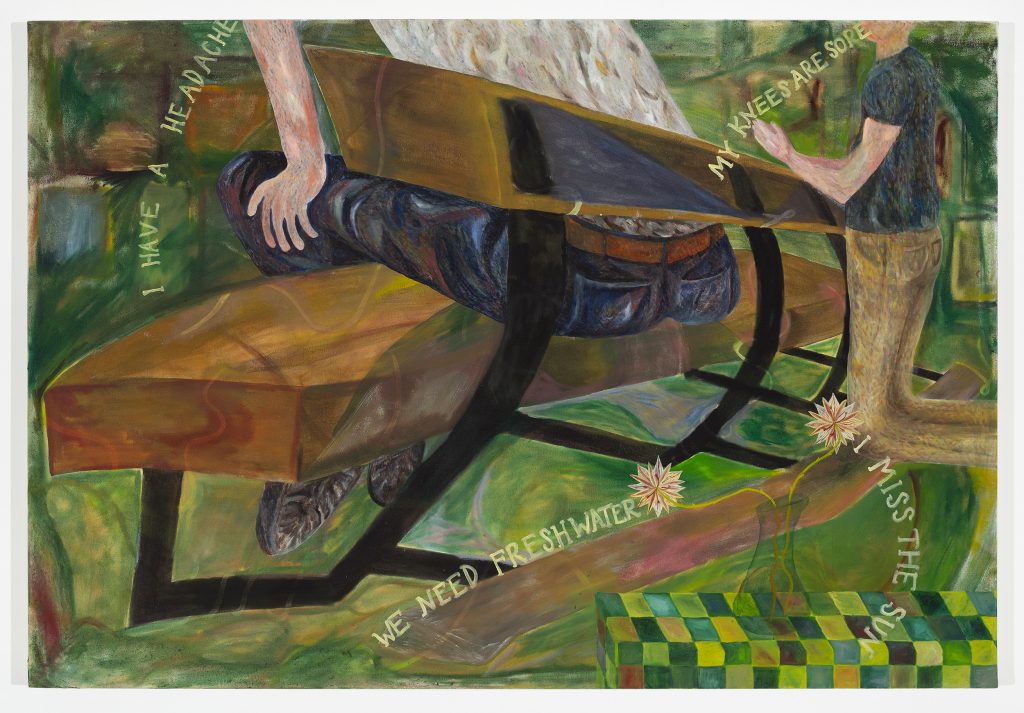 Now I’ve written this whole damn thing, for Christ’s sake give me a drink 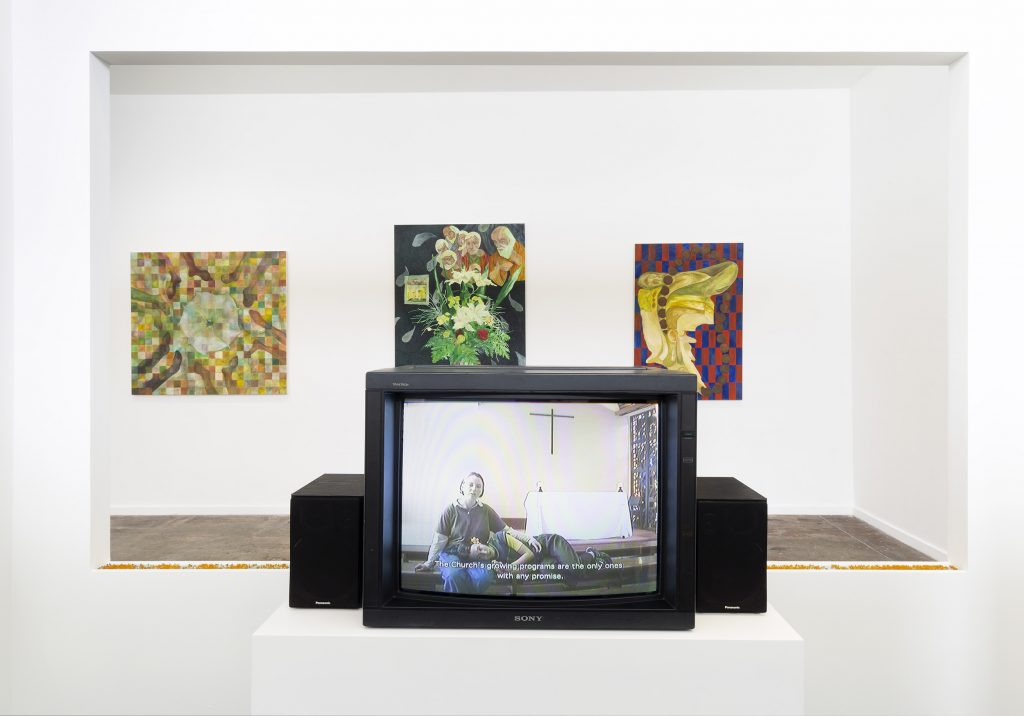 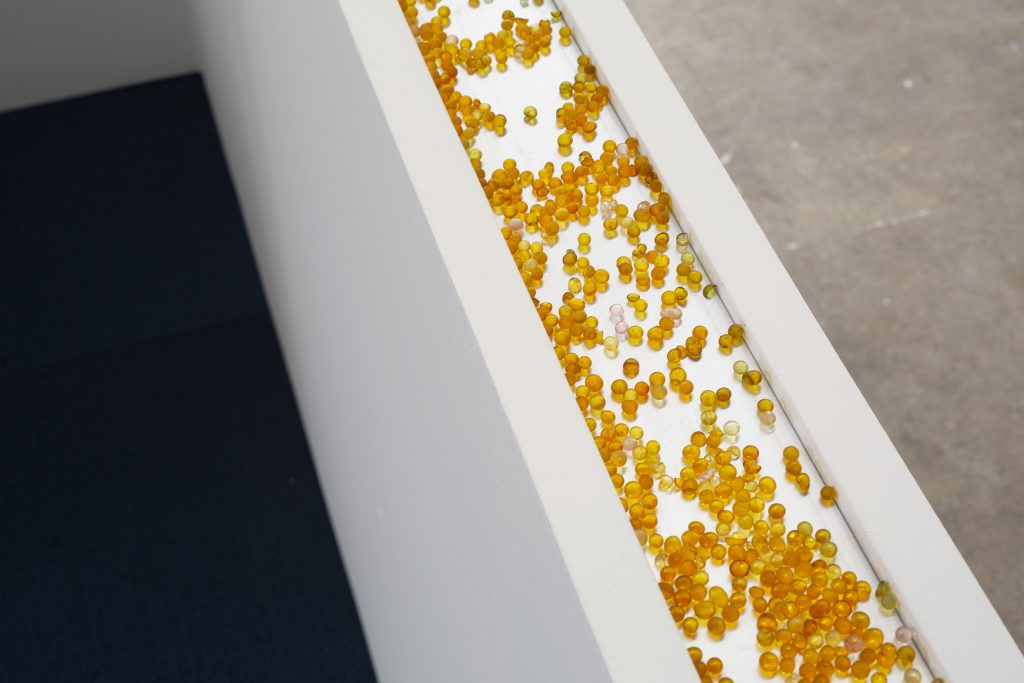 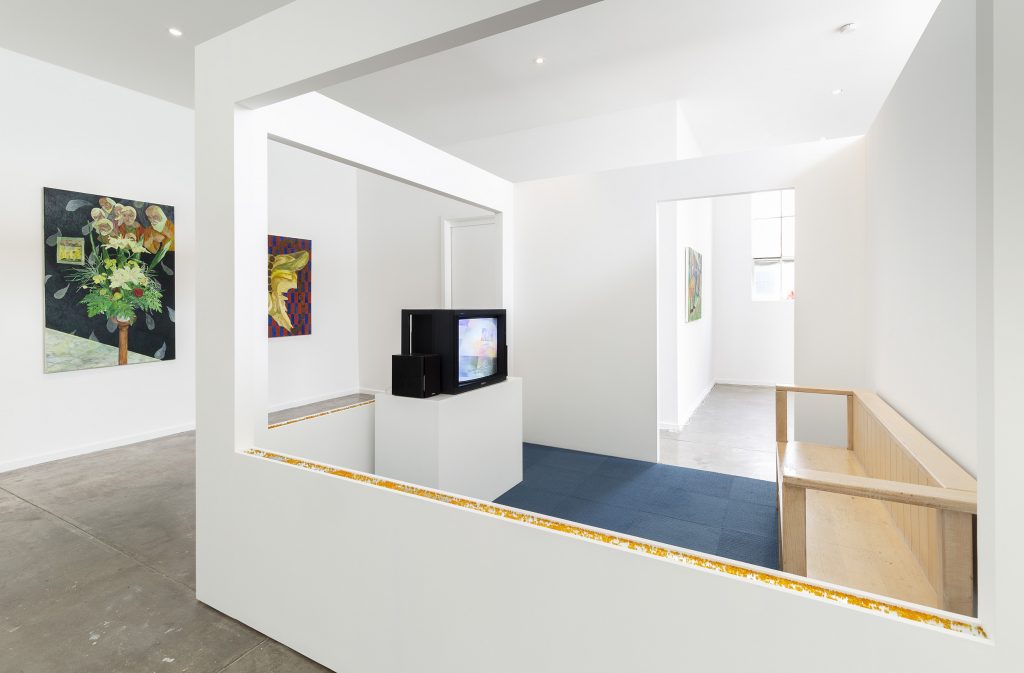