The sudden death of Gordon Bennett, one of Australia’s great painters, on 3 June (2014), was difficult to fathom for many who admire his work. His paintings, so alive and vital, spoke across generations and across this country’s colonial divide. Bennett was the artist who showed us how postcolonial art could be made in Australia.

Gordon Bennett was scheduled to exhibit a series of bold new paintings at Sutton Gallery in the later months of 2014. With his unexpected passing, the exhibition did not go ahead. Now, with his wife Leanne Bennett and daughter Caitlin, Sutton Gallery has the honour of presenting his final body of work.

These abstract paintings are appropriations of Margaret Preston’s small gouache works of her 1925 / 1927 period. Margaret Preston sourced imagery directly from Aboriginal shield designs of the Central Australia and Northern Queensland Indigenous communities. Diminishing these motifs in both scale and symbolism, Preston’s appropriations were known to appear on mass produced coffee cups and tea towels.

The Home Décor (after Margaret Preston), 2010, series were developed from Bennett’s 2009 works on paper, a medium which requires framing under glass and imbues a sense of what is precious, to be protected for view by future generations; a stark contrast to the kitsch throw-away domestic products which bore these motifs in the early twentieth century. For this series, in place of the fine deckled paper, Bennett’s paintings on Belgium linen, salute these symbols of cultural significance via their dramatic scale which dwarfs the viewer, surrounded by bold contrasting blacks, blues, reds and earthy tones; These shields are here enabled to command attention and respect.

Bennett’s most recent paintings cleverly reference contents from his earlier works and hence earlier appropriations and representations. In previous Home Décor series, such as Home Décor (Preston + de Stijl = Citizen), Bennett’s appropriations were focused on Preston’s “abstracted” indigenous figures which echoed an extreme and obscene ‘grotesque’ stereotype prevalent in the early twentieth century. Here, it is not the motifs about the Indigenous community which Bennett has borrowed from Preston’s works, but rather the motifs belonging to them. Gordon Bennett’s audience is once again invited to negotiate the interconnectedness for which his oeuvre is celebrated. 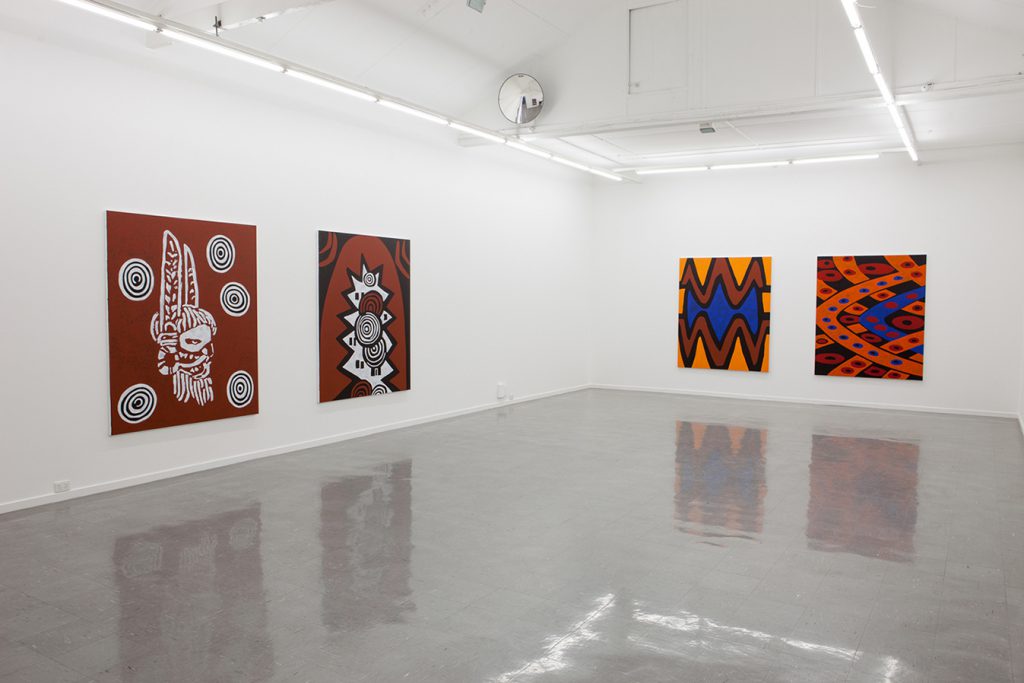 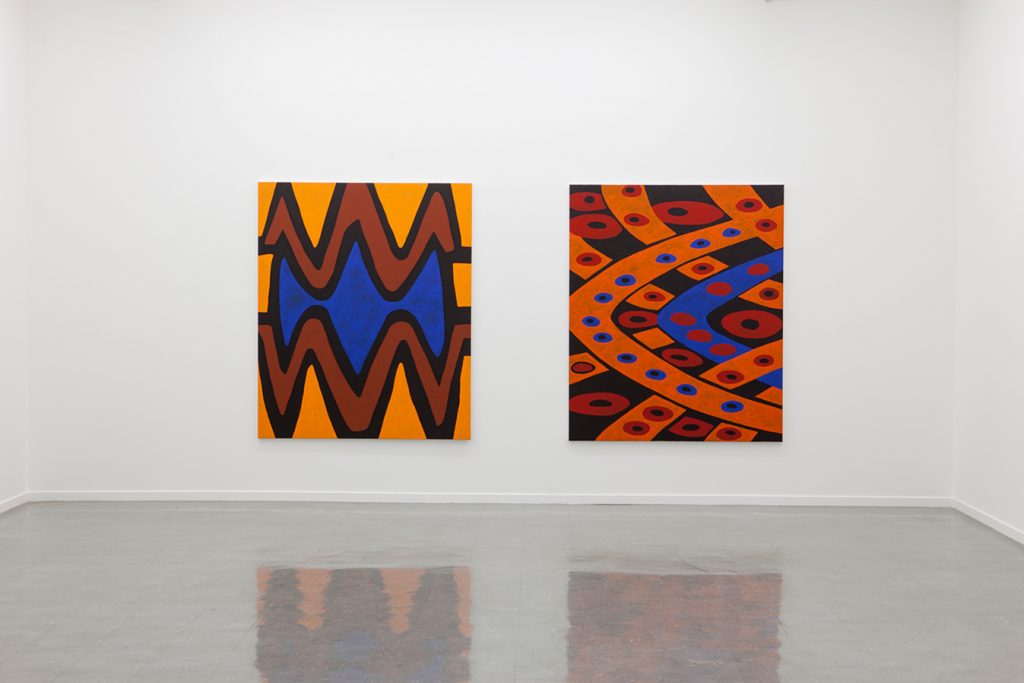 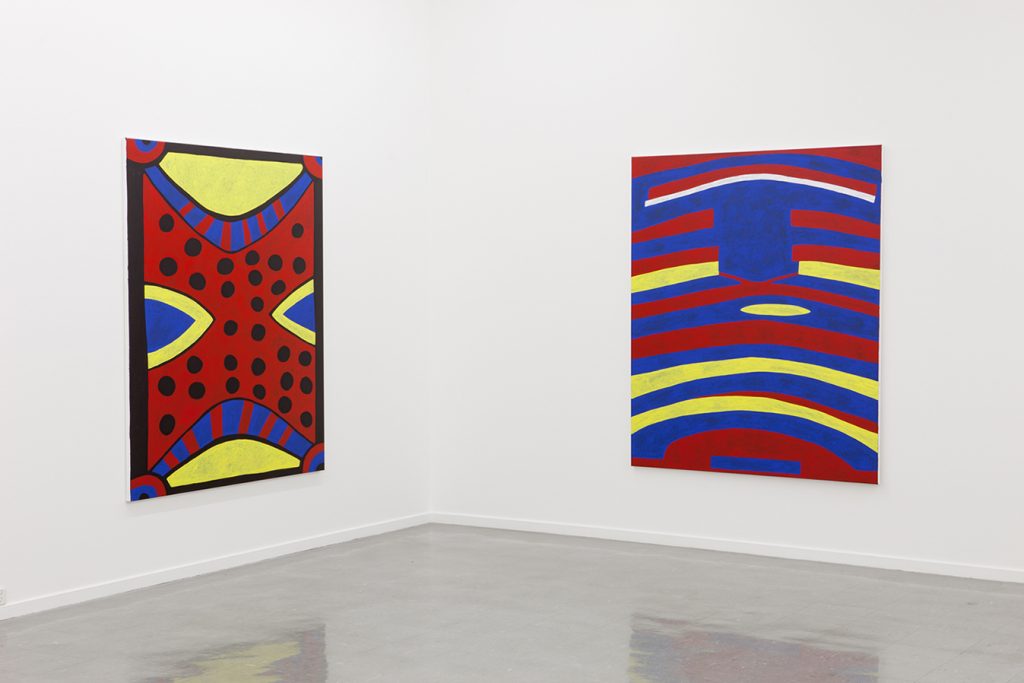 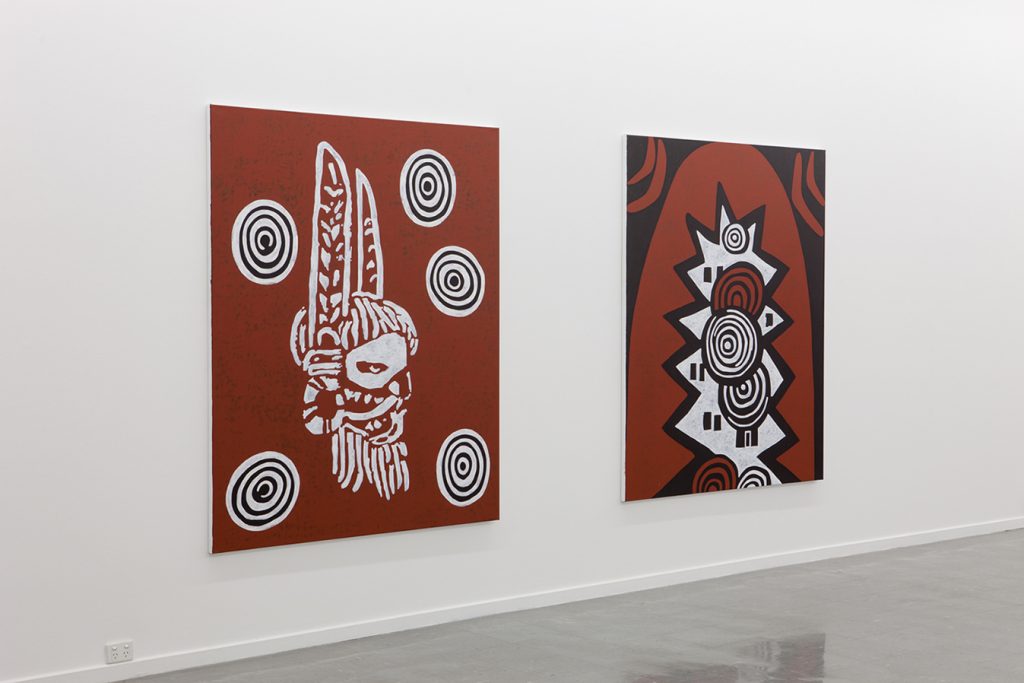