Brett Colquhoun’s paintings explore the phenomena of absence, presence and memory as captured in moments of time. While these paintings are representational, their fragmented planes and minimal rendering tend toward the abstract. Previously, Colquhoun has painted static reflections of transient impressions – thumbprints, lightning, tree rings, burning matches and film reels, making visible the remnants of an action or exposure. In his Breath series, Colquhoun created psychological spaces in which vague orbs appear to obscure – or perhaps erase – vistas of serene landscapes.

Invested with trepidation and apprehension, the paintings in Colquhoun’s new exhibition Impending, emerge as a setting for imminent activity. Each artwork in this series features a dense ground intercepted with fine lines, suggesting either trip wires suspended over thick vegetation or ropes draping a theatre stage. These threads function as a metaphorical visual device to activate the image and conceptually ensnare the viewer within the artwork. It is the combination of symbolic meaning with a lightness of touch evident in these works, which encourages contemplation and makes Colquhoun’s paintings exude a strange and elegant mystery. 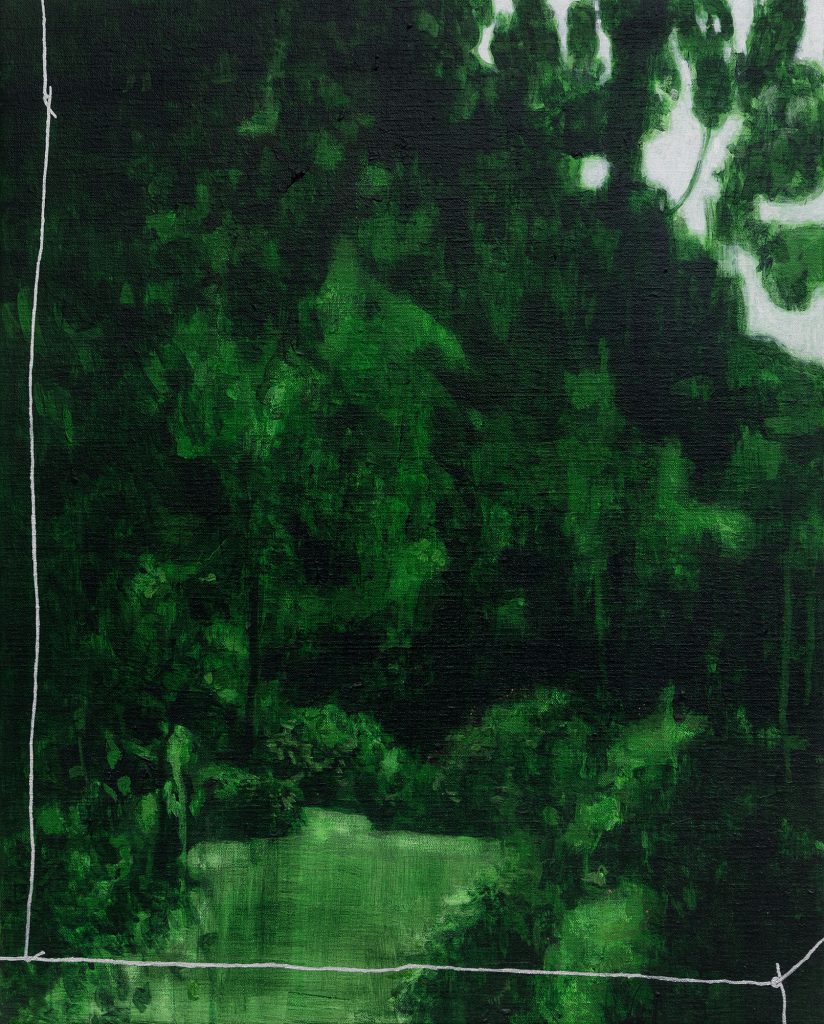 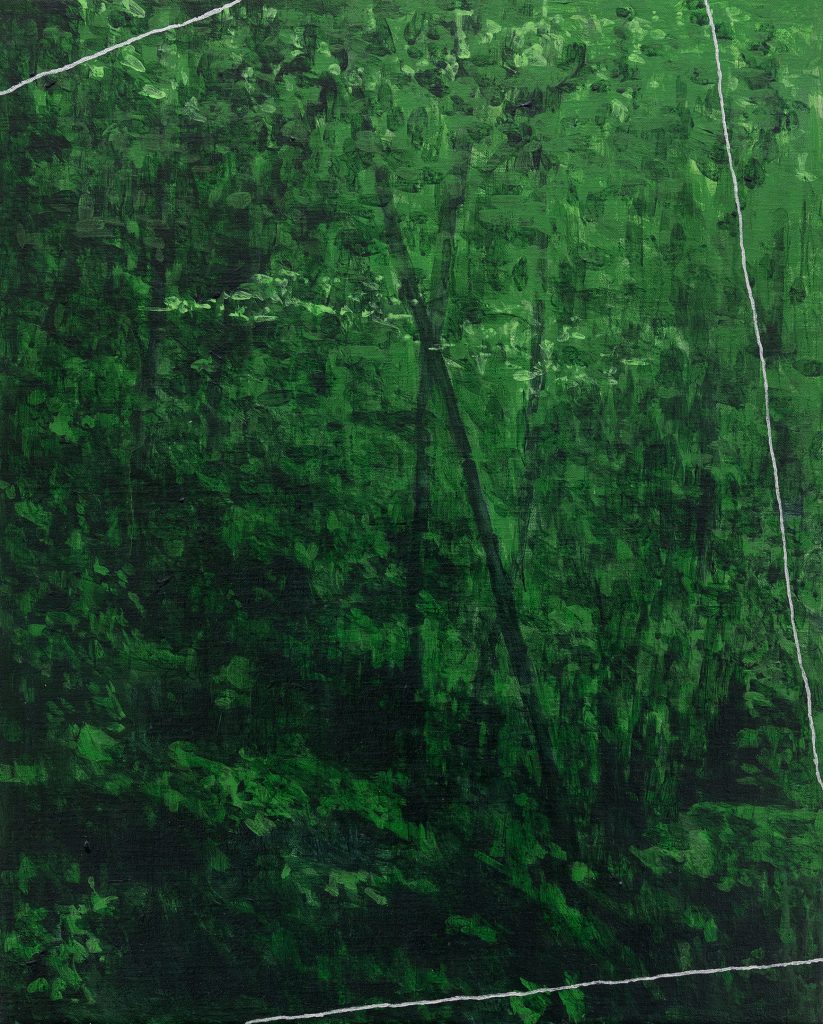 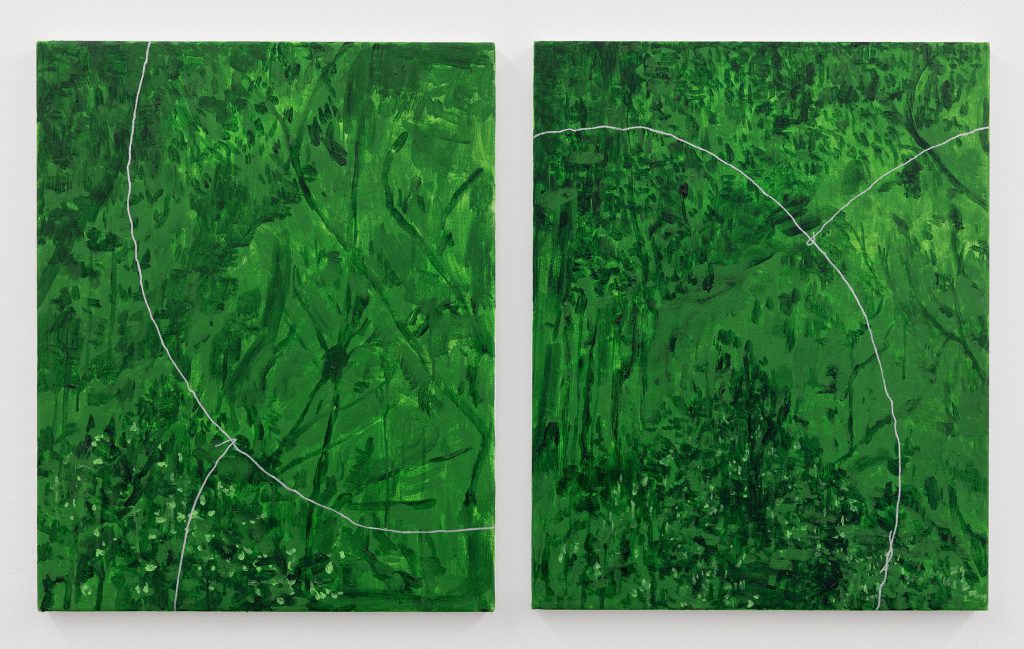