I have been reflecting for some time on what it is to have a creative journey. Is there for example a measurable point where form is overtaken by concept or vice-versa in an artist’s development? There appears to be in much contemporary art many well-defined propositions, all properly argued and theorised to serve as starting points. Perhaps this is why as younger artists we punch way above our weight when seeking to materialise the sometimes complex ideas that drive work. In essence it seems to me that if the idea is ‘big’ the artist seems willing, if not always entirely able, to expand upon its premise through a chosen physical manifestation whilst referring back to the concept itself. Deploying particular narrative constructs, subject matter or experimenting with the form of the work does this. There is a pre-conceptualised reflection at play. But what if the idea itself is not fully formed? What if the idea is not in fact an idea but an evolving enquiry – in fact lets not even call it that, let’s just say it is a curiosity that grows out of an unexpected personal history, or an obsession with place, or an untimely connection with cultural roots for example. What then if the driver for the work is in fact not some big idea, but a continuum of informed preoccupations? And then what if a persistent preoccupation becomes so deeply embedded in the making of the work that gradually the work itself becomes ‘big’ – starts to slowly take on the attributes of a personal language?

Every day I make my way presents the work of four photographically based artists at various stages of their creative journey. Michelle Tran is the youngest artist here. She is still a student at the Victorian College of the Arts and is the daughter of Vietnamese refugees. Her work is a clearly conceived narrative that presents as subject a taut Asian-Australian woman (the artist herself) in states of psychological and physical duress. Hers seems to me to be a delicate narrative that revolves around being between places.

Simon Terrill has had a long-standing interest in the urban environment. His majestic, filmic panoramas present a Breughel-like viewpoint replete with frozen painterly interludes. His works are the result of carefully stage-managed public operations that involve many collaborators, local councils, permitissuing authorities and so on. The ‘theatre’ of bringing to fruition these ambitious formal photographs, goes back to his earliest incarnation as a performance artist who co-founded the dadaist art-theatre troupe ‘The Snuff Puppets’, where audiences were folded into the performers’ rituals, regardless of whether the performance was in nightclubs, theatres or on the street.

Paul Knight also has presented, for some time, visions of the urban environment. Whilst his earlier works of deserted sites and nondescript everyday spaces seemed to propose formal spatial problems, they also explored in subtle ways the secret details of a place. Gradually this frank recording has evolved into a practice that presents us with a more overtly turbulent personal space. Knight’s works in this exhibition mark the beginning of a clear-eyed private journey between photographer and invited participants. His works declare an obsessive exploration of sexuality and are above all, a very human spectacle.

Finally to the work of Lindy Lee a celebrated Australian artist boasting thirty years of practice which has included painting, installation and drawing. Lee continues to deploy photographic references in ways that call up ghosts of past associations, of memories, of family, of movement. Her journey from early use of photocopied renaissance portraits in the eighties to her most recent utilisations of family photographs has been a long and patient path from constructed cultural self towards the realisation of a more spiritual self. Although not a photographer, her adherence to the photograph as a kind of talismanic source material has allowed a deceptively simple serendipitous continuity of language – hers is the kind of art where persistent image-making and image-finding bleed into the one harmonious continuum.

The artists in Every day I make my way are not tied by style particularly, although there are certain relationships between Lee and Tran and between Knight and Terrill. Nor is it particularly important that they use photography. Instead for me, an essential unifying feature of these four artists is that they have started with a small somewhat organic starting point and as they go about their daily lives the idea has become or is becoming, ‘big’ through the continual making of the work itself.

Jon Cattapan would like to acknowledge the Faculty of the Victorian College of the Arts, University of Melbourne for its support of his research for this exhibition. 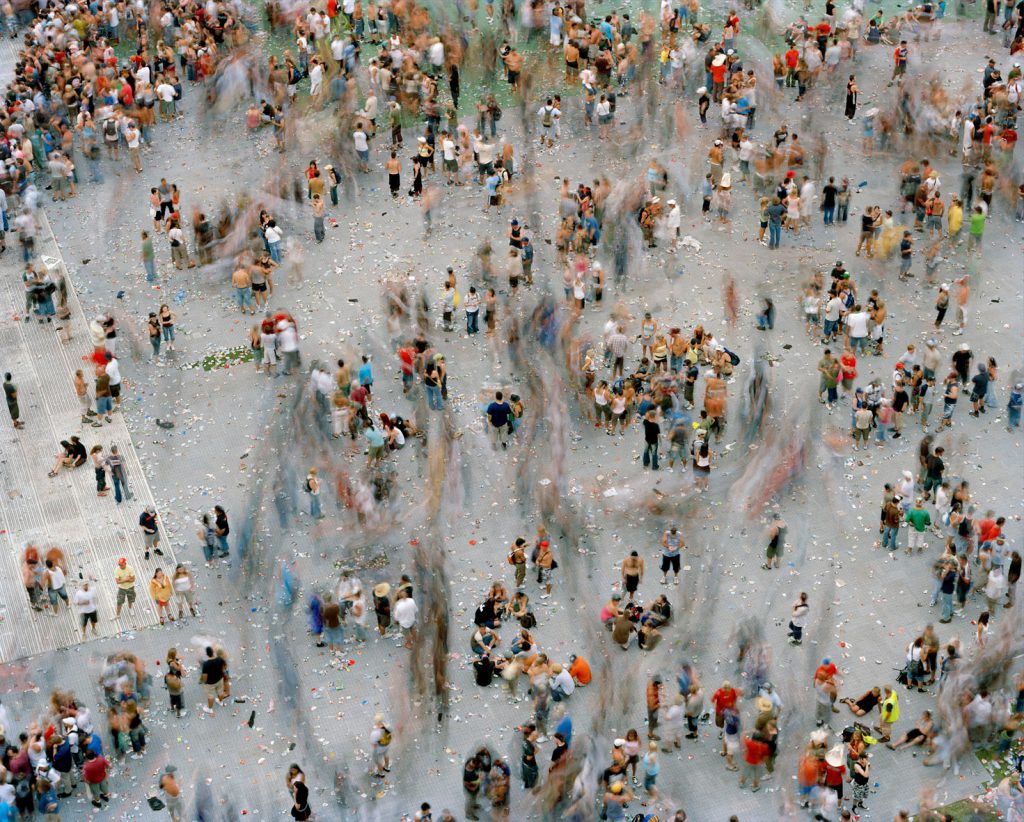