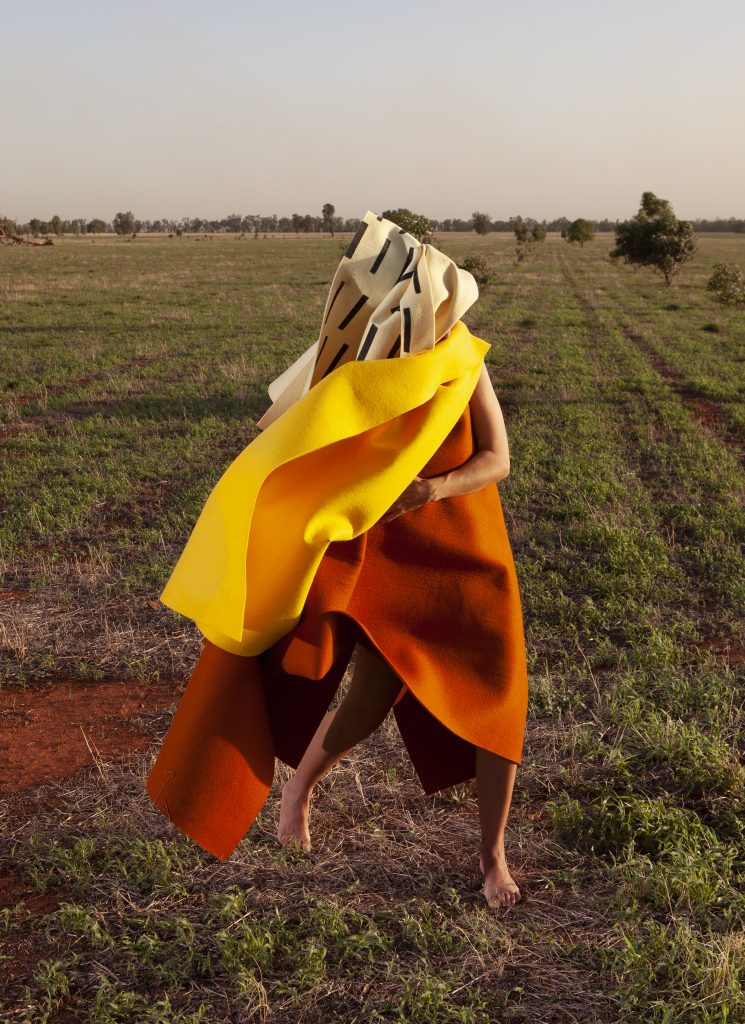 In Birdlike I aimed to summon the return of a small ground-dwelling bird, the Plains wanderer, Pedionomus torquatus, to a place that it vanished from long ago. Once common over vast areas of southern NSW and Victoria, its existence is now threatened, and birdwatchers like me will go to great lengths to see it just once in their lives. In these photographs, made on Wiradjuri country, near Narrandera NSW, the Plains wanderer makes a form of speculative reappearance, via signs as indirect as the flatness of the landscape, the vastness of the sky and the colours of the lengths of felt the performer is manipulating.

I came to this way of working a few years ago. Its two key components are my collaboration with a performer – here it is Kirsten Packham – and her improvisations with lengths of dyed and painted felt. I choose the performer carefully, as so much depends on her sensitivity to her surroundings and her ability to transmit it through her physical body. With its inherent density, softness and weight, the felt can amplify and enhance her movements and gestures, while exerting a strong presence of its own. I never know what will emerge from these sessions, only that it will be something new, arising out of that moment, that performance and that situation.

Until now I have preferred to work in the familiar environment of a photographic studio. Decamping to the landscape introduced many small and some not-so-small considerations: the texture of the ground underfoot, the ever-changing effects of early morning or late afternoon light, whether it was hot, cold or blowing a gale at any one moment. Small trees crept into the frame and started acting like performers themselves. As the photographs began to accumulate, I thought I could see an out-of-place, almost alien quality emerging. This was unexpected, but on reflection it seems consistent with the displacements that have already happened in this place, as well as with those others that may come in the future. – Anne Ferran, 2022.

This project is supported by the NSW Government through Create NSW, and the Cad Factory, Narrandera. 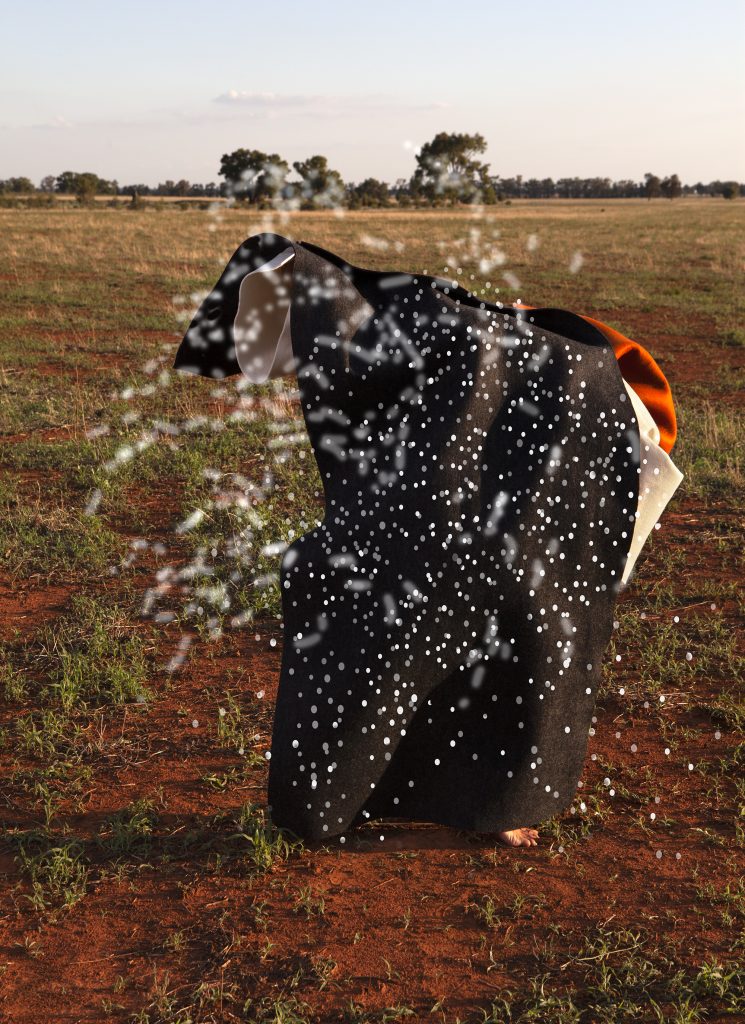 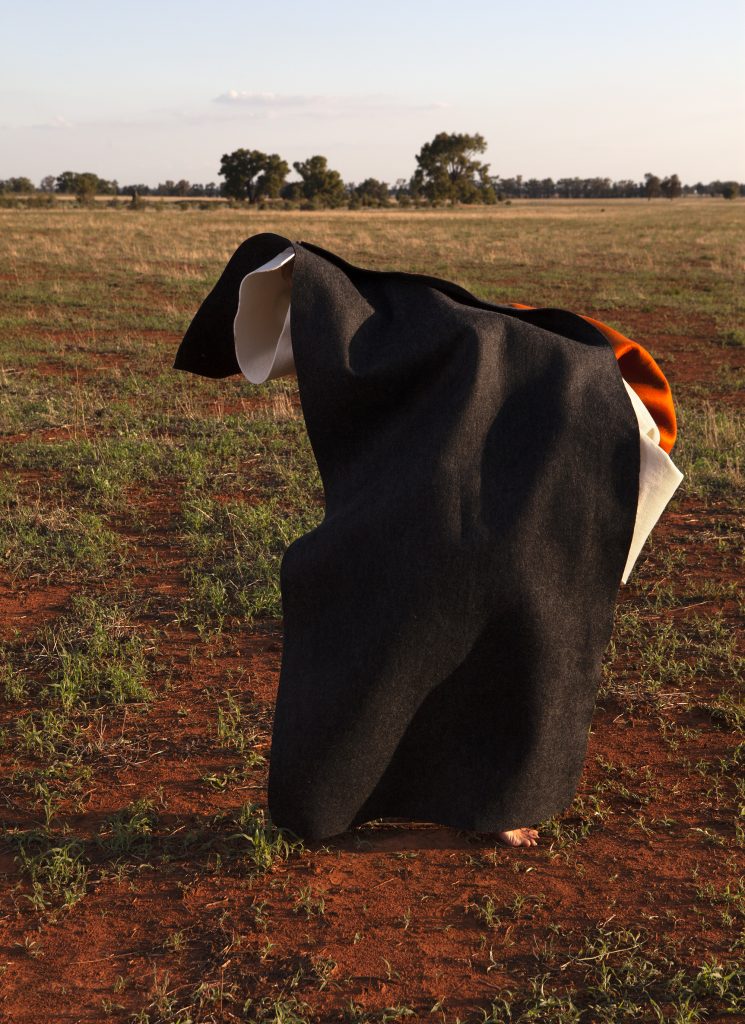 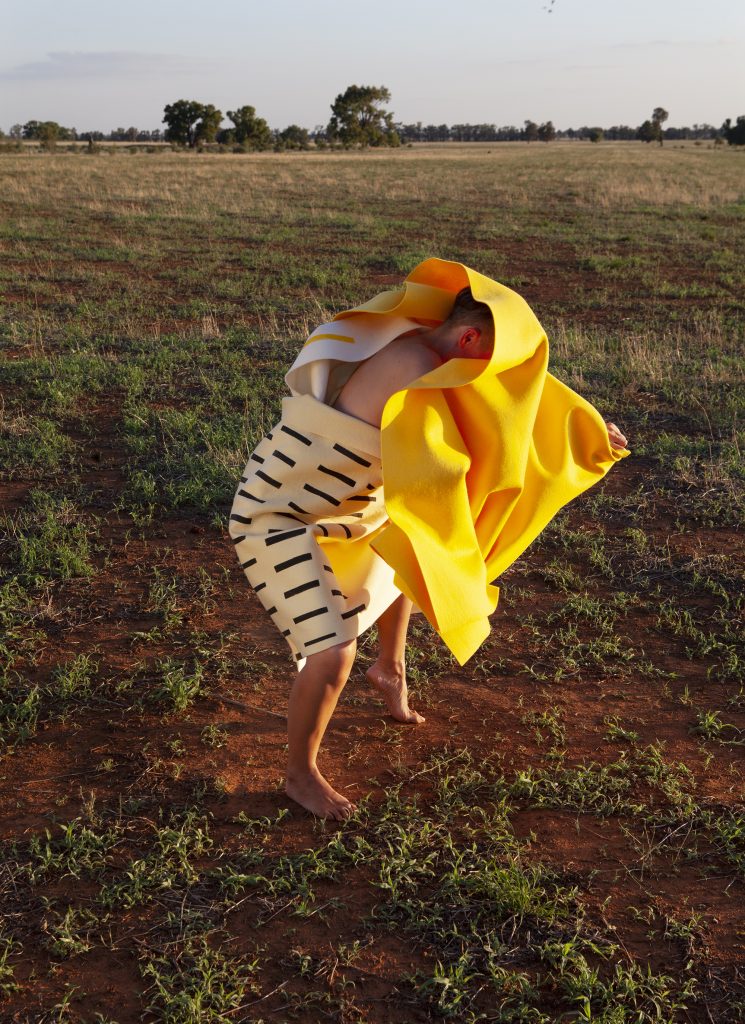 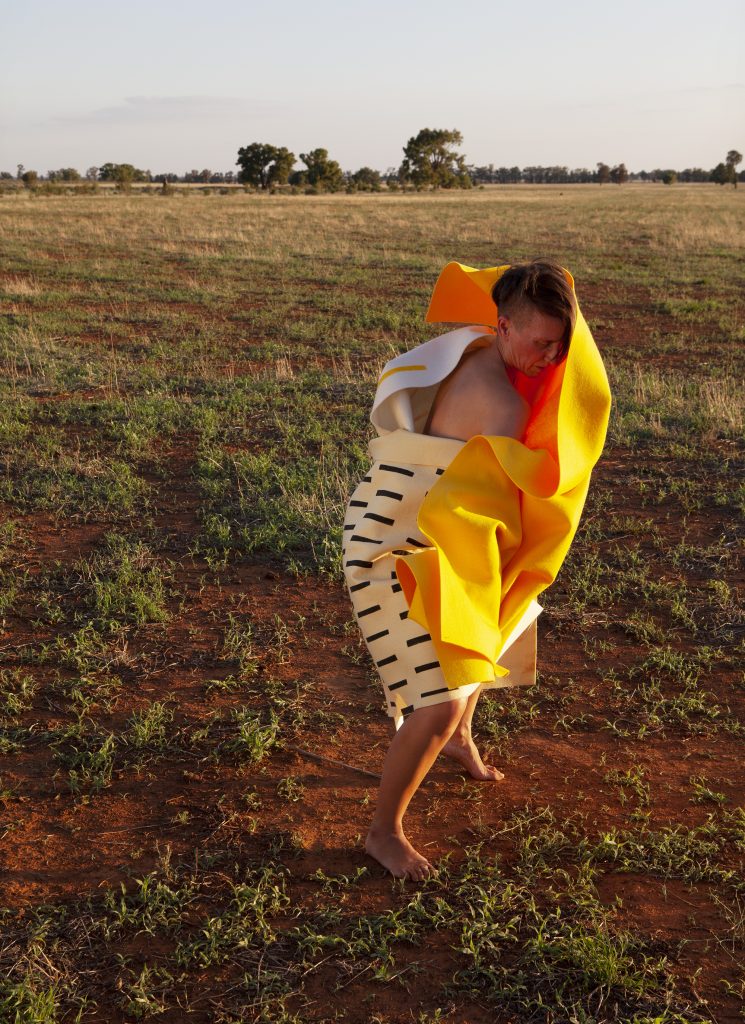 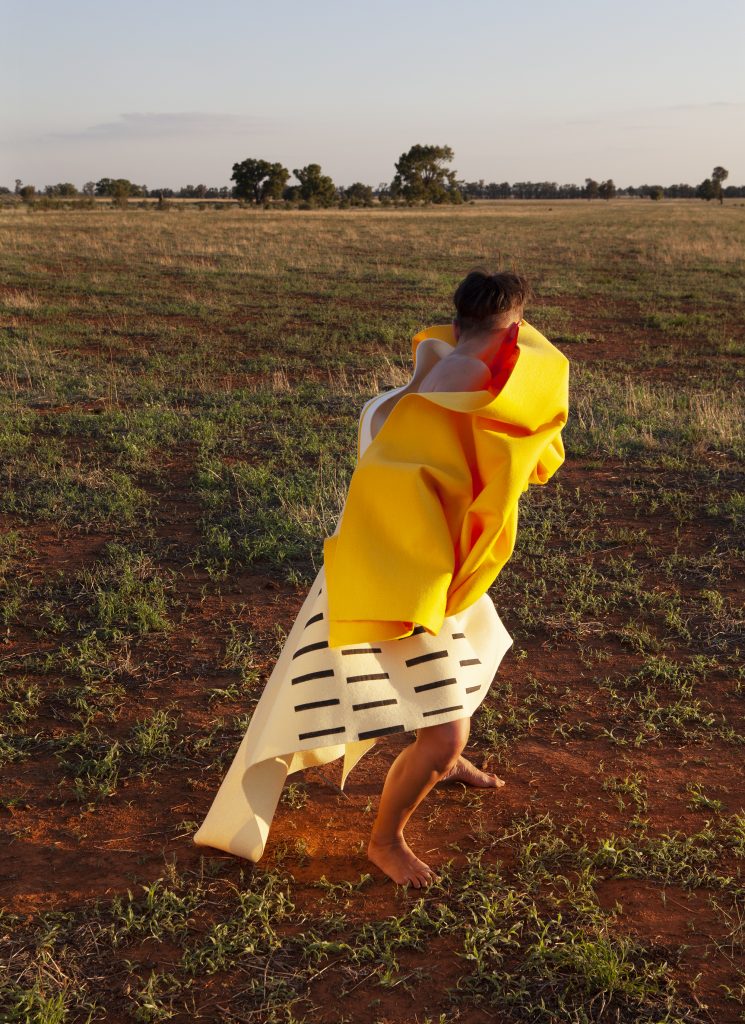 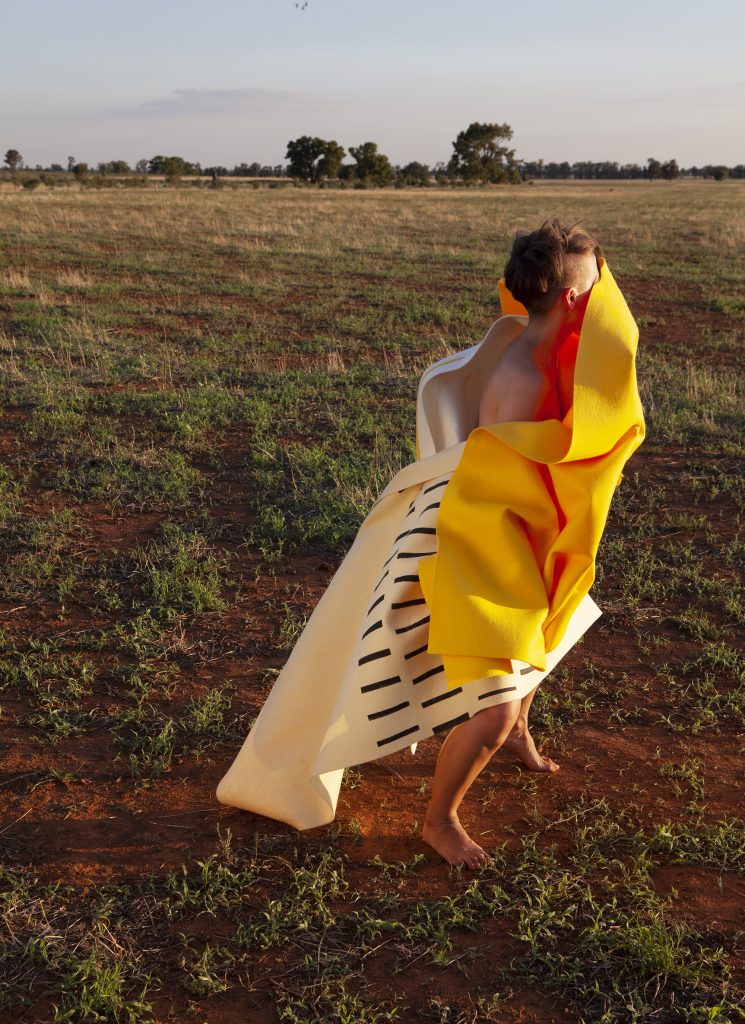 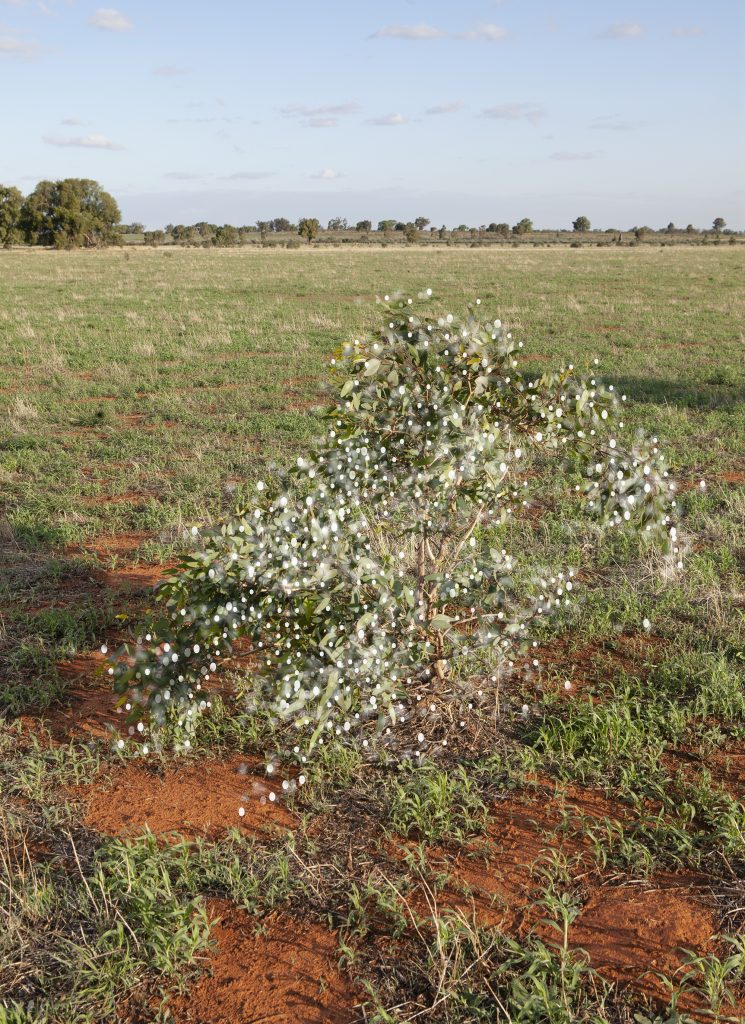 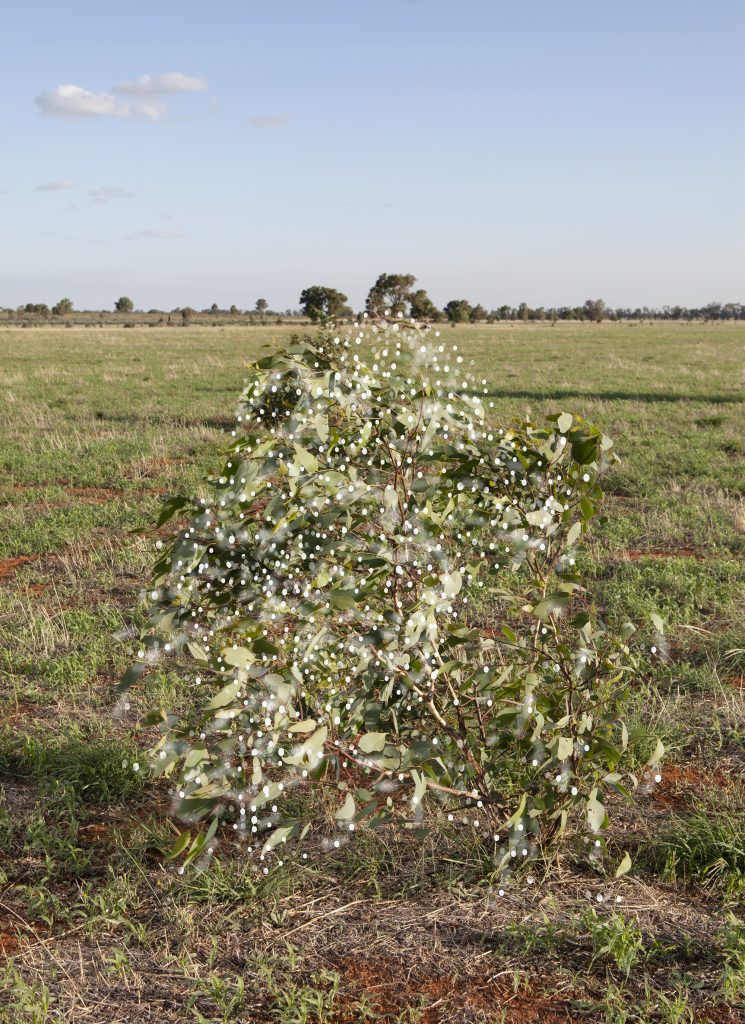 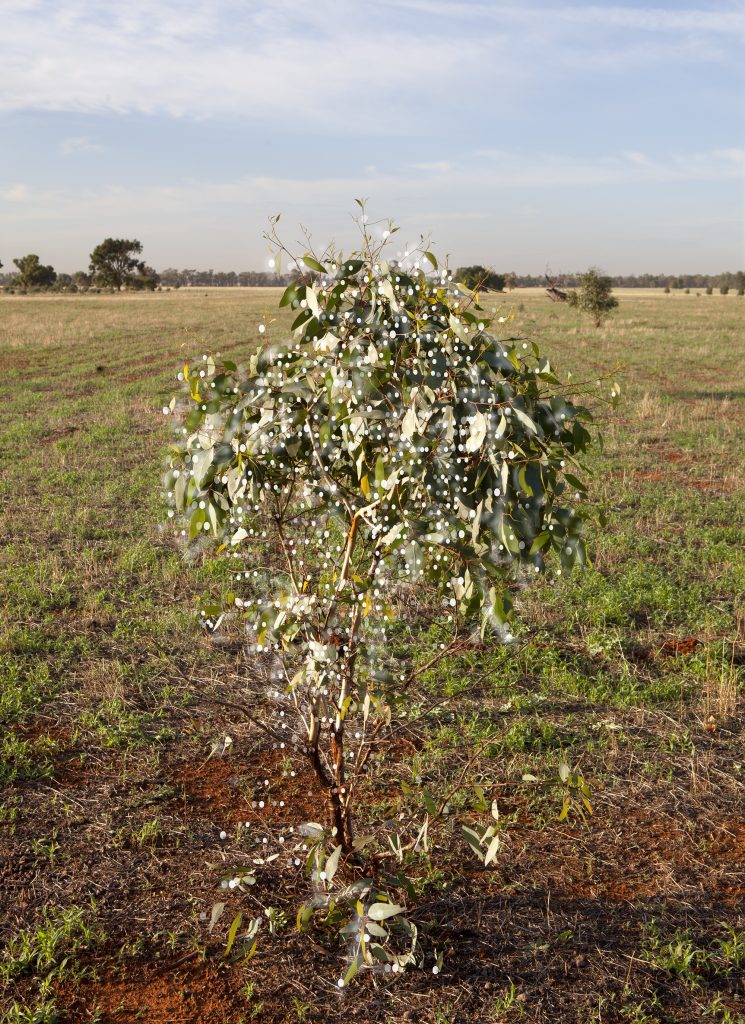 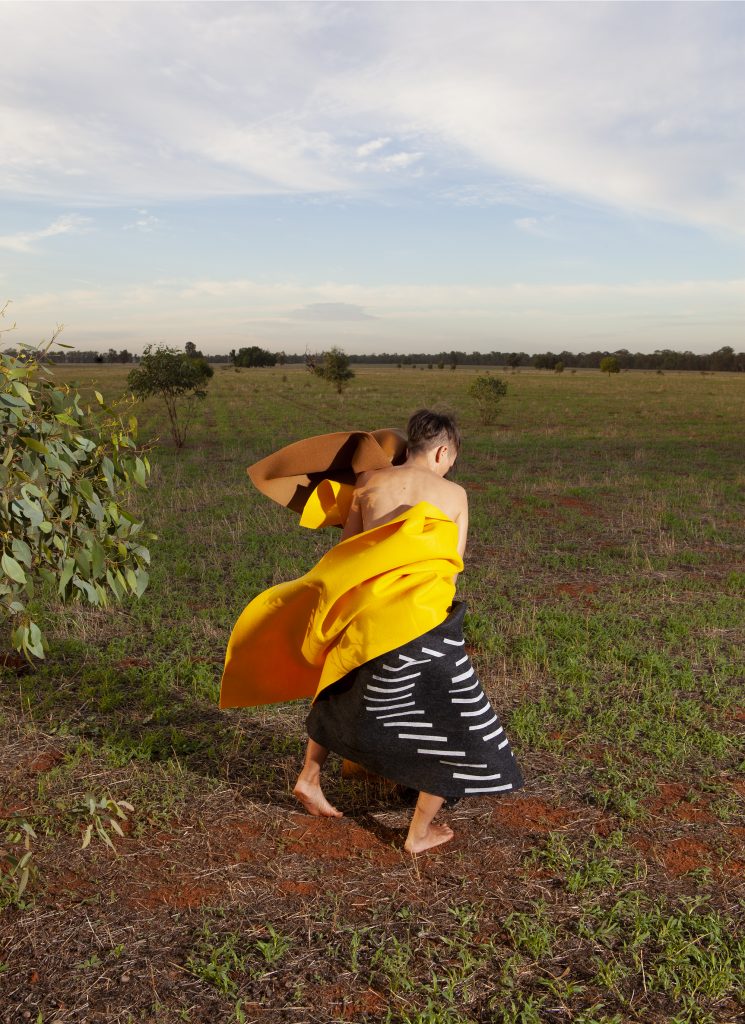 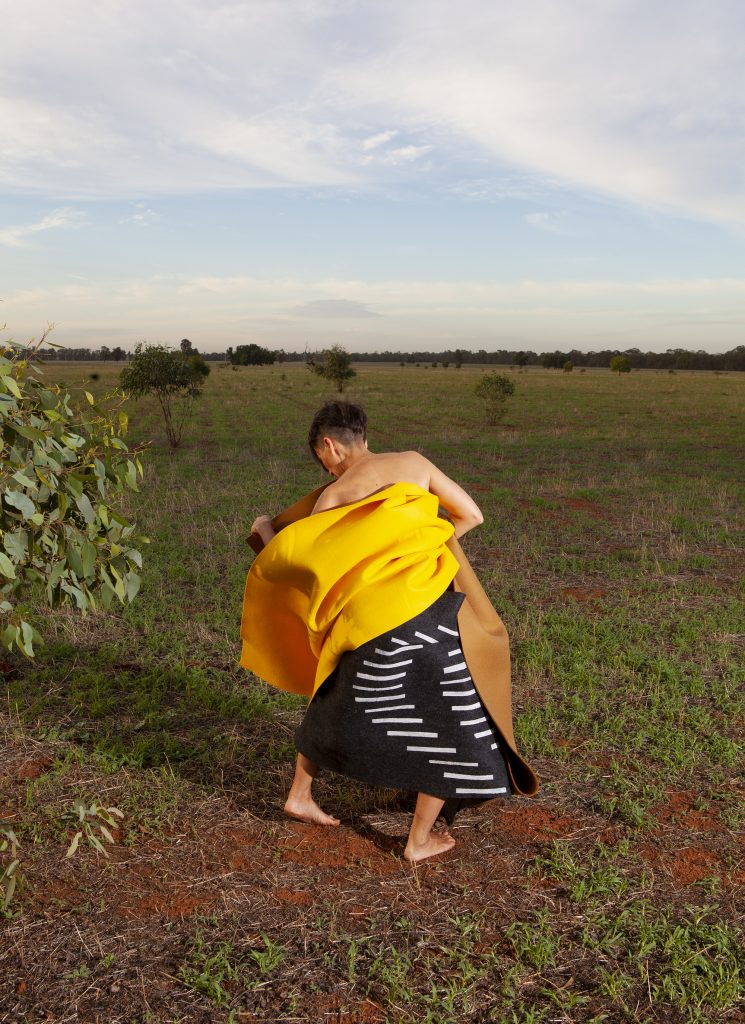 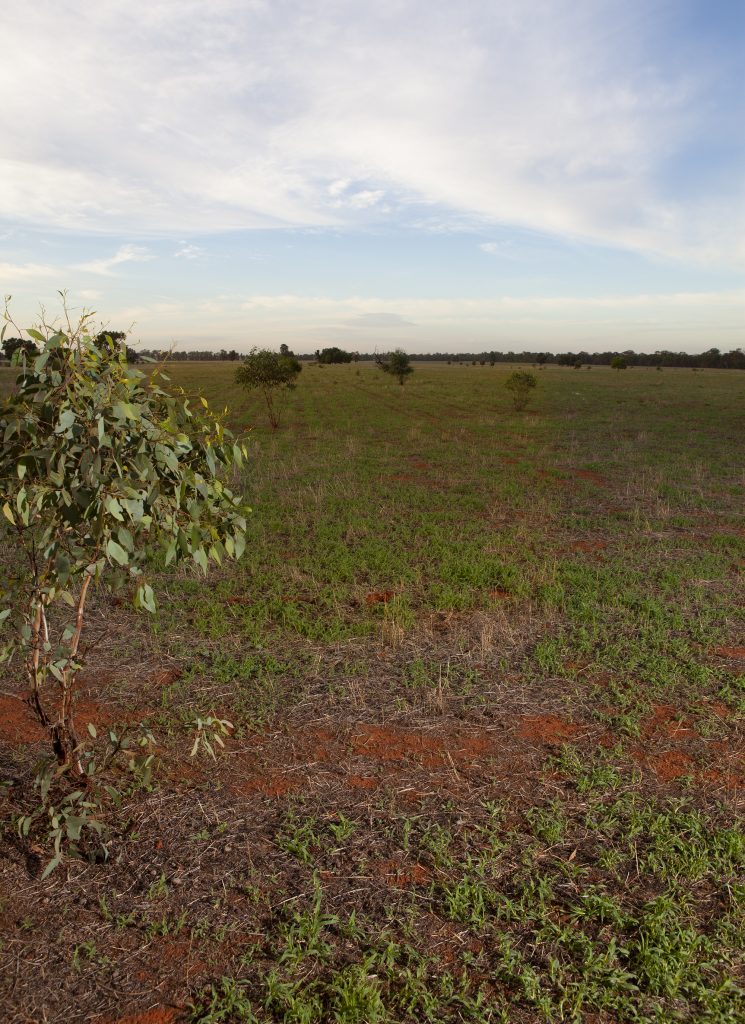