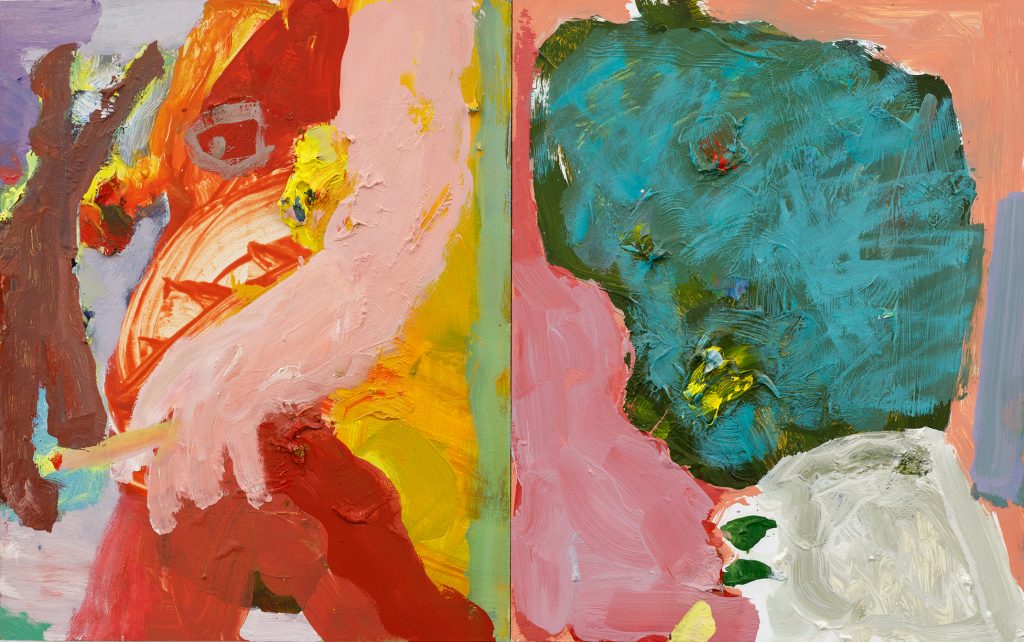 What’s that noise there 5

The influence of Karen Black’s background as a costume designer is a thread that can be traced throughout her career as a painter. In Arepo, Black brings the constituent elements of painting into dialogue with various theatrical conventions and operatic devices.

The suite of paintings What’s that noise there 1-17 (2021) can be read as a libretto in which the narrative for a speculative opera unfolds. Their double-panelled format reflects the symbiotic relationship between back and front stage, with characters emerging and extending beyond the picture plane as they transition between these two realms. Humble and uniform in scale, these small diptychs form the recitative – a monotonous style of singing that advances the plot by imitating the intonation and rhythm of speech. Black’s trademark brushstrokes and use of colour echo set and lighting design, denoting shifts in mood and tethering scenes together across multiple paintings.

The prima donna of Black’s opera – a large painting titled The Solo(ist) (2021) – is installed nearby at Flack Studio for the month of July. Isolated from the plot developing in her absence, she waits in the wings for her aria.