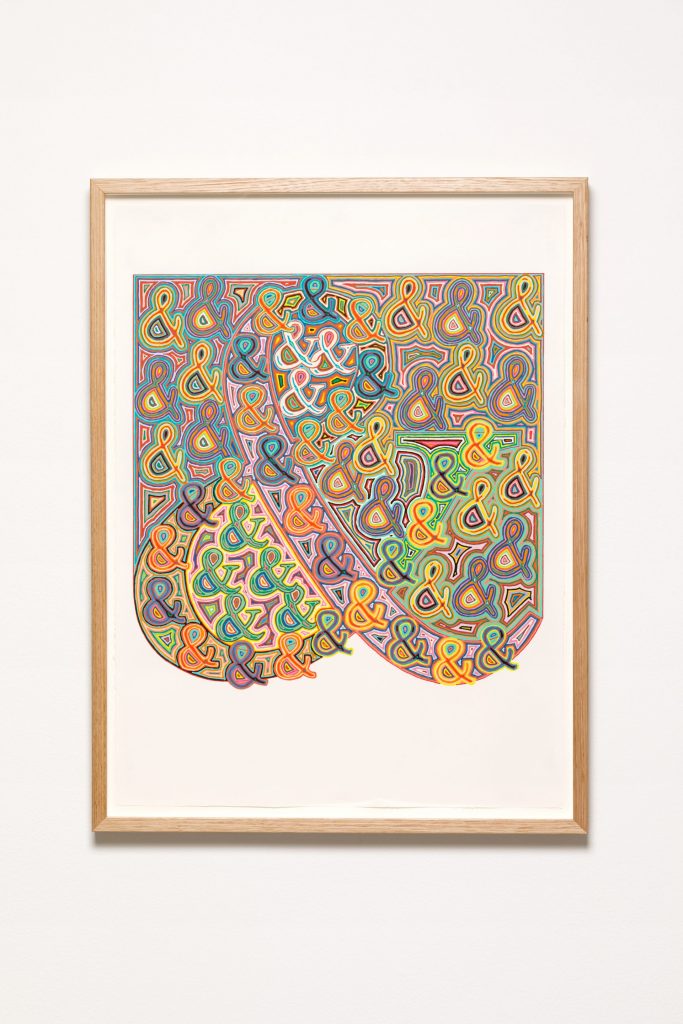 Nick Selenitsch’s exhibition, &, continues the artist’s interest in refuting Aristotle’s law of the excluded middle – the notion that an idea, or an experience, must be either ‘this’ OR ‘that’. In abandoning this binary logic, his artworks playfully advocate for the importance of indeterminacy and midpoints. In this new series of drawings, the mutability of the ampersand is celebrated – as both symbol and image; language and sensation; singular and multiple.

Selenitsch’s art practice promotes the artistic and social importance of play in the formation of understanding. Through a variety of media – installation, drawing, sculpture, and public artworks – his works create an elemental language out of familiar forms where the impulse to achieve the goal of singular understanding is both continuously acknowledged and endlessly eschewed. He has achieved this by incorporating the aesthetics and motifs of games, sports and civic markings to make artworks that flirt ambiguously with the rules and procedures of their source. 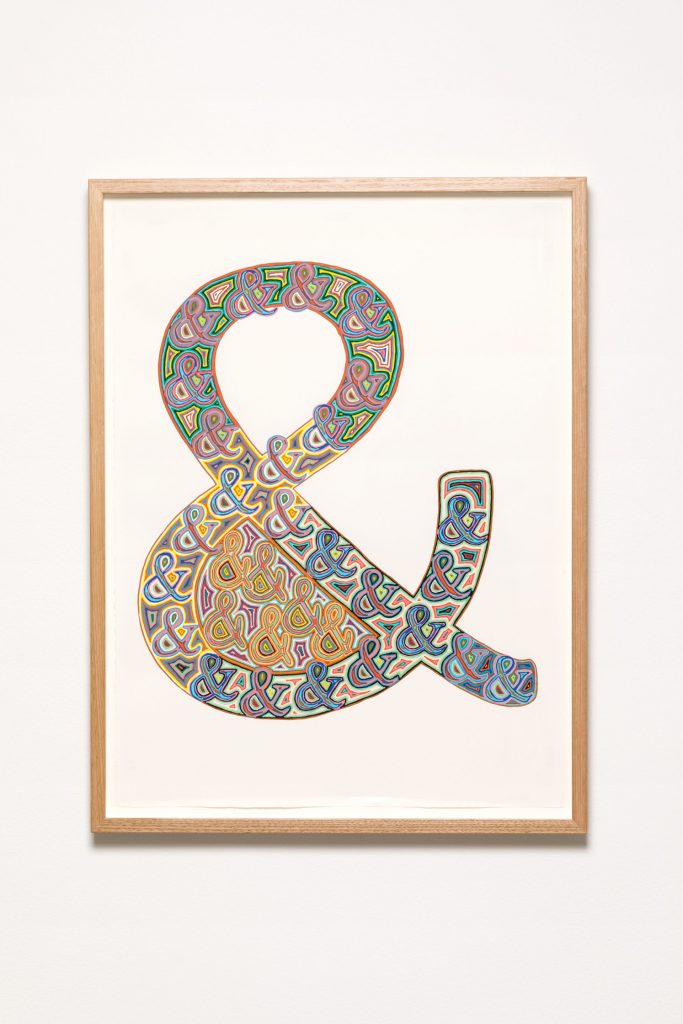 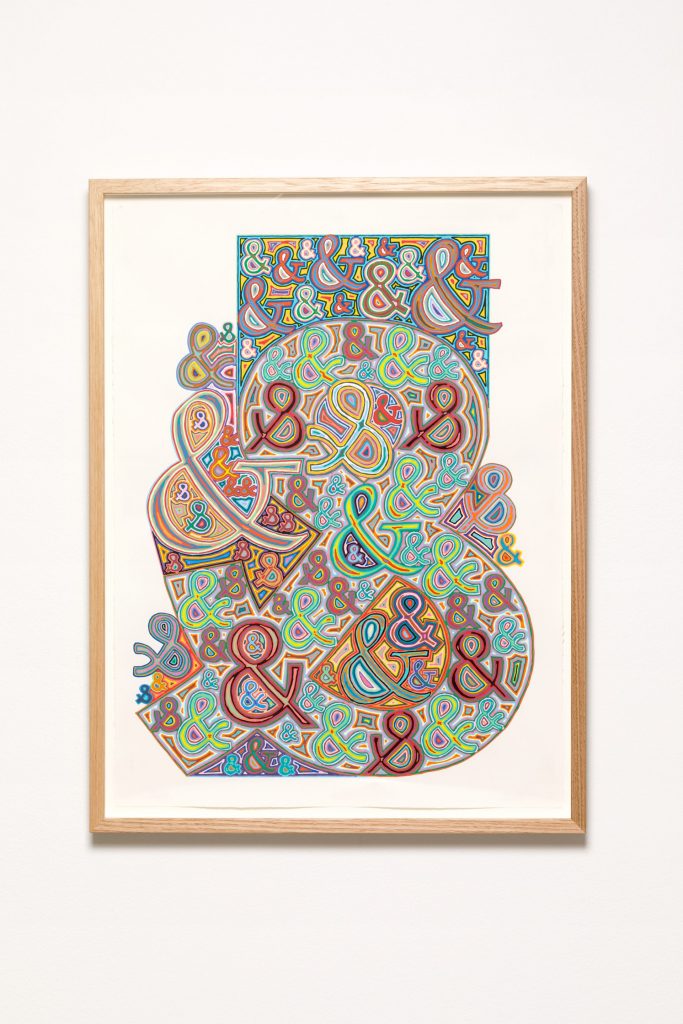 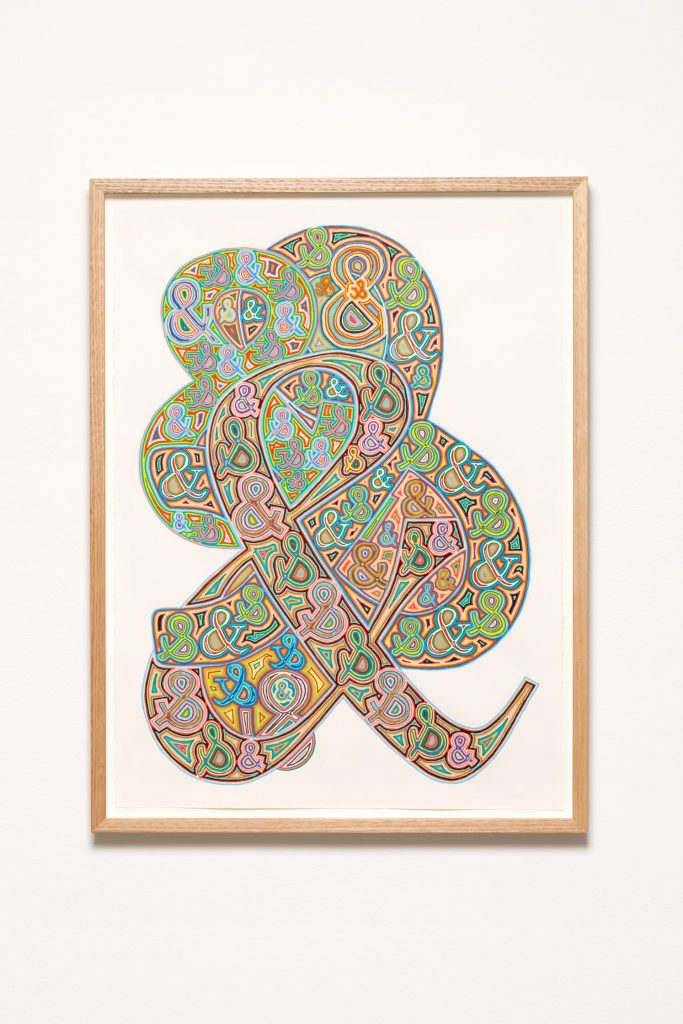 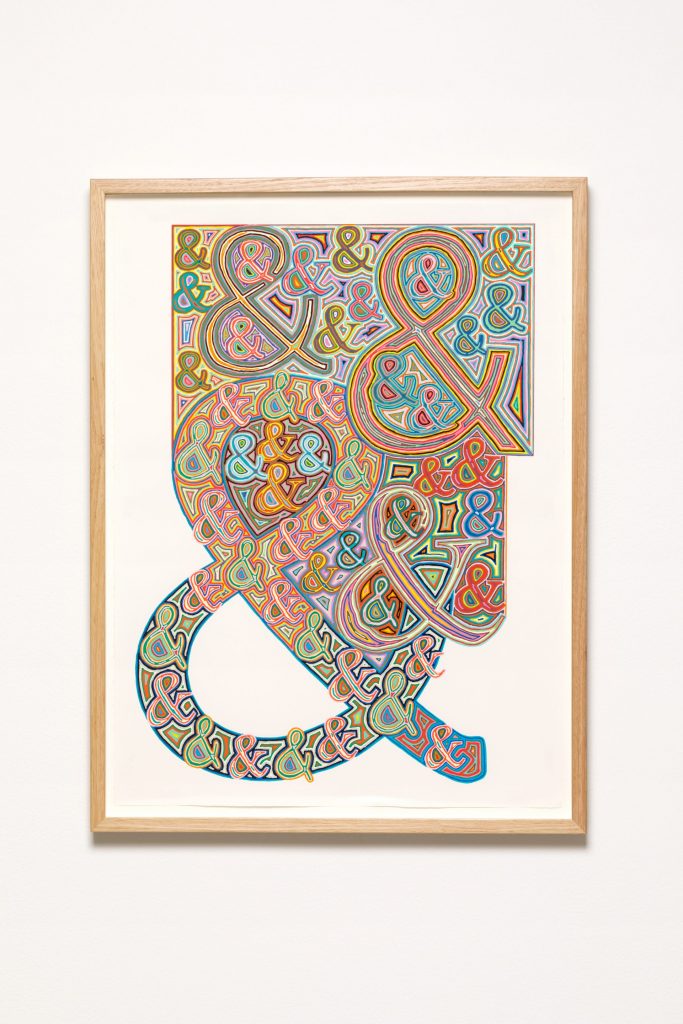